Opinion In defence of ASIC: there's more to regulation than prosecution

ASIC is under pressure to take every significant case to court. But that would delay justice and break its budget. 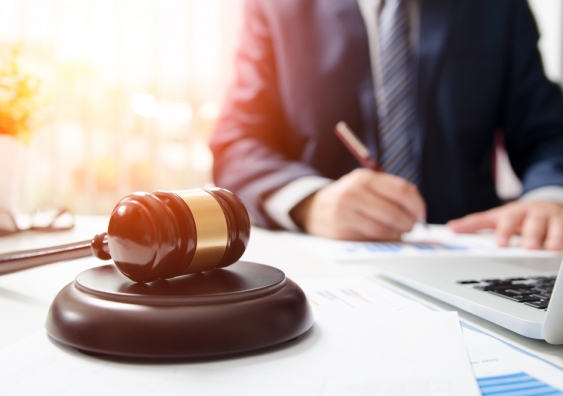 Taking banks to court might be crowd pleasing, but not the best use of ASIC’s resources. Image from Shutterstock

An irony of the banking royal commission is that it may end up having its greatest impact on an entity that isn’t a bank.

The Australian Securities and Investments Commission and its shortcomings have become a major theme of the Commission.

Whereas the banks have already implemented a host of changes in anticipation of the Commissioner’s final report, the future of ASIC remains in flux.

It is mentioned in the Commission’s interim report more often than any of the banks, apart from the Commonwealth and the ANZ.

ASIC has also become something of a whipping boy in media accounts of misconduct, frequently getting more column inches than the institutions it regulates.

ASIC under the microscope

The irony is deepened by the fact that many of the cases examined by the Commission came to its attention as a result of ASIC’s work.

In his interim report the Commissioner advocates a prosecutorial approach to regulation, going as far as to say that all breaches should be prosecuted unless public interest shows otherwise.

The Commissioner seems committed to the need to reinvent the regulator as an adversarial, proactive force.

Throughout the Commission hearings, ASIC has been depicted as gentle and overly fond of negotiated settlements rather than wielding the stick.

This week a Federal Court judge took a critical stand about a negotiated settlement reached by ASIC with Westpac bank.

Justice Nye Perram threw out a A$35 million settlement between ASIC and Westpac over the bank’s alleged failure to properly assess whether borrowers could meet repayments.

He told the parties he could not approve the requested settlement because there was no contravention of the law shown in the proposed terms of settlement.

One of the consequences of Justice Perram’s action is that now ASIC may have to prove a contravention in relation to each and every loan where it says Westpac was in breach. Negotiated settlements avoid this extremely expensive and time-consuming use of ASIC’s resources.

Before changes are implemented to sharpen ASIC’s teeth and commit more scarce public funds to expensive court proceedings, it’s worth reflecting on the realities of enforcement.

All regulators use a mix of negotiation and litigation. This includes the Australian Competition and Consumer Commission, which has been commended by the Commissioner.

In the financial year 2016-17, the ACCC initiated 24 new civil cases, instigated one criminal conviction, accepted 14 enforceable undertakings, and received payment for 11 infringement notices with a total value of A$115,200.

In the face of misconduct on display at the royal commission, talk of tackling the banks head-on is understandable.

The signs of a greater commitment to court proceedings are already apparent: the appointment of Melbourne-based lawyer Daniel Crennan as a new Commissioner responsible for enforcement, more staff, closer relations with the Director of Public Prosecutions, and tough talk.

ASIC is at a crossroads.

Greater reliance on the courts may well be characterised by delay, smaller compensation for customers, ballooning costs and, as a result, a shrinking budget for detection and investigation.

Even with the then Treasurer Scott Morisson’s A$70 million injection to boost enforcement, ASIC’s total budget pales in comparison to the deep pockets of the big four banks.

Getting onto the front foot needn’t always mean going to court.

Negotiated settlements like enforceable undertakings with more penetrating terms can be just as effective as going to court, as can stronger surveillance and investigation.

In times with less frenzied scrutiny, enforcement outside courts wouldn’t be seen as a sign of weakness, but of judgement. ASIC ought to be judged on its results and left to exercise a mix of enforcement strategies under its independent powers.

Enforcement outside the court system does not mean capture or weakness. Lawyers at ten paces is not the only way to regulate the banks.

The question we are all asking: how will the royal commission report bring fairness to financial services?