Whether via a submarine or a whale, spying is a violation of state sovereignty, says Professor Natalie Klein from UNSW Law. 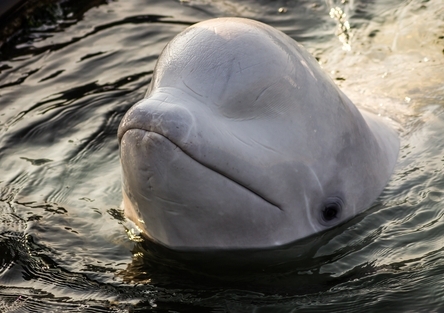 Recently, fisherman in Norway stumbled on a mysterious beluga whale wearing a harness. The words “Equipment of St Petersburg” were embossed on the strap, sparking speculation that the mammal had been trained by the Russian military to gather intelligence. Dubbed by many as the ‘Russian spy’ whale, it made headlines around the globe.

Militarised sea mammals have been used in naval operations in the United States and in Russia for decades, but do they violate any form of international law? Professor Natalie Klein says while the subject is fascinating, it is multifaceted and there are no straightforward answers.

How do espionage laws work?

International law doesn’t have a general prohibition on espionage or ‘spying’. This is because covert activity is often difficult to prove, and almost every country has participated in some form of espionage. There are rules, however, around protecting territorial integrity, which place a limit on what kind of surveillance can happen and where.

Oceans are regulated through rights and responsibilities that change across a variety of maritime zones. The closer you are to a country’s coastline, for example, the more authority that country has over activities within those waters.

Professor Klein explains that under a right of innocent passage, vessels are able to pass through another state’s territorial waters, provided they move continuously and don’t engage in any sort of surveillance.

“This right of innocent passage is interesting because it’s entirely predicated on the idea that it's a ship going through your waters ... but what if you're sending a whale in?

“In that case, the coastal state still has sovereignty. Norway – if it's the target of the operation – would have laws determining what kind of activities are prohibited in its waters.

“So, if another country is sending an object in for the purpose of spying – irrespective of whether it's a whale, or a submarine or a ship – then it is violating Norway’s territorial integrity – especially if it’s collecting information that might be prejudicial to the state.”

Professor Klein also points out that, because the beluga was only wearing a harness – without a camera or weapon attached – it’s hard to determine whether it was part of a broader espionage project.

What about the beluga whale as a protected species?

The beluga whale has been listed as an endangered species since 2008. It appears on Appendix II of the Convention on International Trade in Endangered Species (CITES) which means there are restrictions controlling the trade of endangered animals. Yet according to Professor Klein, these don’t go far enough.

“The convention limits your international trade, which essentially means removing marine life from the water and selling them to another country. In this instance, Russia isn't really taking them from the sea.

“CITES doesn’t cover a situation where a country takes an endangered species – such as the beluga whale – and keeps them in their own jurisdiction.”

The UN Convention on the Law of the Sea says there is a general obligation for states to protect and preserve the marine environment. It is arguable, therefore, that indoctrinating an endangered species of whale is breaching this clause of protection.

“If you are taking one of the main species within an ecosystem and training them to do activities that aren’t natural, it can be argued you are violating the Law of the Sea by harming the welfare of living creatures within our oceans,” says Professor Klein.

So, who is responsible for the whale?

The beluga whale - which was reportedly discovered near the tiny Arctic island of Ingoya due north of Hammerfest - technically entered Norway’s economic zone, but at what point does Norway have the rights to conserve the whale? 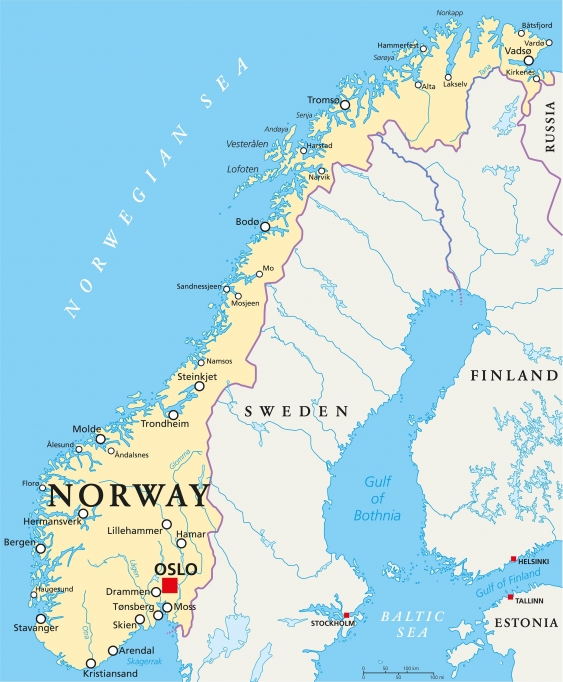 Map of Norway, including a border with Russia in the far north. Image from Shutterstock

There are two other main maritime zones outside Norway’s territorial sea: the Exclusive Economic Zone (EEZ) and the high seas. In the EEZ, the coastal state has sovereign rights to manage, conserve, explore or exploit all living resources in that area.

These laws change once you reach the high seas – open ocean that isn’t within a state’s territorial waters. It’s the common property of all nations therefore no state can assume sovereignty.

There is an obligation to protect and preserve the marine environment under the high seas, but states are also allowed to conduct military activities.

“Surveillance is prohibited in the territorial sea, because that violates the sovereignty of a coastal state,” Professor Klein says.

“States can conduct military activities in the EEZ and on the high seas, however. This includes activities such as: all manner of surveillance, conducting surveys of underwater depth and military training.”

“So, you could argue it is legal to have whales wearing cameras because the surveillance is consistent with freedom of navigation and other related uses.”

However, nations are prohibited from activity that “threatens the peace, good order or security of the coastal states” in the territorial sea, and states must not threaten or use force against other states beyond the territorial sea. Professor Klein says if the whale was sent from the Russian military, more would have to be known about its military purpose to know if the whale’s presence in Norwegian waters was unlawful.

It’s hard to know what Russia’s objectives were by unleashing a harnessed beluga whale. It’s fair to say that the waters become murky when investigating whether this was indeed a breach of international law.