Opinion Do the governance experts at the World Bank have a governance problem?

The World Bank risks looking hypocritical and becoming redundant if it doesn't improve its own management, writes Usman W. Chohan. 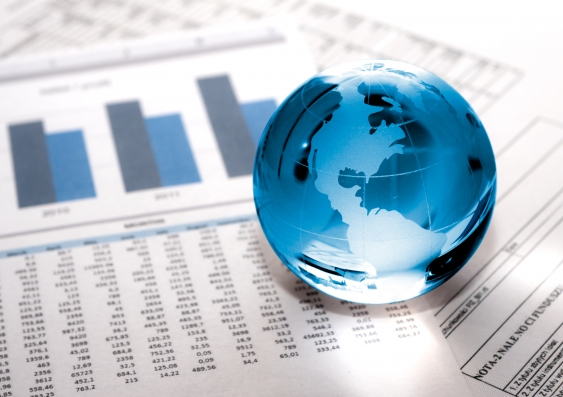 OPINION: As a source of financial and technical assistance to developing countries around the world, the World Bank should be an example of how to manage transparently, with accountability and inclusion. Yet the bank isn’t following the principles of good governance when it comes to the bank itself.

If the World Bank wants to stay relevant and a part of the process of creating global agreements, it needs to keep up with other agencies that are improving transparency. If it doesn’t, it risks becoming redundant to similar international agencies like the Asian Infrastructure Investment Bank.

One striking example of how the bank is falling behind is in the selection process of its president. The incumbent president of the World Bank, Jim Kim, was recently appointed for a second term in a process that was largely devoid of transparency.

The selection process has been mired in intense internal lobbying from both the president and stakeholders in his candidacy, both through personal visits to countries such as China and India and then at multilateral forums such as the G7 meeting in Japan this May. As incumbent, the president has the power to make deals and promises contingent upon his selection.

The process normally lasts several months so that countries might offer alternative candidates, but this was cut to mere weeks this time around. That made it impossible for other countries to put forth other qualified names.

What is the biggest consequence of the World Bank refusing to apply its own medicine? Perhaps the most severe effect is the resulting organisational disgruntlement.

The World Bank Staff Association has openly articulated its disappointment in a published letter:

“We preach principles of good governance, transparency, diversity, international competition, and merit-based selection. Unfortunately, none of these principles have applied to the appointment of past World Bank Group Presidents.”

Discontent among senior and mid-level staff is rife. In four years, the president’s office has had five chiefs-of-staff.

Heads of departments are leaving. According to a survey, World Bank staff also fear blowing the whistle. Only a third believed that senior management created “a culture of openness and trust”.

It’s been a problem for a while

The World Bank’s governance problem has been a concern for many years. For the past three decades at least, academics have called for the bank’s leadership selection process, its constitutional rules, decision-making procedures, staffing and expertise and the balancing of stakeholders’ rights to be reconsidered.

In the early 1990s the World Bank became a strong advocate of high standards of “legitimacy”, “representation” and “accountability” for the countries that sought to borrow from the bank. These standards were given the collective title of “good governance”.

Yet the World Bank has had a difficult time demonstrating this in its own workings. Part of the problem lies in what the World Bank considers participation and inclusion – a problem of double standards.

Typically, the World Bank has thought of “participation” as informing stakeholders of what it is doing, rather than taking input from stakeholders in the decision-making process. For example, the bank tells stakeholders who should be president, rather than having a transparent selection process where stakeholders have a say.

This extends to other aspects of the bank, such as in the priorities and type of research it conducts. This should reflect the bank’s diverse stakeholders, but that’s often not the case.

For example, during the presidency of Ronald Reagan, when the neoliberal agenda came to the front-and-centre of political discourse, the World Bank disfavoured research on debt relief because it was an approach in line with the political left.

The risk of becoming redundant

Consider the United Nations, a similar multinational body which is also 70 years old. It has gone through far more reform, which is why UN candidates are being more transparently elected over a longer time. While it too does not have a fully transparent process, at least UN nominees are able to present a stronger case for their candidature and devise more thorough plans, while also making these plans more evident to all stakeholders.

In the longer run, the question of exercising good governance is part of the World Bank’s need to stay relevant. The World Bank operates in a world very different from that which existed when it was created. This was immediately after the second world war, when the allied countries were assigned voting shares based on their gold and dollar holdings.

If important countries consider the World Bank to be a relic of a bygone era, they will find alternative mechanisms to conduct multilateral engagements. This is already happening through powerful new institutions such as the China-led Asian Infrastructure Investment Bank, which has begun approving lending in conjunction with other banks for projects in countries such as Pakistan.

The World Bank promised as far back as 2011 to improve transparency, but changes haven’t been made.

“an international call for candidates, women and men, with clear qualification criteria, followed by nominations and a long-listing process handled by a credible search committee, together with a transparent interview and selection process”.

Through such changes, the governance experts might finally begin to resolve their own governance problem.

Usman W. Chohan is a Doctoral Candidate in Policy Reform and Economics, UNSW.