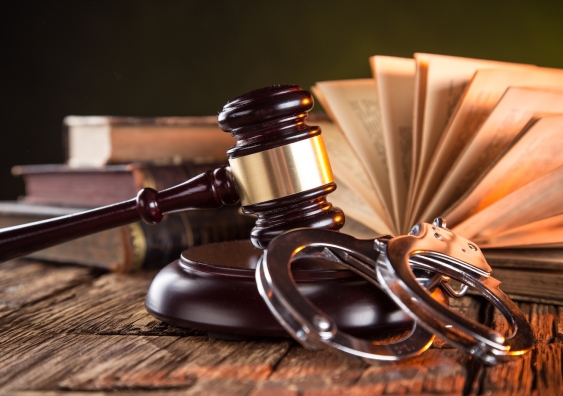 There are a number of assumptions that underlie deterrence. Photo: Shutterstock.

It’s easy to think that the threat of punishment will simply dissuade someone from doing the wrong thing. But it turns out that deterring would-be criminals by instilling doubt or fear of the consequences is more tale than truth.

“Deterrence is very largely an article of faith,” says UNSW Law Emeritus Professor David Brown. “I call it sentencing’s dirty secret because it’s just assumed that there is deterrence … but what the research shows is that the system has little to no deterrent effect.”

The criminal justice researcher says harsher punishments, such as longer prison sentences, not only do not prevent crime but may actually have the opposite effect.

“What research is increasingly showing is that imprisonment itself and punishment more generally is actually criminogenic – it makes it more likely that people are going to re-offend,” he says.

The myth of deterrence

Professor Brown says harsher punishments that both aim for general deterrence – that is to deter the population at large – and specific deterrence to deter the individual, from re-offending in future is unfounded.

“The severity of punishment, known as marginal deterrence, has no real deterrent effect, or the effect of reducing recidivism,” he says. “The only minor deterrent effect is the likelihood of apprehension. So if people think they’re more likely to be caught, that will certainly operate to some extent as a deterrent.”

Deterrence is an area plagued by assumptions and is under-researched, he says. There are several common narratives about deterrence that are questionable, such as assuming the offender knows the law and is aware of the penalties.

“The courts actually refer to [deterrence] as a structural assumption of the system,” he says.

“While many people know that particular conduct is wrong … they certainly might not know the specifics of particular kinds of offences. For a lot of public order offences, they are so broad and nebulous that people don’t really know whether their behaviour comes within, for example, offensive behaviour.”

Another assumption is that people who commit crimes engage in a rational calculation with the likelihood that they will be apprehended, prosecuted and convicted, he says.

'The severity of punishment, known as marginal deterrence, has no real deterrent effect, or the effect of reducing recidivism.'

“A large number of crimes are what we call expressive crimes – that is they are affected by anger, rage, depression, drug or alcohol use, indicators of psychological disturbances,” he says. “So people are not turning their mind in a rational, calculating way, using cost-benefit of whether the punishment outweighs the benefit.

“There is the assumption too that people are acting in a vacuum, that they’re not influenced by a range of economic, social and cultural factors that provide the context within various forms of offending occurs.”

Professor Brown says we only need to look at the high rates of recidivism for past offenders to know that imprisonment doesn’t work in reducing further crime.

“Roughly around 60% of the people sentenced to prison have previously been in prison,” he says.

There are a number of civil disabilities that stem from imprisonments, such as exclusion from the job market, de-skilling and lack of access to housing, which lead offenders back to crime.

“It’s very hard to get a job with a criminal record, and particularly if you’ve been sentenced to imprisonment; it is so stigmatised,” he says. “People, for the period that they’re imprisoned, are not learning any new skills for employment.

“Imprisonment hinders the possibility of people making reparation, paying off debt, and increases the likelihood of homelessness, and in some cases can break up contact with families.”

He also says there is an economic argument for fewer people being sent to prison, in that it would be a substantial saving to the community.

“It’s roughly about $300 per day to keep someone in jail, whereas, it’s roughly $23 a day for someone in community corrections,” he says. “So the money could go back into schools, hospitals, supportive housing, drug and alcohol programmes, and employment programmes.”

While the criminal justice system is not directly responsible for the major causes of offending, he says it is important to note that it largely aggravates and exacerbates them.

“It’s important to look at recidivism rates and point out that community corrections produce lower recidivism rates. But it’s also important to not have too much expectation that the criminal justice system will solve what are essentially social, economic and cultural problems,” he says.

Professor Brown believes we also need to reorient courts towards a ‘triage station’ approach which addresses the social, economic and cultural problems that lead people into offending.

“To some extent, that is done in some courts, such as the Drug Court, or indeed another good example is circle-sentencing for Aboriginal/Torres Strait Islander people where they go before a panel, comprising local community elders and others from within the community.

“I think we also need to look at why people tend to think of the criminal justice system as being there to provide protection against individual wrongdoers, rather than what it is.”

He says what appears on the surface to be “a means of dealing with offenders so that the rest of us can live untroubled” is really an institution.

“[It’s] as David Garland has noted, a very complex institution which is an expression of state power, a statement of collective morality, a vehicle for emotional expression, embodiment of current sensibilities, [and] a set of symbols which display a cultural ethos.

“While there’s so much emphasis on re-offending and recidivism, what we need to face as a society is that punishment is created never to succeed to any great degree. The conditions that induce conformity ... lie beyond the jurisdiction of penal institutions, in social policy, in economic policy, in people’s degree of marginality.”