There is a discrepancy between people's intentions to protect their privacy and how they behave when it comes to contact tracing apps, a new study says. 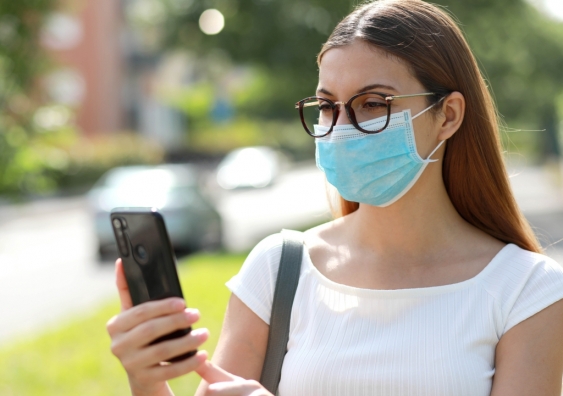 While the COVIDSafe has federal privacy protection laws, state-specific apps may not have the same level of legislated protection. Photo: Shutterstock

In April 2020, Prime Minister Scott Morrison urged the public to download the national COVIDSafe app, which he described as “Australia’s ticket to a COVIDSafe Australia”. By January 2021, roughly one-third of the Australian population with internet access, some 7 million people, had downloaded the app. By June, the app had identified 17 close contacts in New South Wales. The app works by tracking close contacts who have been within 1.5 metres of each other for at least 15 minutes. Recently, some experts questioned the efficacy of this exposure window, given the new Delta variant appears to transmit faster and at a shorter distance.

Last year, some experts also raised concerns about COVIDSafe data being used beyond contact tracing by authorities. There were even concerns the US Government could gain access to the data in the national data store, which Amazon Web Services were holding. When asked about these privacy concerns, the government assured Australians the app would only record encrypted user IDs, dates and times of contact, Bluetooth signal strength, and phone models.

But was this enough to reassure the public? How have privacy concerns impacted people’s intentions to download the app?

One study, Privacy concerns and digital government: exploring citizen willingness to adopt the COVIDSafe app, examined the impact of individual privacy concerns, trust, and risk perceptions on people’s desire to download the federal contact tracing app, and suggested ways governments could improve their approach during crises in the future. 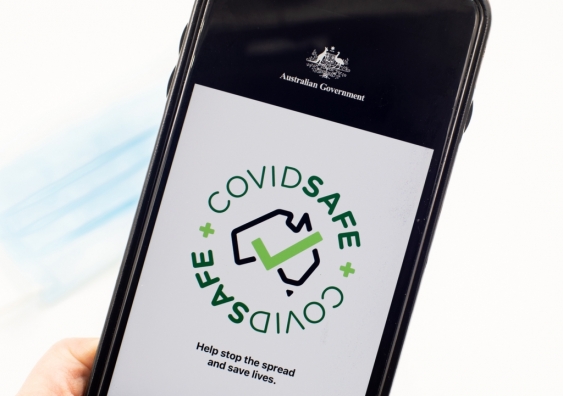 The study showed the ‘relative advantage’ in downloading the COVIDSafe app versus not downloading it increased the intention to use it. Photo: Shutterstock

The researchers conducted an online survey of 209 Australian residents between 8 to 13 October 2020. Almost 57 per cent of respondents had downloaded the COVIDSafe app, despite their concerns. The researchers explained the reason for this was due to 'relative advantage' – it was better to have the app than not. General trust in the government was another reason why some people chose to overlook the privacy issues and download the app despite initial concerns.

The findings did not support the researchers’ initial hypothesis that information privacy concerns would result in people avoiding the app. They concluded that in future crises, people would likely be willing to embrace mobile contact tracing initiatives as opposed to other forms of manual paper-based contact tracing, even when there were privacy concerns, because it was better than doing nothing.

In this way, the findings reinforced the prevalence of the privacy paradox: a phenomenon that described the discrepancy between individuals’ intentions to protect their privacy and how they actually behave.

Prof. Carter explained: “People say information privacy is really important, but then they behave in ways contrary to that.”

While the COVIDSafe app has federal privacy protection laws, state-specific apps may not have the same level of legislated protection. The researchers suggested future studies could compare the privacy concerns of COVIDSafe vs state-specific QR codes and see if there was a difference.

The study recommended the government should not leave people out or focus solely on digital solutions when it comes to contact tracing apps. Photo: Shutterstock

Governments must address the digital divide

One of the paper's recommendations urged the government not to leave people out or focus solely on digital solutions. Remote communities may not be as technologically savvy or involved, and those people also have higher risks of negative health implications overall, explained Mr Lin.

“Trust isn’t created overnight. The Australian government is a pretty trustworthy government in the eyes of Australian residents, and that’s why the country has done quite well in response to the pandemic,” he said. Nevertheless, the findings reinforce the importance of governments in Australia and abroad in having an inclusive approach to the coronavirus mitigation strategy.

Roughly 10 per cent of the Australian population are offline and people aged over 65 years remain the least digitally included, with affordability the most significant barrier to internet access. So that contact tracing apps were effective in the future, Mr Lin said, governments should do more to ensure there were alternative options such as an offline version of the website or app, for citizens who did not have access to mobile phones or the internet.

Prof. Carter added: “There’s a term called the digital divide that talks about those who have access and the skills necessary to use technology effectively and those who do not. So for any service (that most government agencies make available), typically, it can’t just be a digital solution. There should be a suite of options so that nobody is left out.”

The government could, for example, expedite the delivery of more affordable internet technology to the remaining population. This would increase citizen connectivity with e-governments and potentially increase uptake of e-government and e-health initiatives, said the researchers. 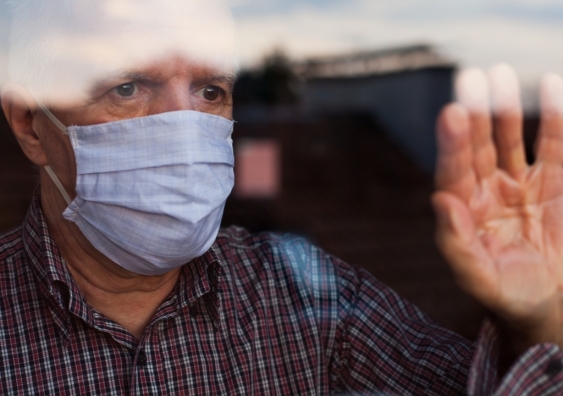 The digital divide is the gap between those who have access to and the skills necessary to use technology effectively with those who do not. Photo: Shutterstock

The government could also explore the success of state-level apps compared to the federal contact tracing app. In addition, federal and state governments could share some of the best practices they had learned. New legislation would also provide additional protections to app data to alleviate information privacy concerns,  the researchers said.

“Australia did a good job of responding to an unprecedented global pandemic. There is an opportunity for future research to explore how the federal and state-level governments communicated and collaborated with each other,” said Prof. Carter.

Like when the government released the app’s source code for greater transparency, more publicised assurances would positively influence trust levels and help decrease perceptions of risk. In addition, the government could look to reduce conflicting positions between state and federal governments by streamlining public messaging and contact tracing protocols, to increase trust.