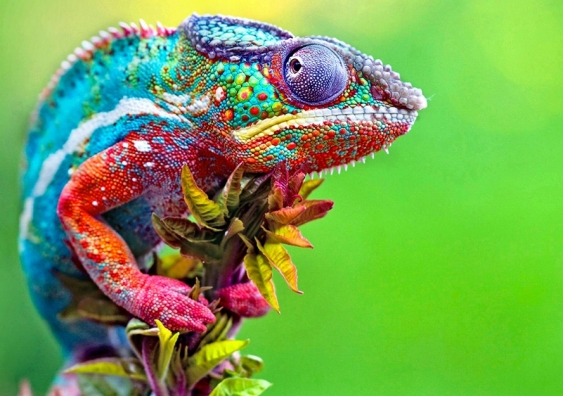 Do you find yourself trying to blend in at work? You could be a 'workplace chameleon'. Photo: Shutterstock

Back when international flights were commonplace, a UNSW Business School academic got chatting with a high-level lawyer from Detroit while on a work trip in the US. He wanted to know what the lawyer’s high-powered job was really like.

In response, the lawyer – a perfectly nice person up in the air – said that on the ground and in his workplace, he was the complete opposite. Working in litigation and criminal law, the lawyer was required to be hard-nosed and aggressive to succeed.

“He said that he was a dolphin,” recalls George Shinkle, an Associate Professor in the School of Management and Governance at UNSW Business School, a few years later about the experience. “But every day he had to put on a shark suit – because his job required that he swim with the sharks.”

This kind of career conundrum is something that many people face. The choice to exhibit your ‘real self’ or to blend into the existing workplace culture.

One study found while 72 per cent of people said they are authentic at work, employees varied in the extent to which they showed this. 1 in 10 employees said they believed that showing their true selves was potentially detrimental, as they worked in environments where differences were not appreciated, conformity was emphasised, and acknowledging stress or emotion was frowned upon.

For employees who opt to stay, this leads to them needing to “blend in” and become organisational chameleons.

See also: Lessons from the Great Resignation in how to find meaning at work

Why do people become workplace chameleons?

Jessica Yustantio, a PhD graduate from the School of Management and Governance at UNSW Business School, says the ‘workplace chameleon’ is more common than many realise.

“I was first introduced to the chameleon concept when I attended a panel discussion of diversity leaders,” she says.

“One of the speakers attributed their success as a female, racial minority leader with the strategy of being a ‘chameleon’ – where she changed and adapted to her environment to survive. This included going out to the pub on Fridays for a beer (even when she did not like beer) and watching the footy on a Saturday night (even when she prefers to be somewhere quiet reading a book). 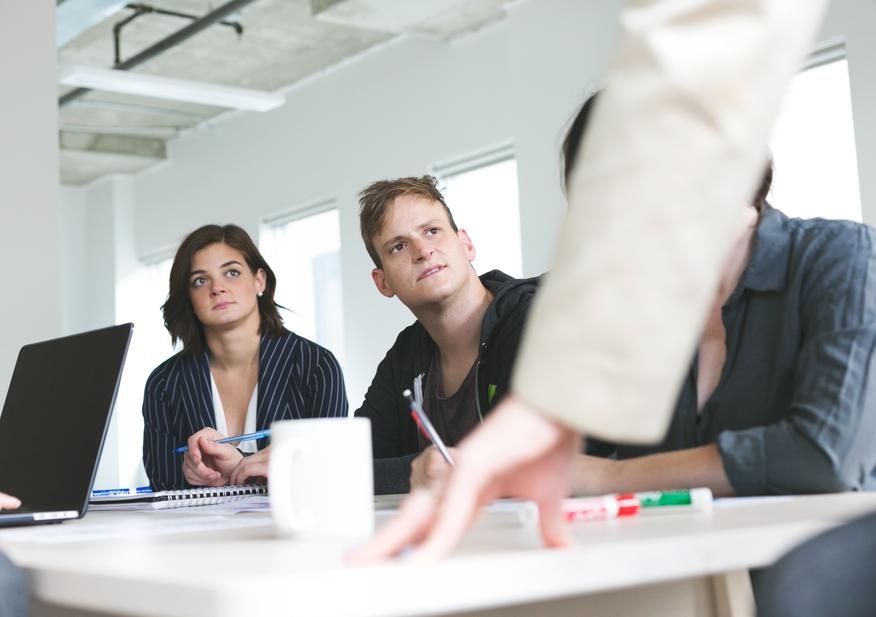 There can be pressure for workers to adapt to the dominant culture that already exists at the company. Photo: Sarah Pflug from Burst

“She did this all the while to be able to make conversation with her colleagues and her boss come Monday morning. As pitying as it may seem, this strategy worked as she eventually did get promoted to CEO of the company some years later as the board saw her as ‘one of them’.”

This female CEO is not alone, with efforts to ‘blend in’ a common occurrence, according to Dr Yustantio.

“Everyone at some point goes through the same process that seems normal and straightforward; force yourself to be a chameleon in the first years of the job to fit into your organisational environment. Through process of socialisation, you eventually blend in with its people, culture, values and group identity.”

Individuals may feel the need to blend in

“This need to blend in seems to develop very early on, as we imply it in our first job interview where we look for candidates who have (or at least appear to have) a good company ‘fit’,” says Dr Yustantio.

“This means that the individual coming to an organisation will have to adapt to the existing organisation – its culture, values and behaviour of its people. Like a chameleon, as workers, we are required to change and adapt in the environment we are in to survive in the job, to attain recognition from our boss and get promoted.”

Socialisation in the workplace also plays an important role in career promotion and progression, and Dr Yustantio says many aspire to this by attaining some similarity with others in the workplace.

“It can be expected that we want to reach a certain level of similarity with others we work with – particularly important figures like our boss in order to gain their liking and support for favourable performance evaluations,” she says.

“When you can assimilate and be seen as part of a group, this assimilation builds trust from other members of the group. It is this ‘in-group, out-group’ mentality that forces individuals to see out-group members as different and a threat, and those in-group members who are similar to you as more trustworthy and viewed more favourably.”

See also: Stressed about returning to work? Here's what your boss can do for you

How does this impact workplace inclusivity and diversity?

The existence of workplace chameleons raises serious questions around diversity and inclusion – the ideal of which has been to allow individuals to bring their authentic selves to work.

But most inclusion efforts have not explicitly and rigorously addressed the pressure to conform that prevents individuals from realising that ideal, according to one study from Deloitte.

3129 respondents from a mix of ages, genders, races/ethnicities and orientations at different levels of seniority within their organisations took part in the study, which interrogated the lived experience of “covering”.

A term coined by sociologist Erving Goffman, like ‘workplace chameleons’, those who ‘cover’ are individuals with known stigmatised identities who make a “great effort to keep the stigma from looming large”.

It might be beneficial for organisations to hire “chameleon” workers in the short-term. Appearance of similarities may see reduced conflict among teams in which people seem to be getting along well. Everyone appears to be alike and adapting well to the environment as it is.

But Dr Yustantio says there are problems associated with this in the long run.

“The problem with being a chameleon is that you are constantly working to be accepted into your environment – and this acceptance arguably is not for who you are, but how well you can blend in with the group. As people make up organisations, we are essentially blending into an environment created by the values and identity held of others,” says Dr Yustantio. 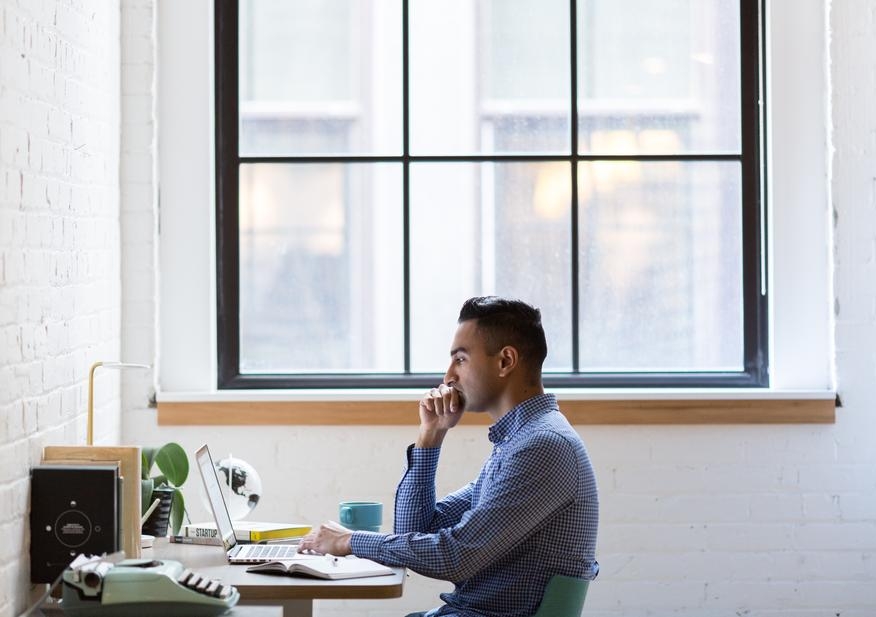 Being pressured to be a workplace chameleon can be an isolating and frustrating experience for some workers, and have negative outcomes. Photo: Matthew Henry from Burst

See also: Is the hybrid work model inclusive? Not necessarily.

“For some employees, particularly those coming from a minority background, blending in or fitting in like a chameleon can require a process of completely changing one’s character to be congruent with the leader prototype of the organisation.

“For example, to get promoted into a room full of white male leaders, you need to be like one too, because this is the environment that has already been set up.”

A negative outcome of this scenario can be an identity crisis for the person who is trying to blend in.

“This could particularly be the case where minorities cannot change their surface level (gender, race) characteristics, and this can often force changes to deep level (personality, values, beliefs) characteristics of the individual that requires them to juggle multiple identities in the workplace,” says Dr Yustantio.

“Having a diverse and inclusive workforce requires an acceptance of our differences – particularly of demographic characteristics including age, gender and race.”

This article was originally published on BusinessThink as Why the workplace chameleon is a paradox for diversity and inclusion.