Provisions that help women in the workplace are too easily traded away in enterprise bargaining, writes Sue Williamson. 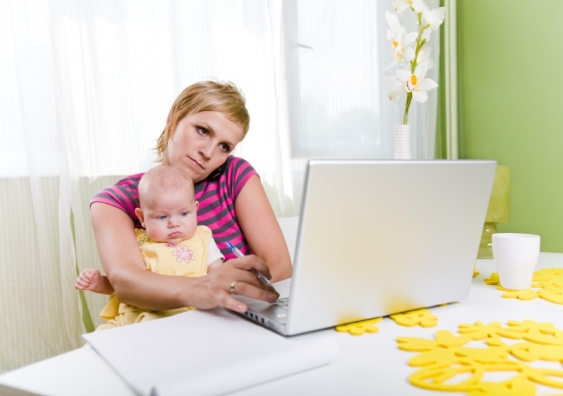 OPINION: Negotiations for replacement workplace agreements have been occurring between the Community and Public Sector Union and many Australian Public Service agencies for almost two years. Many employees have rejected proposed new enterprise agreements, sometimes more than once, as recently occurred in the departments of Defence and the Prime Minister and Cabinet.

The union believes one of the reasons for the rejection is that agreements remove or reduce family-friendly working arrangements. It is, therefore, timely to consider whether enterprise bargaining still works for women.

Although I have not examined every proposed agreement issued by agencies, preliminary analysis confirms some employment conditions that are important to women have been removed or reduced. For example, some agencies have removed clauses enabling employees who are affected by domestic violence to access leave specifically for this purpose.

Some of these clauses were only included in the last round of agreements and the reasons for their removal are not publicly known. Coupled with the Prime Minister's stated commitment to reducing violence against women, the removal of this clause appears to undermine government policy.

Australia has one of the highest rates in the OECD of women working part-time – women manage work and family responsibilities by working part-time. A recent government report showed two-thirds of requests made by employees to work flexibly were to reduce their hours of work. Yet, some agencies are proposing to change part-time work provisions to the detriment of female employees.

Academics have long been concerned that enterprise bargaining might not be the optimal way to achieve workplace gender equality and assist women to meet work and family needs. Such concerns were raised in 1994, shortly after enterprise bargaining was introduced into Australia, and have continued to be reiterated.

My research, as well as that of other academics, has shown that while enterprise bargaining has resulted in the formal introduction or increase in a range of family-friendly working arrangements, bargaining might not necessarily benefit female employees. Women might be excluded from the bargaining process; bargaining items that assist female employees might not be included in bargaining agendas or might be traded off, as appears to be occurring in this round.

The warnings sounded more than 20 years ago are still relevant. Which brings us to a thorny question: what is the best way to provide family-friendly and other gender-equality provisions? As we are seeing, enterprise bargaining is cumbersome and might have negative outcomes for women. Human resource policies can be innovative and flexible, but might not have teeth. And, as has been noted in this bargaining round by the CPSU and Public Service Commissioner, John Lloyd, human resource policies might be unenforceable.

In other words, if an employee considers their employer has contravened a workplace right or entitlement and it is contained in a policy, it might not have the force of law. Additionally, human resource policies can be changed by agencies with little or no consultation with employees.

Legislation can have bite, but is time-consuming to develop and implement, and also subject to change, dependent on political vagaries. This is the case with the Fairer Paid Parental Leave Bill 2015, which would amend the Paid Parental Leave Act 2010. The bill was introduced into the Senate in 2015 but has not progressed. This legislation would prevent employees from "double dipping" and accessing both their employer's paid parental leave scheme and the government-provided parental leave pay.

The government has moved to "soften" the bill, but has been quiet on this issue this year. Research undertaken by the University of Sydney shows passing the bill would result in large numbers of female employees receiving less parental leave pay, which could mean mothers spend less time with their newborns.

There is no easy answer to how best to establish and enshrine working conditions for women. As British academic Linda Dickens noted in the 1990s, gender equality in the workplace is based on a "tripod" of regulation, consisting of legislation, human resource policies and enterprise agreements. The danger is if one leg of the tripods falters, the other two might not hold up the seat of workplace gender equality.

Dr Sue Williamson is a lecturer in human resource management at UNSW Canberra.