Opinion Don’t poke the Bear: what could Russia do next about drugs in sport? 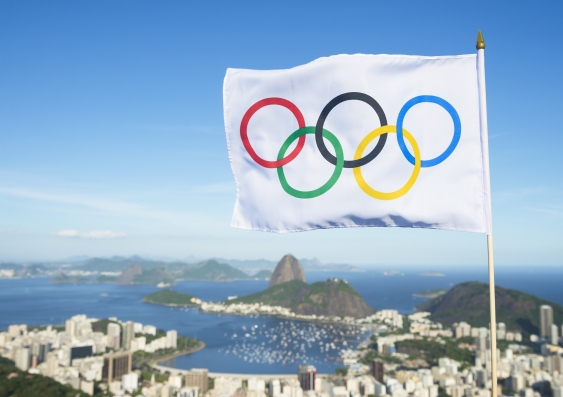 OPINION: The World Anti-Doping Agency’s (WADA) release of Richard McLaren’s independent report on claims of systemic doping in Russia well and truly overshadows previous major sporting scandals such as the “Lance Bomb” (when Lance Armstrong’s doping was revealed) and the “blackest day in Australian sport” (when the Australian Crime Commission’s report on organised crime and doping was handed down, leading to years of political and sports controversies).

The International Olympic Committee (IOC) must act, probably by banning Russia as a non-compliant country. But it must also move cautiously, taking full account of the implications of doing so in terms of international politics, legal implications and financial implications (think broadcast rights in the Russian market).

The question then will be how Russia will respond – and the answer depends on what mood the Bear is in. Perhaps it’ll realise it’s beaten, offer a curmudgeonly whimper and seek redemption. That is, after all, how the anti-doping game is played.

Marketers shepherd athletes deemed worthy of protecting through the predictable “product harm crisis” management of an anti-doping rule violation – pleading mea culpa; reaffirming their allegiance to the anti-doping movement; and being welcomed back into the fold.

Russia tried this strategy this with WADA’s November 2015 independent commission report, but still ended up getting smashed by the McLaren report a mere eight months later.

It may well be looking at other options now. And two choices come to mind – one plausible and one fanciful.

The Bear gets even

The plausible solution is for the Bear to prove it was just doing what everyone else was doing. The independent commission report led by former WADA president Richard W. Pound was very clear that it would be naïve to think doping was isolated to just athletics and it was just Russia.

Pound was right about doping going well beyond athletics; what needs to be proven now is that it goes beyond Russia.

Historically, the anti-doping movement has never gone beyond single sensational investigations; WADA argues this is due to the massive gap between the resources it has and the resources it needs.

For the sake of confidence in the integrity of sport, the same depth of investigation is needed for other nations. Just like athletes who medal at the Olympics, for instance, perhaps the top-three summer and winter Olympic nations should be scrutinised to the same degree as Russia.

This line of argument suggests Russia fight back using the weapons of WADA to investigate the breadth and depth of doping internationally. Russia might do well to give WADA a special cash injection to enhance its capacity to investigate other countries. Alternatively, it might start helping investigative journalists nose around countries seeking to have it barred from the Rio Olympics.

It would be a rather bad look to have barred Russia from the Olympics if it was demonstrated that other prominent sporting countries had similar systemic problems.

The Bear starts a different game

Another – more fanciful – strategy is for the Bear to decide that being poked is no fun and it goes off to play elsewhere. Russia could perhaps use its incredible wealth to establish an alternative to the IOC.

It could declare it had lost confidence in the governance and management of international sport, and withdraw from the Olympic movement and the International Convention Against Doping in Sport in favour of a new global sporting movement.

In doing so, Russia could champion 21st-century, best-practice governance, such as the democratisation of sport by eliminating elite sports bureaucrats from decision-making boards in favour of active athletes.

Importantly, the new sporting institution could follow a different approach to drug control, such as a system that focuses on protecting the integrity of athletes as human beings.

It remains to be seen whether other peak sporting organisations and consumers would choose to stay with the IOC and the ongoing difficulties of anti-doping compliance or move to the Russian system.

International sport is a high-stakes industry that combines staggering levels of wealth with national reputation. The IOC and the anti-doping movement have made a huge investment in poking the Russian Bear – let’s just hope the Bear is in a good mood.

Doping in football – does it make the game any less beautiful?