Australia's Migration Act allows for ministerial discretion in cases such as the controversial granting of tourist visas to four au pairs - but there remain questions around responsible government. 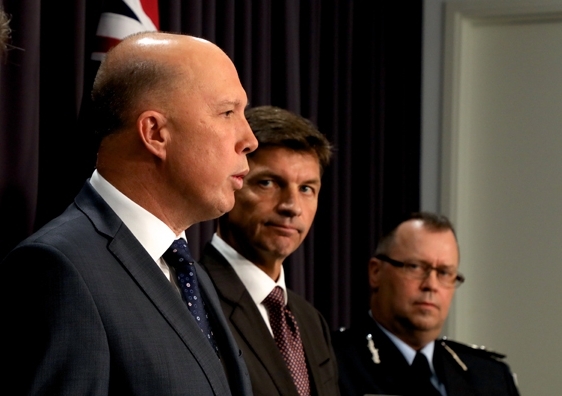 Minister for Home Affairs Peter Dutton has come under scrutiny for exercising his personal powers during his time as Minister for Immigration and Border Protection to grant tourist visas to four foreign au pairs who were denied entry at the Australian border and detained, awaiting deportation.

Dutton made the decision to grant these visas at short notice and, in at least some cases, contrary to the advice of senior Border Force officials. Here I explain the scope of the minister’s legal power to grant visas in such instances, and the issues at play.

Did Dutton have legal power to grant the visas?

In a nutshell, yes. Under section 195A of the Migration Act, the Minister for Immigration and Border Protection has the power to grant a visa to a person in detention if “the minister thinks that it is in the public interest to do so”. The minister has no obligation to grant a visa in this manner, but may do so at his or her discretion. A decision to intervene may only be made by the minister personally. This means the minister cannot delegate the power under section 195A to other Border Force personnel, although Border Force officials may provide advice and briefing information.

Whenever the minister exercises the power under section 195, he or she must supply each House of Parliament with a statement that sets out the reasons for granting the visa. This includes the reasons for thinking that the grant is in the public interest.

The purpose of this is for transparency only: parliament has no power to overturn the minister’s decision. The transparency that can be achieved in this manner is limited by the fact that, to secure the privacy of individuals who are granted visas, identifying information must be excluded when a statement is laid before parliament. Visa decisions, including decisions under section 195A, are also excluded from administrative review.

Documents obtained via Freedom of Information request reveal that Dutton’s stated reasons for thinking that one of the visa grants was in the public interest were:

In the circumstances, I have decided that as a discretionary and humanitarian act to an individual with ongoing needs, it is in the interests of Australia as a humane and generous society to grant this person a Tourist visa.

If Dutton acted within the law, what’s the controversy?

There are two broad reasons why Dutton’s decisions to grant the au pair visas are controversial, despite falling within the scope of his ministerial power.

The first is that the breadth of ministerial discretion granted to the Minister for Immigration and Border Protection under the Migration Act is itself a subject of controversy. A 2017 Liberty Victoria report reveals that the minister for immigration has 47 personal national or public interest powers - many more than any other minister. Many of these powers - including the power in section 195A - are “non-delegable, non-compellable and non-reviewable”.

In 2008, the then immigration minister Chris Evans expressed discomfort with the scope of his own power:

In a general sense I have formed the view that I have too much power. The [Migration Act] is unlike any Act I have seen in terms of the power given to the Minister to make decisions about individual cases. I am uncomfortable with that not just because of a concern about playing God but also because of the lack of transparency and accountability for those ministerial decisions, the lack in some cases of any appeal rights against those decisions and the fact that what I thought was to be a power that was to be used in rare cases has become very much the norm.

The second reason is that Dutton’s decision to intervene swiftly to grant visas to the au pairs on public interest grounds contrasts with the manner in which other migration-related decisions have been made. For example, the department has denied medical transfers to Australia to numerous asylum seekers detained offshore, including children at risk of death.

Recent reports state that an Afghan interpreter who claims his life is in danger after helping Australian troops has been denied a protection visa, and requests to meet with Dutton have gone unanswered. Departmental statistics indicate that, historically speaking, ministerial intervention to grant a tourist visa has been very rare.

Ultimately, the legal framework provided by the Migration Act allows for these variances. However Dutton, like all Ministers, is accountable to the parliament under the principle of responsible government. The Senate Committee on Legal and Constitutional Affairs is currently holding an inquiry into the appropriateness of Dutton’s decision to grant visas to two of the au pairs. It is due to report by September 11.