Opinion Economic theories that have changed us: efficient markets and behavioural finance

While markets should factor in all information, movements in stock prices can still be driven by irrational behaviour, writes Richard Holden. 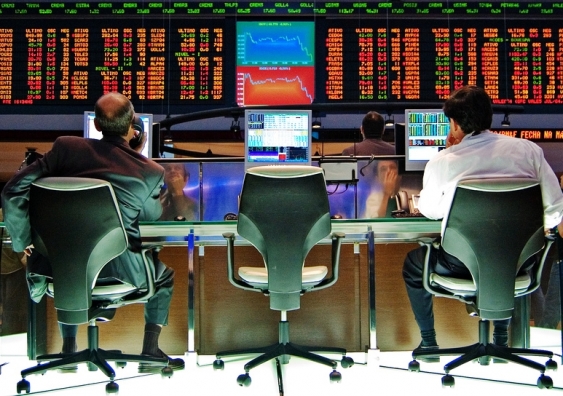 Whether you realised it or not, if you’ve ever invested in the stock of a company, or have mutual funds in your superannuation, you’ve taken a stance on one of the biggest economic debates of the last 50 years.

That debate is about whether stock prices (or bonds, or even property for that matter) reflect all available information. Another way to frame it — as Justin Wolfers and I did when discussing the 2013 Nobel Prize in Economic Sciences — is whether prices reflect the wisdom of crowds, or the madness of crowds.

The starting point in this debate was the extraordinary contribution of Eugene Fama (of the University of Chicago) who developed the “efficient markets hypothesis”. According to this view, stock prices do incorporate all available information and hence there are no profitable arbitrage opportunities.

How would one go about demonstrating this? After all, in economic scholarship one doesn’t just get to argue in prose. What Fama showed was that at any moment in time the next movement of a stock price is just as likely to be up as down. Or, at little more formally, stock prices follow a “random walk”. This finding is probably the most successfully, repeatedly replicated finding in all of the social sciences.

Now that’s the short run. Even Fama himself (with coauthor Kenneth French) found that stock prices are predictable in the long run. They showed that small market capitalisation stocks outperform large ones, and that high market-to-book value stocks also outperform. Their interpretation is that this is compensation for taking on extra risk, and is thus consistent with efficient markets.

Beginning in earnest in the early 1990s, however, a different set of theories emerged. Economists such as Richard Thaler (of “Nudge” fame), Robert Shiller, and Andrei Shleifer began to take seriously the role of psychology among investors.

Social psychologists such as Nobel Laureate Daniel Kahnmenan (with whom, interestingly, Thaler was an important collaborator, thus providing the bridge from psychology to economics) had long documented human departures from rationality. For example, people tend to overweight recent events relative to equally important past events. People are “loss averse” in the sense that they overweight losses relative to equal-sized gains. People often attribute events to skill when they are actually the product of luck. And so on.

These sorts of cognitive biases have profound implications for asset pricing. If people overact to information then we would expect companies that report unexpectedly bad earnings to suffer a big hit and then bounce back over time. We would similarly expect companies that announce unexpectedly good earnings to get a big bump and then drift back down over time. And indeed we do. The empirical evidence is overwhelming on this point.

Loss aversion should mean that stocks that have dropped from when most people bought in behave differently from those that have risen. Again, the evidence is in and it confirms the psychological insights.

The list goes on. Indeed, tracking down and documenting these kinds of effects is what modern day empirical asset pricing is largely about.

Now, back to stock picking and mutual funds. If one subscribes to Fama’s efficient markets view of the world then stock picking is a fools errand. Even if you end up doing well, all that has happened is that you have been compensated for taking on extra risk. Things could have turned out really badly, and you were lucky. For instance, maybe you invested in Australian mining companies during the early 2000s. We now know that was a very profitable investment — but it could have been different, and nobody knew ahead of time. Under the Fama view the best thing to do is invest in the whole market — buy a low cost index fund.

If you take the behavioural finance view, then there are profitable opportunities beyond investing in the whole market. But that doesn’t mean that it’s easy for individual investors to take advantage of those. OK, people are loss averse, now what? Taking advantage of these takes a fair degree of sophistication, and it also typically requires having low enough trading costs to be able to trade often without wasting a lot of money on fees. This is why there are hedge funds that specialise in this kind of investing.

Whichever view you subscribe to there are two things that never makes any sense: investing in a stock because you think it’s a good company (I like shopping at David Jones, but that doesn’t make it a good investment) or picking an industry that you think is going to do well.

Richard Holden is a Professor of economics at the UNSW Business School and an ARC Future Fellow.