Opinion The economics of the Rio Olympics 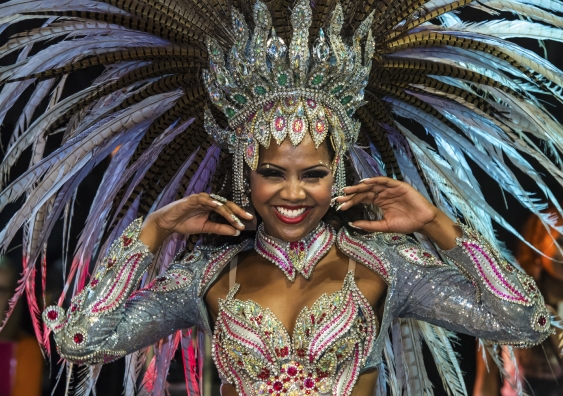 OPINION: When Brazil was awarded the rights to host the Rio Olympics 2016 and the FIFA World Cup 2014 there was so much economic promise for the country. In fact, according to a book I co-authored for The Lowy Institute titled Great Southern Lands – Building ties between Australia and Brazil, the South American giant nation was really hitting its straps and looked like it could be “the country of the future” that economic historian Charles Kindleberger had famously anointed.

At the time that our book was released, Brazil was the fifth largest economy in the world – just taking over the UK – and was considered an ‘economic super power’ thanks to the size of its resources, agricultural and manufacturing sectors.

As with Australia, the ‘China effect’ was driving massive demand for commodities and the large mining revenues were allowing Brazil to put funds into human capital including the famous Science without borders scholarships, which enabled young Brazilians to study abroad.

The strong economic environment in Brazil was helping the incumbent federal administration of the PT (‘the Workers Party’) lead by President Luiz Inácio Lula da Silva, known as ‘Lula’, a former metalworker.

Lula was proud to have lifted 33 million Brazilians out of poverty under the Bolsa Familia programme (originally devised by his predecessor social democrat Fernando Cardoso but expanded by President Lula).

Lula had also been aggressive on the international stage, boosting the BRICs group (Brazil, Russia, India and China and later joined by South Africa to be BRICSA) and formulating the South-South diplomatic strategy to position Brazil as the champion of the emerging nations particularly in Africa.

Despite taking four attempts to win an election (after being jailed by the military before the restoration of democracy) Lula proved to be a very popular president and even managed to get his successor Dilma elected in 2010, after serving two terms from 2002. It seems then, that Brazil’s great moment had finally arrived as Kindleberger had predicted.

Since then things could not have been more different. Brazil has been hit by recession with the end of the mining boom, falling commodity prices and China and the rest of Asia coming off the boil.

While other commodity exporting nations (like Australia) have been adversely by the end of the mining boom, Brazil has also been affected by corruption scandals, which caught the world’s attention in the lead up to the 2014 FIFA World Cup.

When FIFA was in Brazil for the Federations Cup held traditionally a year before the World Cup, a number of demonstrations occurred nominally against public transport fees, but eventually snowballed into widespread demonstrations against corruption and excessive expenditure on the infrastructure built for the FIFA World Cup itself which, some of the protestors said, could have been better spent on schools and hospitals. While the FIFA World Cup went ahead largely unaffected by the protests, some of the issues with the administration lingered.

The demonstrations are now back in Brazil and these are well and truly directed all the way to the top brass in the nation’s capital Brasilia. A scandal with government energy company Petrobras has led to impeachment proceedings against President Dilma, and now the courts are preventing Lula from being sworn in as Dilma’s chief of staff, giving him a cabinet position and immunity from prosecution.

And to top it all off there’s Zika – a virus sweeping Brazil and Latin America although it originates in Africa. So far, 1.5 million Brazilians have been affected and Zika is spreading across the Americas. With the Rio Olympics, Brazilian tourism was expected to be worth 10 per cent of GDP, up from the regular nine per cent in a normal year (given the popularity of Carnival etc.) but if it affects Brazil in SARs-like proportions, it will shave 20 per cent off tourism income (equivalent to US$47 billion according to UK based Economist Geraint Johnes).

It is already diverting resources. President Dilma (who called the anti-Zika operation a “battle for life”) has had to use security resources that were for Olympic venue testing to combat Zika, as well as the 3,000 public health agents the City of Rio de Janeiro employs in normal times.

Will this rapid change in fortunes affect the preparation for the Rio Olympics? The experience with the Olympic Games shows that whatever the crisis, the show must go on. After all, despite the protests leading up to FIFA World Cup the event itself was well attended and organised (despite some of the legacy issues in the less well-known capitals). But the Olympics is in one city, Rio, which has the perfect setting for the Olympic Games with its natural beauty and outdoor lifestyle and its familiarity in coping with large amounts of tourism.

The Rio authorities expect that the number of visitors for the Games will be similar to Carnival – an estimated 1 million people. According to Joaquim Monteiro de Carvalho, the CEO of Empresa Olimpia Municipal (EOM), Rio is using the Olympics to create a long-lasting legacy in terms pf public transport and infrastructure.

“We went from less than 20 per cent of the population using mass transport (bus, rapid transit, ferry, train, subway, light rail system) to more than 60 per cent. A city that had been made for cars is now being made for the people,” he said.

The city is using public-private sector partnerships (PPP) to finance Rio’s facilities, and lining up a number of business, convention and innovation hub events post-Games to avoid the Olympic ‘hangover’ experienced by other host cities. Of course, Rio goes straight into Carnival mode after the Olympics, a comparative advantage other cities don’t have.

In short, while Brazil has its political and economic issues to work through, we can expect a concerted effort to showcase Rio at the Olympic Games. There’s still more than four months to go until 5 August but the Olympic stop watch is ticking.

Tim Harcourt is JW Nevile Fellow in Economics at the UNSW Business School and author of 'The Airport Economist', 'Trading Places' and 'Great Southern Lands – Building ties between Australia and Brazil'.