Opinion Election promise will help first home buyers, but they better be cautious

Topping up deposits by as much as 15 percentage points will help, but housing isn't risk-free. 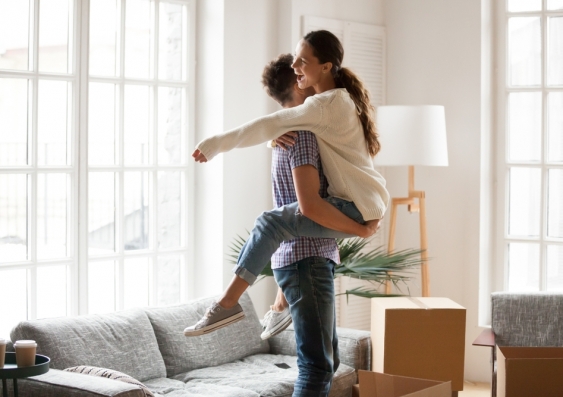 Extra money will help first time home buyers, but there’s no guarantee things will turn out well. Image from Shutterstock

The Coalition has put forward a scheme to help first home buyers get into homes, under which the government will underwrite a loan of 15% of the value of the home, to be treated as part of their deposit, taking a deposit of 5% up to 20%. Labor adopted it within hours of the announcement on Sunday, meaning that in one form or another it seems likely to become part of housing policy.

Home ownership benefits from significant tax advantages, which are at their strongest when owners have built up their equity. Partly for that reason, it has always been a major pillar of savings for Australians. But the benefits tend to be priced into the cost of housing, which helps explain why it is so expensive. Yes, it is not only those pesky investors.

Home prices are high because of tax breaks…

Blaming investors for this situation can be politically acceptable, but blaming homeowners more broadly or even hinting that tax advantages are to blame is political poison.

Blaming an insufficient supply of new houses is also unacceptable as it can be portrayed as a cop out, even though it is probably the biggest factor explaining the high cost of housing in Australian cities and cities in other countries and states such as Canada and California. In any event it is seen as a “states issue”.

This means the first point to make is that efforts to assist first home buyers are second-best options. Given that we are not tackling the problems we’ve got, whatever things we do do won’t be prefect.

…and an insufficient supply of homes

The latest proposal isn’t the first or only measure directed at first home buyers. The first home buyers grant introduced in 2000 as part of the goods and services tax package was similar but, at A$7,000, on a smaller scale. State government concessions on conveyancing tax have also helped.

These measures have been criticised as simply putting upward pressure on prices, and as a result not benefitting first home buyers. This criticism is not correct. They benefit first home buyers by much more than they push up prices. They would only harm first home buyers if all buyers got the concession and it didn’t result in extra houses being built.

Neither is the case.

It is possible to help first home buyers…

In recent years we have seen a substantial supply response which should have put to rest notions that the market does not respond to shifts in demand. And first homes don’t make up that much of the market; less than 20% of buyers overall, although more in some sectors.

They hurt people swapping homes. They have to pay marginally more, as do investors, meaning renters have to pay more.

The major concern with the proposal is the risk that buyers might enter the market and then get into trouble.

…but they’ll need to be careful

One of the big problems in the US in the lead-up to the global financial crisis (GFC) were policies designed to get low-income households into the market.

When the GFC hit, they were the biggest losers. So policymakers will need to be very wary in designing the policy.

First home buyers will win, but they will need to be cautious.

Housing is not risk free. House prices can fall as well as rise, as recent history has confirmed only too well.

How will coronavirus affect property prices?

On housing, there's clear blue water between the main parties

Options for value capture – a way to fund infrastructure