There’s never been a more exciting time for business and law graduates to enter the workforce, former Sex Discrimination Commissioner Elizabeth Broderick said at a ceremony where she received an honorary Doctorate of Laws. 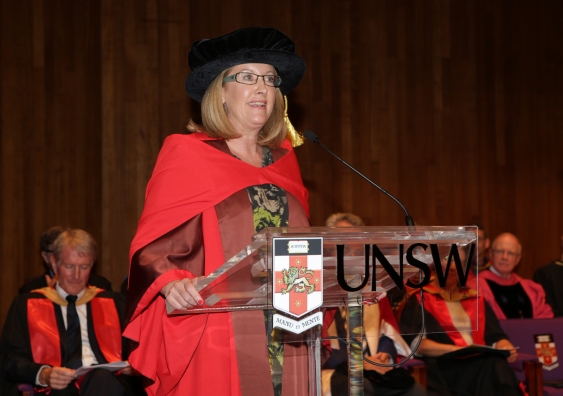 UNSW has awarded former Sex Discrimination Commissioner Elizabeth Broderick an honorary degree for her “eminent service to both the Australian and international community”.

UNSW Chancellor David Gonski, reading the citation for Ms Broderick’s Doctor of Laws, honoris causa, at a graduation ceremony for business and law students on Tuesday night, described her as “a pioneer of true equality”.

“She is an exemplar of the fact that, with determination, perseverance and courage, change is possible. Her work and her passion have positively impacted millions of lives,” said Mr Gonski.

“All the roles that I have held across my career with the exception of ‘junior lawyer’ had not even been invented when I graduated from law school."

Addressing the ceremony, at which NSW Education Minister Adrian Piccoli was a guest speaker, Ms Broderick said she was honoured to receive the award. 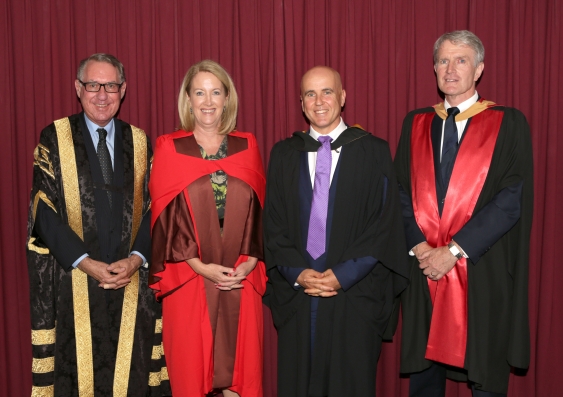 “It is such a privilege to receive this award from my very own university – a university that provided the foundation for my career the extent of which I could never have imagined – a career that has given me the opportunity to be involved in work I would gladly have performed irrespective of money or accolade,” she said.

From 1988 to 2007, Ms Broderick worked at law firm Blake Dawson Waldron (now Ashurst), where, as a partner and a member of the board, she revolutionised its workplace culture by introducing part-time work.

For the next eight years, she served as Australia’s Sex Discrimination Commissioner.

She told graduates the old working patterns of long hours at the office were rapidly changing, with many companies allowing staff to arrange paid employment around family and study commitments.

She said also they should not be discouraged about what appeared to be a lack of jobs for business and law graduates.

“When I graduated in 1983 there was no such thing as a Sex Discrimination Commissioner,” said Ms Broderick.

“All the roles that I have held across my career with the exception of ‘junior lawyer’ had not even been invented when I graduated from law school,” she said.

“There’s never been a more exciting time to graduate and start work. I wish I could start all over again.”

But Ms Broderick warned there would also be obstacles to overcome.

“You will be called upon to stand up, to make hard decisions and sometimes unpopular ones. To do so you will need judgment – which self-awareness, experience and humility will teach … you will also need courage, deep courage. This you do not learn; this you must find.”