To complete his deal, Elon Musk now needs the nod from a majority of Twitter’s shareholders and US corporate regulators. 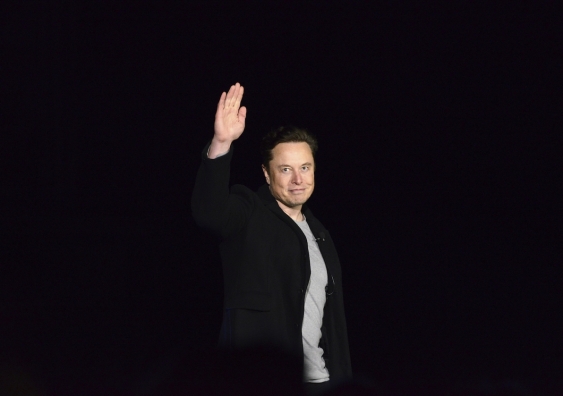 Elon Musk’s US$44 billion offer to buy Twitter and turn the social media platform into a private company is almost a done deal.

But not quite. While Twitter’s board has endorsed his offer, Musk now needs the nod from a majority of Twitter’s shareholders and US corporate regulators.

Before we get on to the details of these remaining hurdles, let’s recap the tumultuous events that got us to this point.

It became public in early April that Musk – an avid Twitter user – had acquired 9.2% of the company’s shares, making him the biggest shareholder. There were talks about him joining Twitter’s board, but Musk demurred.

Twitter’s board responded with a “poison pill” provision. This would allow other shareholders to buy new shares issued by the board at a discount if Musk acquired a 15% stake (more than 15% is considered a controlling stake). This would have diluted Musk’s stake, thwarting his takeover ambitions.

Musk responded to that by flagging a hostile takeover. This involved bypassing the board with a “tender offer” direct to shareholders, asking them to tender their shares for sale despite the board’s opposition.

With no competing bidder, and with no alternative plan to create value for shareholders, Twitter’s board this week finally accepted Musk’s bid of US$54.20 a share in cash.

Musk plans to finance the bid using equity and debt, according to his filings with the US Securities and Exchange Commission. He has secured about US$25.5 billion in loans. He has also raised his own equity, totalling around $21 billion, including through margin loans against Tesla stock.

The acquisition still requires regulatory and shareholder approval. While these are unlikely to sink the deal, they are not trivial.

There are two main regulatory approvals here. First the Securities and Exchange Commission – which is akin to a financial watchdog – must approve the takeover. Then the Federal Trade Commission and Department of Justice will consider if the takeover may reduce competition.

Musk has had negative interactions with the SEC in the past. In 2018 it charged him with fraud over him tweeting he had funding to take his electric vehicle company Tesla private. Musk ultimately settled, paying a US$20 million fine and stepping down as chair of the Tesla board. Some shareholders are suing him for losses suffered as a result of his tweet. 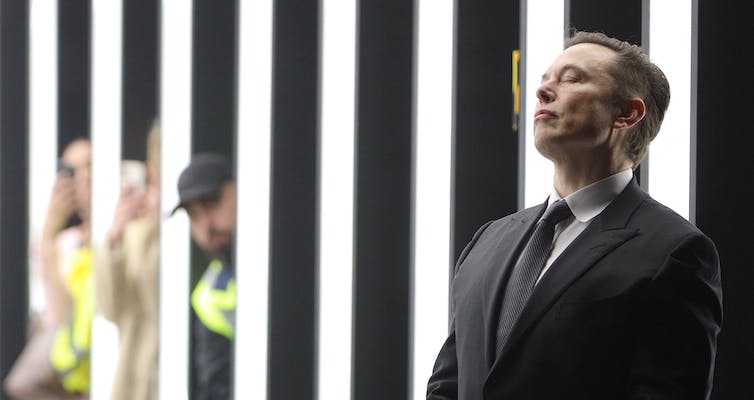 Elon Musk has been offside with US regulators previously over his use of Twitter. Photo: Christian Marquardt/EPA/Pool

Musk’s conduct during his bid for Twitter could also influence regulators. There are questions about whether he disclosed his 9.2% holding in a timely enough manner. Ordinarily a shareholder should disclose their stake once they own 5% of a company. Musk appears to have acquired more than 5% of Twitter on March 11 2022 but filed with regulators on 4 April.

Further, Musk appears to have made a “short form” filing with the SEC, reserved for passive shareholders. His subsequent behaviour, however, suggests he is an activist investor.

Given Musk’s disclosure record, the SEC is likely to be be especially careful to ensure Twitter’s shareholders are properly informed. If it finds Musk violated any laws, it could impose penalties or require undertakings covering Musk’s role with Twitter after the acquisition. It is, however, unlikely to stop the deal.

The other US anti-trust and competition regulators are also likely to scrutinise the bid, given its high profile and bipartisan concerns about the power of Big Tech.

But it is also unlikely they would block Musk’s bid, because he has little other financial interest in tech companies to clearly suggest his takeover is anti-competitive.

How will other shareholders respond?

In making their vote, some shareholders might consider non-financial matters, such as their view of Musk and what - if anything - the acquisition means for free speech.

But for most price is the key.

Some shareholders have complained that Musk’s $54.20 bid is too low. Twitter briefly traded above US$70 in July 2021 – in line with the rise of tech stocks generally in 2021, but it fell steadily thereafter to US$32.42. In February 2022, Goldman Sachs valued Twitter shares US$30 over the next 12 months based on its most recent earnings. 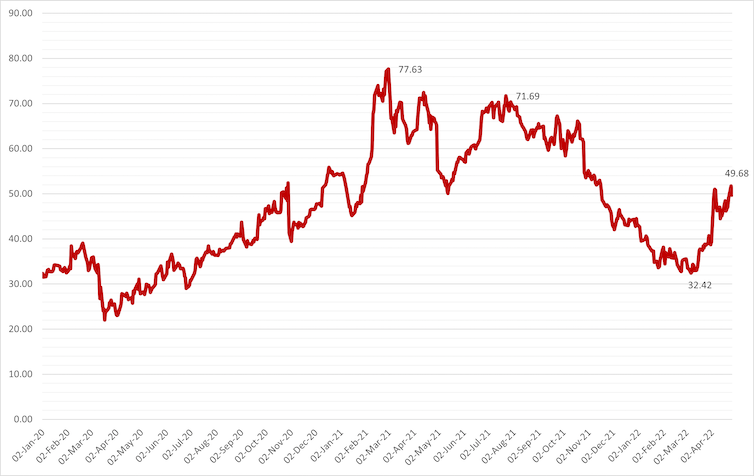 Twitter’s earnings have been variable and face continued pressure. While revenues have increased, Twitter is not profitable, owing partly to a litigation charge.

Other tech firms have signalled continued pressure to advertising revenue. For example, Google’s parent company, Alphabet, reported a decline in YouTube ad revenue in the first quarter of 2022, relative to the end of 2021. 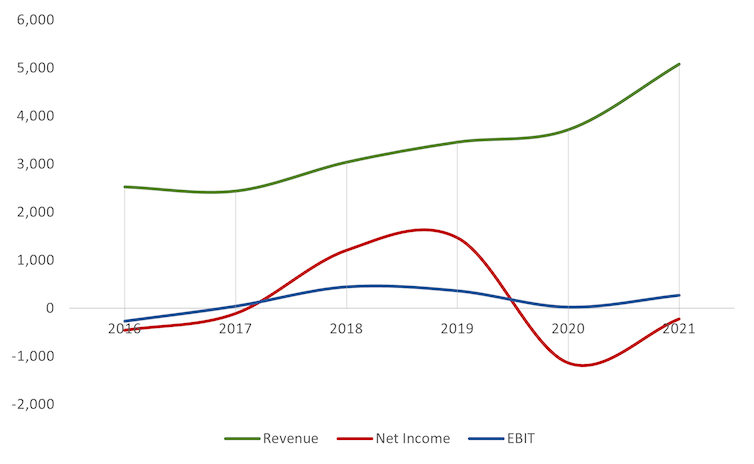 Earnings in millions of dollars (US)

So Musk is very likely to complete the acquisition for Twitter. Regulators may impose conditions but are unlikely to block the deal.

The big questions now are how Musk will enable “free speech” without turning Twitter into a cesspool, how he will deal with censorious countries in which his other companies (Tesla, SpaceX, Starlink and others) do business, and if he will make money from Twitter.

But these headaches will be Musk’s alone, not the former shareholders.