Opinion Entrepreneurship as a solution to poverty

The government can take steps to bolster our economy and help regional neighbours by improving access to funding for entrepreneurs, writes Andrew Blyth. 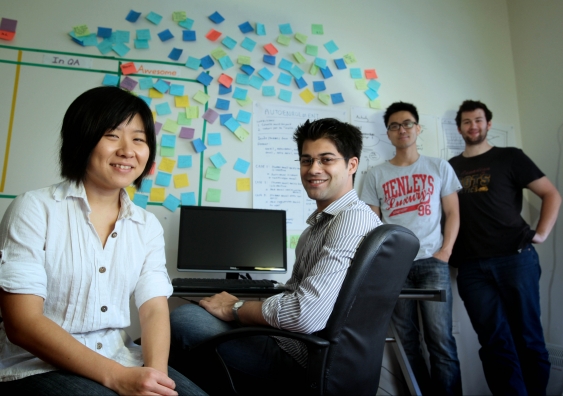 OPINION: Prime Minister Malcolm Turnbull has proudly declared he will lead a government for the 21st century, a government ready to engage with the future; a government with firm values of free enterprise, of individual initiative, and of freedom.

At the core of this emboldened approach is the role of entrepreneurship and innovation to drive a successful, agile economy in a rapidly changing environment. An emphasis on new thinking for complex problems presents a unique opportunity for government, universities, not-for profit and private sectors to not only better understand the potential of market-based methods to resolve entrenched social problems; but to also examine the potential of entrepreneurship as a solution to poverty, particularly in our region.

The Prime Minister clearly recognises that entrepreneurship is an important driver of economic development. Ever since Austrian economist Joseph Schumpeter put the entrepreneur at the centre of progress, scholars have highlighted the transformational role that entrepreneurship plays in generating economic and social wealth, and helping to potentially generate peace through commerce. A report by Ernst and Young (EY) highlights two interesting facts about the changing dynamic of global entrepreneurship: the face of entrepreneurship is increasingly young (50 per cent of the world's entrepreneurs are aged between 25 and 44) and female (126 million women are launching or operating new businesses in 60-plus economies around the world).

While entrepreneurship around the world is growing and driving the need for more supportive ecosystems, access to funding remains a significant hurdle. Crowdfunding is one tool that is assisting businesses to flourish, the other being microfinance. Crowdfunding is an increasingly popular way of promoting financing for innovative projects, allowing start-ups and rapidly growing companies to access diversified sources of capital. The crowdfunding market for developing countries was valued at $US5 billion in 2013 and is predicted to increase to $US96 billion by 2025, with the global microfinance market expected to grow at 19 per cent annually for the next five years, rising from $US5.7 billion in 2014 to nearly $14 billion in 2019. Tellingly, EY report that in India venture capital investment more than doubled from $US600 million to $US1.4 billion between 2006-12, driven primarily by the elimination of tax on capital gains and relaxation of rules preventing foreign investment.

The Prime Minister's commitment to entrepreneurship has been exemplified by the appointments of Steven Ciobo as Minister for International Development and the Pacific and Wyatt Roy as Assistant Minister for Innovation. Both of these ministers could potentially make a significant and practical difference to people's lives and wellbeing in our immediate neighbourhood and in our region.

Roy – a favourite of the start-up sector – recently produced a paper advocating for a more entrepreneurial culture embracing risk-taking, highlighting the importance of attracting capital to Australia for investment in start-ups, and calling for increased co-operation between higher education, research agencies and the private sector. Indeed, one of Roy's first acts as minister was to visit the Canberra Innovation Network (CBRIN), a local organisation linking businesses and entrepreneurs to services, facilities and stakeholders to accelerate innovation and growth, and providing practical insights to policy development.

Roy was left with a positive impression of this innovation eco-system expressing the technology he viewed as having the potential to solve the world's problems. Ciobo too has spoken of his desire to actively promote Australia's role in the Pacific, to build stronger relationships, and, importantly, to promote prosperity, reduce poverty and enhance stability in our region.

The power of entrepreneurship to transform an economy presents a unique opportunity for both Roy and Ciobo to consider combining their efforts, to challenge the status quo, to develop business owners, drive jobs and economic growth, and assist in lifting people off the bottom of the economic ladder. Australia is a rich country and we can play a key part in helping our neighbours be change agents of their own lives in the hope this will enhance people's prospects for prosperity.

Andrew Blyth is principal at Andrew Blyth and Associates, and adjunct lecturer at UNSW Canberra.

From coronavirus tests to open-source insulin, 'biohackers' are showing the power of DIY science