Entry test ushers in a new era for UNSW Law

After five years of consultation, UNSW Law has overhauled the entry criteria for its undergraduate students. 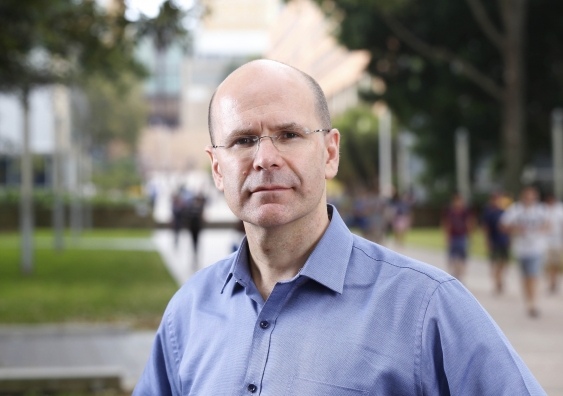 A new entry test for the undergraduate Law dual degree program will help paint a more comprehensive picture of students’ aptitude and abilities and better demonstrate their suitability to study Law at UNSW.

The Law Admission Test (LAT) is required for all domestic applicants who want to study an undergraduate Law dual degree program at UNSW from 2017, including students in their final year of secondary schooling (Year 12 HSC or equivalent); those who have already completed their secondary schooling (such as those on a gap year); those who are currently studying at another university and wish to apply to transfer to Law; and Year 11 students who wish to sit the LAT before their HSC year (the LAT result will be valid for two years and can be used to apply for Law in 2017 and 2018).

Developed by the Australian Council for Educational Research (ACER) in conjunction with UNSW Law, the LAT is an Australian first for entry to undergraduate Law. The two-hour written test has been designed to allow students to showcase their communication and analytical skills and will be used in conjunction with applicants’ Australian Tertiary Admission Rank (ATAR), International Baccalaureate (IB) or other academic results.

Dean of Law Professor George Williams says the LAT is a constructive attempt to improve the system of entry to the University’s highly competitive Law degree and is designed to provide a more rounded view of applicants’ skills and suitability.

“Used in conjunction with a student’s academic results, the LAT will test a broader range of skills such as critical thinking and analysis, and will offer a genuine opportunity to people from lower socio-economic and diverse backgrounds who really want to study law,” he says. “A student’s ATAR or IB results will still be very important but the new entry criteria will work on a sliding scale.”

­In the first year of the LAT, it is anticipated that high school leavers will need academic results (ATAR plus any additional bonus points, such as the Educational Access Scheme for long-term educational disadvantage) of at least 95.00 (or a minimum IB score of 36) plus a high LAT score to be competitive for an offer. Current alternative admissions schemes, such as those for Indigenous students, will continue.

We will be looking for people who are good at communicating, good at problem solving, good at critical analysis and able to apply ethical values to the subject matter.

Former Dean of Law Professor David Dixon has been involved in developing the LAT since the idea was floated about five years ago and says the team spent a lot of time investigating how leading US and UK law schools selected their students, as well as consulting with schools and employers about the students being selected for Law and the validity of concerns around the HSC and the focus on ATAR scores.

“We were influenced by the American experience in trying to get people likely to enjoy law school and to get the most out of it,” Dixon says. “It’s about trying to provide a path for people who really want to study law and distinguishing them from those who just get the marks.

“There are some students who do law just because they get a really high ATAR and don’t want to ‘waste’ it. But I would get letters from students saying they’ve been reading To Kill a Mockingbird since they were six, they’ve been in Amnesty since they were 12, all they’ve ever wanted to be is a lawyer and they have the required abilities but their ATAR isn’t quite high enough.”

The test does not require any legal knowledge so doing Legal Studies in the HSC won’t be an advantage, Dixon says. “We will be looking for people who are good at communicating, good at problem solving, good at critical analysis and able to apply ethical values to the subject matter,” he says.

While students are encouraged to complete a practice paper, Dixon says the test has been designed so that no special preparation is necessary. “We are very conscious of the fact that Year 11 and Year 12 is very stressful for students and we don’t want to be putting more stress on them in a year that’s so important for them, so we’re not asking them to do any onerous preparation,” he says.

“What will prepare them are their generic skills at school, especially writing, but that’s really it. We don’t want any kind of coaching industry sprouting up around this test.”

Students wanting to sit the test need to register by 5 August on the ACER website. Late registrations are open until 7 September but will incur a late fee. Tests will be held at centres in Sydney, Armidale, Canberra and Dubbo on 26 September.

Candidates are encouraged to attend the next information evening at UNSW on 21 July to learn more about the LAT and to get a taste of UNSW Law. Those attending are asked to submit any questions they may have when they register.

UNSW Law has also been spreading the word at school markets and expos across Sydney and beyond, including visits to Forbes, Dubbo, Bathurst, Melbourne, Wollongong, Leeton, Wagga Wagga, Albury and the Central Coast. Brisbane, Lismore, Coffs Harbour, Port Macquarie, Taree and Canberra are on the itinerary in coming weeks.

There is also an LAT mailing list that students and parents can subscribe to for all the latest information on the LAT, including registration dates, links to practice material and FAQs. There have already been more than 1,000 registrations to this mailing list.