Increasing the overall housing stock won't ensure an increase in availability of affordable housing. Governments need to need to have a much sharper policy focus on this issue, writes Hal Pawson. 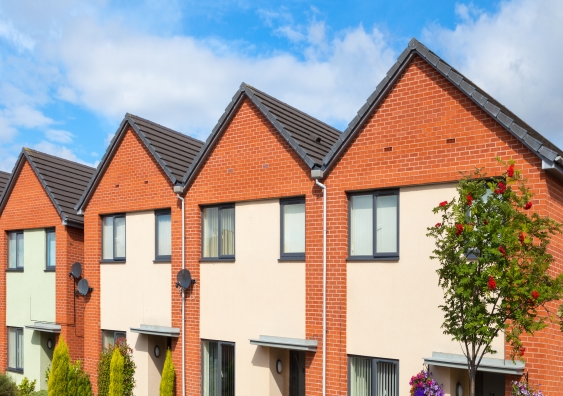 OPINION: As everyone supposedly knows, fixing housing unaffordability is simply a matter of boosting housing supply. But wait! With their just-published report on house-building and population growth, ANU academics Ben Phillips and Cukkoo Joseph have blown yet another hole in that sacred claim.

By comparing housing demand and supply at a sub-regional level, their analysis highlights evidence that in many parts of Australia – not least inner Sydney, Melbourne and Brisbane – house-building has been running well ahead of local household growth for the past few years. Yet these are hardly areas where prices have dived.

In the City of Sydney, for example, overall median apartment prices rose by 52% in the five years to March 2017. On the ANU analysis, this area has recently been oversupplied relative to population. Yet apartment prices here still rose at the same rate as across Greater Sydney, a region with some areas of undersupply.

Previous commentaries have highlighted the recently strong positive correlation between rapidly expanding housing supply and property inflation. But these correctives to the popular wisdom have failed to gain traction.

This is partly because of the continuing seductive appeal of the common sense claim that rising prices reflect gross shortage. So, it’s reasoned, expanding house building will moderate the market.

As my Sydney University colleague Peter Phibbs recently observed, this “supply mantra” works for politicians seeking to connect with voters because “everyone is an economist now and more supply will bring down prices”.

Heaven forbid that anyone might draw attention to the special features of housing as a commodity. As noted by Ben Phillips, these mean such supply “rules” do not apply; at least not in the simple form applicable to bananas.

More importantly, though, governments use their unqualified faith in equitable housing market solutions to get off the hook. It absolves them of the responsibility for playing an active role in managing and shaping these markets to deliver housing that meets everyone’s need for shelter. Instead, they facilitate development for speculation.

This critique is not exclusive to academics and affordable housing campaigners. It is increasingly coming from other stakeholders, including in the finance industry.

In a recent report, Industry Super Australia (ISA) lamented the “haphazard approach [to housing policy] … across all levels of Australian government … What was a serious problem a decade ago is becoming a crisis after a further ten years of policy gridlock”.

We recently advocated for a re-established National Housing Supply Council (NHSC). Echoing this, ISA calls for government to set up “a co-ordinating body to identify the extent of regional shortfalls in [affordable] housing”. This would require “reinstatement of a rigorous housing supply forecasting capacity to underpin effective city and municipal level planning”.

As advocated by ISA, the body’s membership and functions would closely mirror those of the NHSC. However, again consistent with our proposals, there would be greater emphasis on the position of renters on low to moderate incomes.

No-one disputes that, with continued population growth nationally and especially in our capital cities, maximising new house-building must be part of the policy mix. But the idea that this can be any kind of silver bullet for unaffordable housing – especially for the lower-income renters who are really doing it tough – is fundamentally flawed. As ISA puts it:

What is needed above all is “a comprehensive, long-term commitment to addressing the supply of affordable rentals for low to moderate earners”.

Australia sailed directly away from this essential goal with the Abbott government’s 2014 scrapping of the National Rental Affordability Scheme.

Moves to repair the damage

Recent policy moves in Canberra just may have set a course towards repairing the damage.

Treasurer Scott Morrison has backed a new mechanism to channel low-cost construction finance to community housing providers. The Commonwealth is also starting to pressure the states and territories to develop “credible housing strategies”. This would be in return for ongoing national funding for public housing and homelessness services.

Crucially, such strategies should include state and territory commitments to the robust use of land-use planning systems to hard-wire affordable rental housing supply into the normal private house-building process. This would emulate and build on recent proposals by the Greater Sydney Commission, which the New South Wales government is considering.

For the states and territories, this model could be a major element of “their side of the bargain” in a serious push to secure an enduring affordable housing supply. Only with some form of matching federal “development subsidy”, however, do such strategies stand a chance of making a real difference.