Banks will need to move quickly to embrace the changes that mobile banking is forcing upon them, writes Jonathan Greenacre. 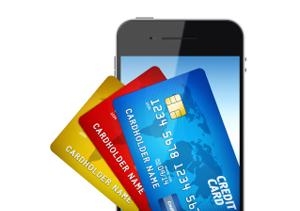 OPINION: How are retail banks — the incumbents of banking — likely to fare in the era of mobile banking?

This is an increasingly crucial issue for banks. Mobile banking is a major technological development, and history suggests that incumbents can be reduced to obscurity as new players, or “market disruptors”, use improved technology to upset the old order.

For example, companies such as Netflix, which uses postal and later online distribution of rented films, are revolutionising the way consumers access movies. A consequence has been that Blockbuster, a traditional bricks-and-mortar DVD rental company, has lost enormous market share. Similarly, as at January 2011, Amazon was selling 105 digital books for every 100 analogue books and contributing to sending Borders, a regular bookstore, into obsolescence.

In the era of mobile banking, banks may be next in line to see their relevance diminished. Internet, telecommunications and technological companies — the market disruptors in relation to mobile banking — are probably better placed to develop key components of mobile banking than banks. Traditionally, banks “owned” the retail banking relationship with customers. They designed, manufactured and distributed banking products. However, mobile banking emphasises disintermediation and these processes may reduce that advantage for banks because market disruptors can provide some (if not all) of these steps.

Market disruptors are becoming increasingly adept at distributing banking products through payment systems. For example, mobile payments constitute one of Google’s three main strategic goals, and it already has a digital banking licence in Holland. PayPal is reportedly scouting for a major retailer to embrace its mobile phone payment services. Square, which provides small devices that attach to smartphones and allow small businesses or tradesmen to accept credit card payments, has signed up more than 1 million customers since its launch in 2010, including the Salvation Army. Around three million customers now use mobile prepaid to pay for their coffee at Starbucks.

New technology is making these processes ever easier. For example, Australian-based mHits has developed a SMS-based technology where natural language messages are used to transfer money to another mobile phone number. (For example “pay 0412345678 $3 soy latte”.)

Many of these developments come under the label of “near field communication (NFC)”, which involves establishing radio communication between smartphones and similar devices by touching them together or bringing them into close proximity, usually no more than a few centimetres. In late 2010, Google introduced the first NFC-enabled smartphone, the Nexus S, made by Samsung. A simple app turns the Nexus S into a portable payment processor. In 2011 market researcher Pyramid Research forecast that 28% of all smartphones (around 250 million) sold by 2015 will be NFC enabled.

Clearly, banks need to reform to ride the wave of mobile payments. To compete with these market disruptors, banks need to remain relevant, attractive and create value for customers. Doing so in relation to mobile banking will require a fundamental reappraisal of a bank’s relationship with customers, and it is unclear the extent to which the major clearing banks have come to terms with this need. In a 2011 survey of over 150 European banks, McKinsey reported that almost 55% assigned 10 or less employees to mobile banking, suggesting a lack of investment in this field. For those who do want to compete with the market disruptors, how should they do so? Four strategies may be helpful.

The first, and perhaps most obvious and fundamental step, involves banks accepting that they will no longer own the customer relationship — and that they should collaborate with the market disruptors. This will involve, for example, supporting contactless point of sales, and generally either determining mobile payment solutions themselves or partnering with potential market disruptors such as Telstra, EFTPOS, BPAY, and PayPal.

Some banks have started. For example, Barclays has adopted a contactless mobile payments partnership with Orange in the UK.

The second strategy involves banks becoming bigger so that they can afford the technological innovation required to build mobile banking into their operations. The Economist has argued that the high cost of technology and the gains it promises may mean that in the era of mobile banking, bigger, wealthier banks are more likely to succeed than smaller ones. This is partly because regulation has become more intrusive in the years since the financial crisis, so raising relative compliance costs that may inhibit the capacity of smaller banks to invest sufficiently in the requisite technology.

Furthermore, larger banks such as Citigroup, HSBC and Standard Chartered, appear better able to standardise their procedures and systems, and so can replicate their successful practices across the largely unserved but potentially highly lucrative banking markets in Asia and the Americas.

Use branches to facilitate conversation, not transactions

The third strategy is to leverage any face-to-face contact with customers towards engagement rather than transaction. This may enable banks to stay relevant to customers as a source of financial advice, a capacity that market disruptors will take time to develop.Banks are already heading in that direction. For example, SNS in the Netherlands decided to remove cash from their branches in 2009. In the middle of Paris, BNP Paribas’s flagship concept store contains red, green and yellow beanbags, and white benches with iPads and rooms with couches and flatscreen televisions. The idea is that a customer can see a financial advisor while having a coffee. ING Direct Café near San Francisco Union Square serves coffee, and the barista serving the latte asks whether the customer would like to talk about money or open a saving account. Transactions are not permitted at this bank branch.

Fourth, banks can leverage customer information entrusted to them to provide tailored products that retains a customer’s attention. Banks seem to have worked this out. A McKinsey report suggests that some banks have been able to double the share of customers that accept offers of loans and reduce loan losses by a quarter, simply by using data they already have. However, market disruptors are also getting on the act. In America,Visa has teamed up with Gap, a clothes retailer, to send discount offers to cardholders who swipe their cards near Gap’s stores.

Even then however, banks’ ability to leverage their supposed trust advantage may not last for long. Currently part of the reason that customers trust banks over market disruptors is because they are not used to the non face-to-face aspect of mobile banking. However, as a new generation grows up in which mobile banking is the norm, they may trust the market disruptors, so reducing the trust advantage of banks. In a recent MasterCard survey, 37% of respondents aged 35 and older said they would be comfortable paying for items via NFC, but this figure was 63% for those aged 18-34 years old, suggesting that younger people are much more willing to interact with market disruptors than their parents’ and grandparents’ generations.

It is clear that banks will need to embrace the changes that mobile banking is forcing upon them. There are strategies that are available to them to do so, but they will need to move quickly. As Blockbuster or Borders might tell you, in the information age, the future belongs to those that are nimble and far-sighted enough to embrace it.

Jonathan Greenacre is a Research Fellow in the Centre for Law, Markets and Regulation at UNSW.