Opinion Federal mediator too far away from ACT action

Given the games that shopping centre landlords, franchisors and larger businesses can play, it's time small businesses had access to an independent commissioner in the ACT, writes Frank Zumbo. 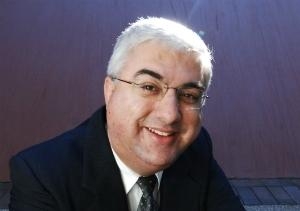 OPINION: Given the games that shopping centre landlords, franchisors and larger businesses can play, it's time small businesses had access to an independent commissioner in the ACT.

No doubt the latest federal small business commissioner will work hard in the role. After all, there is a great deal that can be done to help small businesses in their inevitable disputes with federal government agencies. Who do small businesses turn to when they have a business-related dispute with a federal government agency? The Ombudsman is there for administrative or process issues, but doesn't readily get involved in business-related disputes.

What does the federal government's failure to give the new federal small business commissioner any legislative powers mean for small businesses? Well, it means we have missed an opportunity to help small businesses in a real and practical way.

More dangerously, the federal government's failure means the new federal small business commissioner will be too busy trying to give the role some substance at a federal level even to think about helping ACT small businesses with any problems they may have with shopping centre landlords or franchisors.

The point is very simple. Canberra small businesses need an ACT-based small business commissioner to help them with any disputes they may have with larger businesses. All those small retailers who have had a problem with a landlord know how it is when there's a dispute. Taking legal action can be prohibitive and the lease tends to be stacked in favour of the landlord. Changes to leases and rent increases can be offered on a take-it-or-leave-it basis.

Who does the small retailer turn to? The ACCC will generally not get involved in individual business disputes. Members of Parliament often help, and the ACT small business minister and industry associations can certainly be passionate advocates for small businesses generally, but the problem is that these are often ad-hoc responses and may be of little help where the small retailer is facing a nasty landlord.

The same goes if a franchisee in Canberra is the victim of a nasty franchisor, or the small business is up against a difficult ACT government department.

That's up to 86 per cent of cases that can stay out of the courts and where the commercial relationship between the small and large business can be preserved.

Having a small business commissioner in the ACT would give Canberra small businesses an independent person to help resolve business disputes through processes such as meditation. Such a commissioner also could identify emerging issues that could be resolved through mandatory industry codes of conduct.

The use of mediation to resolve business disputes is a well recognised process that helps keep matters out of the courts. Mandatory industry codes of conduct could usefully provide for a formal alternative dispute-resolution framework that small businesses in the ACT could use in the event of a dispute with a larger business.

That's the model adopted in South Australia and it could easily be adopted in Canberra. As for cost, initially, the commissioner could be a part-time appointment with just a small number of full-time staff. Formal mediations could be done by an external panel of mediators, with individual mediators being appointed as required.