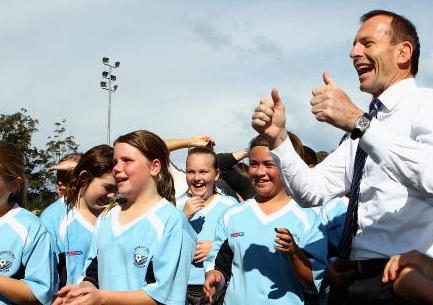 While the Commonwealth raises approximately 80% of total government revenue, the bulk of the responsibility to deliver services in critical areas such as health and education falls on the states.

To understand why Australia has this huge disparity, we need to examine the legal and historical developments that have taken place on both sides of the revenue-expenditure ledger since Federation in 1901.

The capacity of the states to generate their own sources of revenue has dwindled since Federation. The explanation can in part be found in certain design features of the Australian Constitution. The influence of these features has been further exacerbated by a number of highly influential decisions of the early High Court, such as in the First and Second Uniform Tax cases, which have predominantly found in favour of the Commonwealth.

At Federation, the framers gave the Commonwealth an exclusive power to impose duties of customs and excise. As a consequence, the states were almost immediately locked out of any revenue that might have come from imposing tariffs or other financial trade barriers. This was significant at the time, since customs and excise were the primary mechanism of raising taxation revenue.

More recently, the Commonwealth’s exclusive power over duties of customs and excise has taken on an even greater significance. This is because in a line of cases beginning with Parton v Milk Board, the High Court has given this provision a very wide interpretation.

The outcome has been to prevent the states from levying any broad-based consumption or sales taxes, such as a GST of their own.

To some degree, the framers of the Constitution predicted that by giving the Commonwealth exclusive power over duties of customs and excise, it might end up with a significant amount of money that it didn’t need.

As a result, the framers inserted into the Constitution a provision known as the “Braddon clause”. This clause said that the Commonwealth could keep only a quarter of the money it raised from duties of customs and excise. The rest had to go to the states or be used to pay off their debts.

But the framers also harboured doubts about what the financial landscape might look like in the years beyond Federation. Not wanting to lock the Commonwealth and the states into a financial situation they had not foreseen, they limited the compulsory operation of the Braddon clause to just ten years after Federation.

Consequently, the Commonwealth is no longer constitutionally required to distribute to the states the surplus it makes on duties of customs and excise.

In 1942, the Commonwealth started imposing income taxes in a way that prevented the states from doing so. Initially this was intended to be just a wartime measure. However, in the same year and in response to a challenge from the states, the High Court sanctioned the Commonwealth’s use of its taxation power to the exclusion of the states.

Emboldened by this validation, the Commonwealth continued to levy income taxes exclusively even after the war. Today this represents the single largest tax base in Australia.

The above measures have resulted in a windfall for the Commonwealth at the expense of state revenues. In contrast, the states have been relegated to relatively minor tax revenue sources, such as taxes on gambling, insurance, property and employers’ payrolls.

On the other side of the ledger – the expenditure side – the constitutional division of responsibilities between the Commonwealth and the states has, for the most part, remained frozen in time.

At Federation, the framers conferred only a limited set of law-making powers on what was to be our new “national” level of government. Those powers covered matters that were considered to be of real national importance, such as defence, external affairs and trade with other countries.

Critically, however, the Commonwealth was not given power in relation to key areas of service delivery, such as health, education and local government. In these areas, it was thought that it would be more appropriate for the individual colonies – now “states” – to maintain their responsibilities.

As a consequence, a significant gap – known as vertical fiscal imbalance – has opened up between the relative capacity of the two levels of government to raise revenue and their respective need to expend monies to meet their constitutional responsibilities.

Since 2000, the transfer of GST revenues from the Commonwealth to the states has gone some way to alleviating this imbalance. However, economists frequently note that the current rate of GST is woefully inadequate to meet the future spending needs of the states.

As the Commonwealth’s financial dominance has grown, so has its willingness to use the fiscal imbalance to exert influence in state areas of responsibility.

Second, the Commonwealth increasingly enters into contracts and makes direct payments to individuals and entities, bypassing the states altogether. So, for example, the Commonwealth funds a national “chaplaincy” program in state schools, even though it has no general constitutional powers in relation to education.

The financial dominance of the central government gives it the capacity to interfere in an ad-hoc fashion whenever it suits its interests to do so. On the other hand, the capacity of the states to deliver in their areas of constitutional responsibility is significantly hindered, both by their lack of independent revenue-generating capacity and by the pressure exerted upon them by the Commonwealth.

Ultimately, this lack of alignment is problematic because it significantly muddies the waters for the electorate. Voters are left unsure of which level of government to hold responsible for policy failures in critical areas.

That presents a significant challenge to one of the fundamental pillars of our democratic system: accountability of government to the people.

Shipra Chordia is Director of the Federalism Project at the Gilbert + Tobin Centre of Public Law at UNSW.

This article was first published on The Conversation.