The legal profession is not the bastion of equality that it should be, writes George Williams. 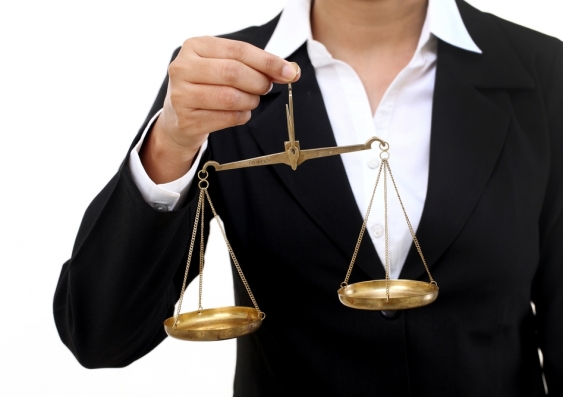 OPINION: The legal profession is not the bastion of equality that it should be. Women are too often denied the same opportunities as men and discrimination is common. This has led the Law Council of Australia to introduce programs aimed at achieving fairness and removing unconscious bias about the fitness of women to serve as lawyers.

The problem is especially acute in the ranks of Australia's barristers, the arm of the legal profession that represents clients in court.

In 1997 Australia's first female High Court justice Mary Gaudron lamented the absence of women at the bar. Justice Michael Kirby also said that hundreds of barristers had appeared before the court but he had only seen and heard from six women.

This gap should have closed over the past 20 years. After all, more than 60 per cent of law graduates today are female, as are 63 per cent of those admitted to legal practice. On the High Court, there was only one female judge among its seven members in 1997. There are now three, including the new Chief Justice Susan Kiefel.

I sought to discover if women are now getting their fair share of opportunities to appear before the High Court. Every case heard by that court over the 2015-16 financial year was examined. The results of this co-authored study in the Australian Law Journal were surprising and disappointing, especially to those women who aspire to the highest ranks of the bar.

Over this period, women appeared in the High Court more often than they did in 1997, but still on very unequal terms – 529 barristers appeared in person at least once before the court, but only 117 or 22 per cent were women. In more than half (51 per cent) of the matters before the court, no female barrister appeared at all, despite the average number of barristers in each case being 4.3.

The figures are even more striking in regard to the roles played by barristers. A male barrister spoke before the High Court 438 times. A woman did so only on 42 occasions. In most cases, women were silent, instead playing a support role for a male barrister.

Another factor is that male junior counsel were more likely than female junior counsel to be given an opportunity to speak to the court. Women received five such opportunities, and men 70. This shows a disturbing picture in which discrimination is evident among the next generation of Australia's leading barristers.

There was also a disparity in the types of clients that briefed men and women. While men received 22 per cent of their briefs from corporations, women only received 7 per cent from this source. Men took the lion's share of commercial work, while women were over-represented in family law, suggesting that stereotypes persist as to the type of work women are best suited to.

These figures reflect deeper, seemingly intractable, problems within the legal profession. Fiona McLeod SC, president of the Law Council, has highlighted that being a barrister is "among the worst professions for unequal pay, due in part to the lack of opportunities for women to work on more expensive cases, despite their experience".

Research shows that the average male barrister in NSW earns 62 per cent more than the average female barrister. This reflects the rate of attrition of women at the bar significantly exceeding that of men, resulting in far fewer women joining the senior ranks of the profession.

These problems are not limited to Australia. A vivid illustration is the British Supreme Court case heard in December on whether the British government can sever ties with the European Union without a parliamentary vote. Of the 19 hours of time allocated to oral argument over the four-day hearing, female barristers were given only 45 minutes. Of the 57 barristers who appeared, 52 were men and five were women.

Justice should be available to everyone, irrespective of their gender, race or background. This applies with equal force to those seeking to administer justice. And yet, 20 years after judges highlighted the absence of women in appearing and speaking before Australia's highest court, stark inequality remains.