Opinion 'Flying grannies' struggle to care for their Australian grandkids

A new study shows how migrant families struggle to get the childcare they need and how an easier visa system would help. 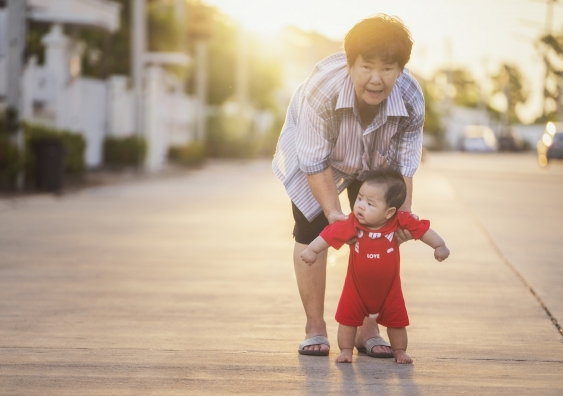 Even in 'normal' times, many migrant families struggle to get the childcare they need. Photo: Shutterstock.

COVID-19 border closures have made family reunions almost impossible for the past 18 months.

But our new study on grandparents who come to Australia to care for their grandchildren shows that even in “normal” times, many migrant families struggle to get the childcare they need.

Apart from the importance of family and cultural connections, grandparents are a highly sought-after form of childcare because formal early childhood education and care (such as daycare) is so expensive. 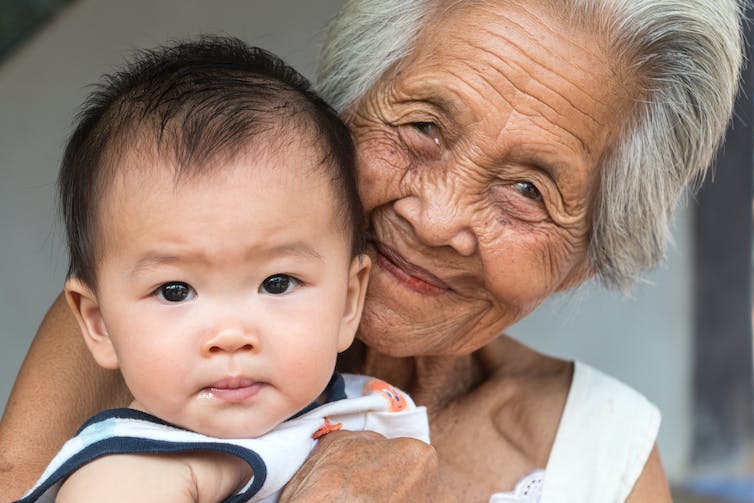 Grandparents who live overseas, who we call “migrant grandparents”, provide two types of childcare. This includes the so-called “flying grannies” who do regular short trips, and those who permanently relocate in order to provide care for grandchildren.

In 2019, we interviewed 12 migrant grandparents from China, Vietnam and Nepal about their experiences. The research consisted of three focus groups with these grandparents, all of whom provide regular childcare for their grandchildren in the Sydney metropolitan area.

What migrant grandparents do

The migrant grandparents provided intensive childcare for their grandchildren. This support, they said, enabled their adult children to “get ahead” in their new country. One grandmother from Vietnam put it this way:

Thinking about my daughter, [she] can’t contribute to the country because she has to stay home to take care of her daughter and family[…] When I come here, I take care of my grandchild and my daughter goes to work.

A grandfather from Nepal put it this way:

My daughter-in-law is studying RN [registered nurse]. She is completing the course within six months […] If we are here [it is] very easy.

Permanently relocating to Australia as a grandparent is difficult and expensive. One option is a “contributory visa,” but this costs about $50,000. The other permanent option for grandparents is the “non-contributory” visa, which is cheaper but has a prohibitive 30-plus year wait. 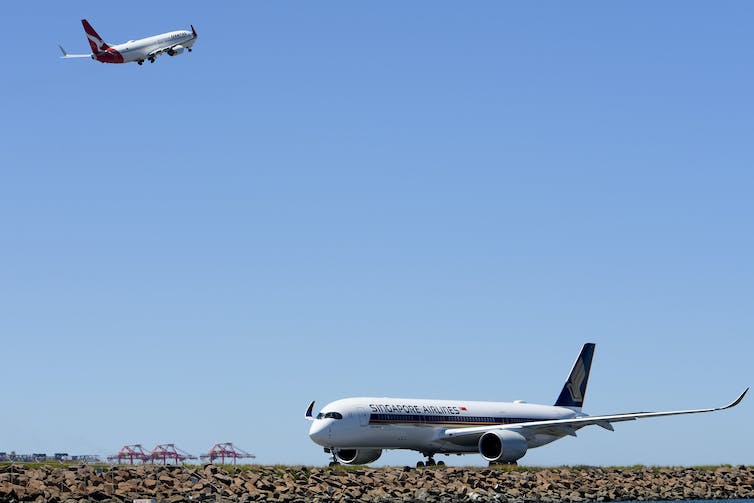 These visas also have strict criteria, which require at least half of an applicant’s children to be Australian citizens or permanent residents. They must also provide assurances they will repay any social security debts incurred. In 2018-2019, there were 5,587 contributory and 1,218 non-contributory parent visas offered.

In 2019, the federal government introduced a new visa. Costing between A$5,000 and A$10,000, it allows citizens and permanent residents to temporarily bring their parents to Australia for three or five years renewable up to a maximum of ten years. During their stay, visa holders do not have access to public healthcare or social security and cannot do paid work.

The impact on migrant grandparents

Migrant grandparents we spoke to talked in-depth about the challenges of Australia’s visa system. Many were simply unable to afford a permanent visa. As a Nepalese grandfather said:

I think if we pay $50,000 then we can get a permanent visa. So we can’t do that. So for us this [temporary visitor visa] is the only option. We are not satisfied, but what to do?

Nepalese and Vietnamese participants reported how they used revolving visa applications to maintain contact with their families in Australia. This required constant travel between Sydney, their home city, or third countries. Many said they were now on their fourth or fifth visa. As one Vietnamese grandfather said:

I stay a maximum of three months and then I go back to Vietnam. This is the fourth time I’ve come to Sydney. For this visit, my wife and I need to leave Australia to go back to Vietnam in about one week to follow the conditions of our visa.

The Chinese grandparents in our study were all able to afford the “contributory” visas that provided much greater continuity and security. But even these created vulnerabilities. Although the visa was permanent, grandparents were still unsure about their entitlements and worried about accessing the health and aged care they might need as they grew older. An interpreter explained:

They [the grandparents] didn’t know whether the government can help them, when they’re getting old. So, they need someone who can speak their language, to look after them, to support them.

Their dependence on their children to qualify to be in Australia also created the potential for exploitative relationships.

The impact on parents and children

The temporary visas not only create problems for grandparents, they are also a source of instability for children who miss their grandparents’ care. As one grandmother told us:

Every time when I’m back there [in Vietnam], my granddaughter, she misses her grandmother and she asks, ‘Why does our grandmother need to go back there? I miss you. Who will take me to school?’

This uncertainty about grandparent care also made it very difficult for adult children to find and maintain decent employment.

One Vietnamese grandmother explained how each time her three-month visa expired, her daughter had to give up work, because she could not afford daycare. This pattern had been recurring for ten years.

Our study revealed Australia’s migration and childcare regimes do not match up well.

Read more: Migrant grandparents to fill childcare gap, but at what cost?

Even with the relatively new (2019) visa, getting to Australia as a migrant grandparent is uncertain and for many, impossibly expensive. It is also poorly supported when it comes to healthcare and social security – leaving this group of grandparents vulnerable as they age.

Our research highlights the need for clearer, more accessible visa pathways for migrant grandparents. It is also (yet another) reason to create more affordable early childhood education and care for all families in Australia.