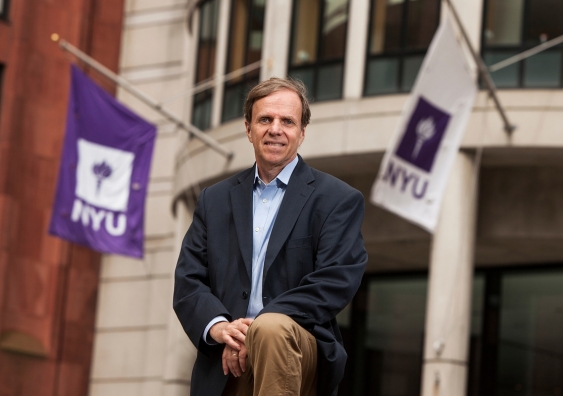 When an eight-storey building in Bangladesh collapsed in 2013, killing more than 1,100 garment workers and injuring 2,000 others, the spotlight turned to Western retailers and their attitudes to human rights.

Professor Michael Posner sees this as a potent example of why companies’ responsibility to protect and promote human rights remains critical to resolving global challenges, including poverty, trafficking, gender inequality and climate change.

On 25 May, Posner will deliver the Australian Human Rights Centre’s Annual Lecture at UNSW, where he will discuss the impetus for human rights demands on corporations, the progress of the business and human rights movement and the potential challenges in ensuring that human rights are key to the development and implementation of sustainable business practices.

We need to engage in this subject in a way that actually brings businesses to the table, otherwise it is pointless.

He argues that the time has come for discussion to move from aspiration to implementation when we talk about the responsibility of companies to respect human rights.

“We must identify common standards in each industry and identify benchmarks of compliance, coupled with establishing the remedies for non-compliance. We need to engage in this subject in a way that actually brings businesses to the table, otherwise it is pointless," says Posner, a professor of Business and Society and Co-Director of the NYU Stern Centre for Business and Human Rights, the first-ever centre on business and human rights at an American business school. "We need to move from what businesses should be doing in an ideal world to what can they be doing, and then finding the pathway to make that happen.”

Prior to joining NYU Stern, Posner served in the Obama Administration as Assistant Secretary of State for the Bureau of Democracy, Human Rights and Labour at the State Department (2009-2013). From 1978 to 2009, he led the New York-based human rights advocacy organisation, Human Rights First.

He played a major role in shaping US policy on issues ranging from refugee and asylum law, national security and human rights, internet freedom, and business and human rights.

Throughout his career, he has been active in several leading organisations in the field of business and human rights, including the Fair Labour Association, the Global Network Initiative, and the Voluntary Principles on Security and Human Rights.

One area where attention on human rights should be directed is global supply chains, Posner says. As large corporations pursue new markets, new technologies and lower production costs, they have grown increasingly reliant on complex global supply chains to manufacture their goods. But this dependence on outsourcing has also led to a rise in modern-day slavery.

“Expanding global supply chains has allowed consumer demands for cheap goods and services to drive down wages and dilute local regulatory controls. In a highly competitive global economy, weak governments are inclined to compete with one another to maintain their market share rather than prioritise basic protections of their own people,” he says.