Opinion Fraser’s economic medicine was everything in moderation

Former prime minister Malcolm Fraser wasn’t a visionary in the economic sphere, but he did steady the ship, writes Richard Holden. 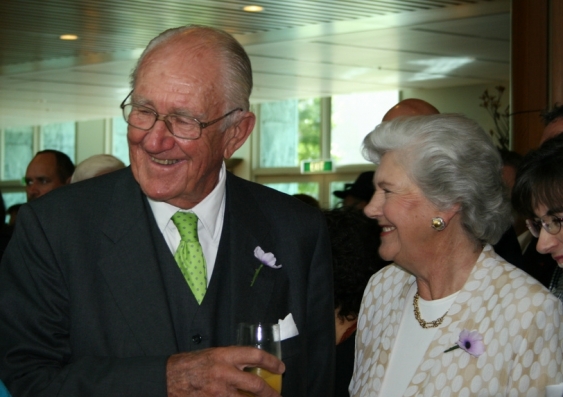 Malcolm Fraser at the apology to the Stolen Generations. Image: HREOC

OPINION: Much will be written in the coming days about the turbulent political times in which Malcolm Fraser ascended to the prime ministership. But it is worth remembering that they were terribly turbulent economic times as well. A simple chronology will note that Fraser’s prime ministership was wedged between the chaos of the Whitlam years and the seismic reforms of the Hawke-Keating era. But there’s more to Fraser’s economic legacy than that.

Fraser came to power amid a shocking economic occurrence: stagflation. Until the early 1970s it was thought by economists that high inflation and high unemployment could not occur at the same time. This belief came from the prevailing Keynesian models of the era which posited a stable trade-off between inflation and unemployment. Rev the economy a bit faster and you got more employment and output but stoked inflation. Take the foot off the pedal and the opposite occurred.

But from 1973 onward this all changed. In 1975 inflation hit an alarming peak of 16%. In the decade that followed, Australia’s unemployment grew five-fold, spiking in 1982 as high as 10%. At the same time, wages shot up, putting pressure on prices, which in turn put pressure on wages. This so-called wage-price-spiral was hard to break.

The Fraser government took a pragmatic, if not principled approach. Serious downward pressure was put on wages, but the spiral was never broken until the prices and income accord in the subsequent government. The “razor gang” cut back on Commonwealth spending in a serious way — spending that was completely out of control under Whitlam. The Campbell report on financial reform — a watershed in Australian economic history — was commissioned, though not implemented.

Yet he didn’t go nearly as far as many members of his own government wanted in cutting back the role of the state and advancing free enterprise. The “dries” of the Liberal Party wanted a much more Thatcherite approach to the problems facing the Australian economy. Yet Fraser resisted. He certainly pushed in a more free-market direction: government spending was cut, trade became more free, huge wage claims were curtailed. But he didn’t go all the way to Reagan’s “government is the problem” or Thatcher’s radical individualism.

In many ways Malcolm Fraser approached the economy like a wise family doctor advising on dieting and weight loss: enjoy a little of everything, in moderation.

When Fraser became prime minister, the economic theory that would replace radical Keynesianism — the rational expectations revolution — was still being formulated and refined by Robert Lucas at the University of Chicago, along with others. There was no clear path for what to do, and Fraser neatly steered a middle course. He did no harm to the patient, and laid the groundwork for the recovery to come.

In hindsight, could he have done better? Sure. His treasurer, John Howard intimated as much in his recent interviews with News Corp columnist Janet Albrechtsen. From my perspective we could have used a bit more Lucas and a lot less Keynes. More understanding of the virtues of competition and free trade. But Fraser lived economic events forward, without the benefit of hindsight, time to assess and reassess, and without the sophisticated number crunching that policy makers have today.

Of course, Fraser’s legacy was arguably chiefly outside the economic sphere. Others will no doubt point to a variety of principled moral stands: against apartheid, for Indigenous land rights, and in his post prime-ministerial years for a range of humanitarian causes. Malcolm Fraser was clearly a very decent human being.

But it would be wrong to think that he wasn’t also a good economic manager. In many ways he laid the groundwork for the Hawke-Keating years. He certainly wasn’t a visionary like Keating, nor did major reforms take place on his watch. But he did steady the Australian economic ship for long enough that Keating had something to work with.

Australia can be justifiably proud of an approach to economics that is squarely between Europe and the United States. The US, on the whole, champions free enterprise despite the social costs; Europe sees a much larger role for the state, even if that inhibits free enterprise. The Australia in which we live today is somewhere in between.

When Malcolm Fraser became prime minister that was all up for grabs. We could have become “old Euope” or veered onto a radically individualist path in response to the debacle that came before. Fraser helped us chart a middle course, and we should be very grateful for that.