We have to be better at helping the minority who lose out from free trade and free movement of labour, writes Richard Holden. 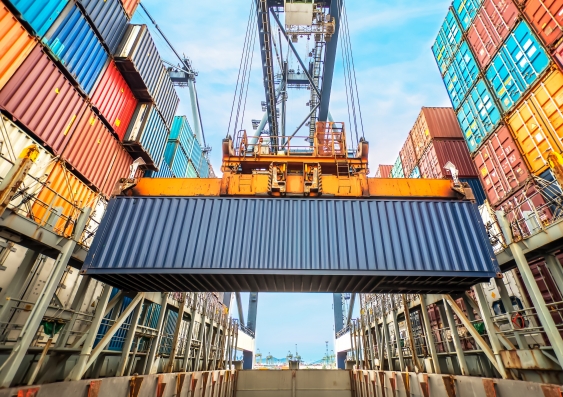 OPINION: A number of factors contributed to Hillary Clinton's stunning loss to Donald J. Trump last week. Jim Comey's October email surprise, a Tiger Woods-level sense of entitlement, and flat out misogyny all played a role. But there is also little doubt that trade agreements such as NAFTA and immigration fears were first-order concerns for pivotal voters in Michigan, Wisconsin and Pennsylvania – the states where Clinton's presidential dreams evaporated.

A centre-left party lost white working-class voters because of globalisation, combined with a candidate in Mr Trump who finally pointed that out. It seems this lesson has not been lost on Bill Shorten, who a few days ago told The Australian Financial Review: "We're not going to lose our blue-collar voters like the Democrats did." No need to read between the lines there. That's a stunningly un-nuanced statement about trade and immigration policy.

In case you thought he was leaving a little wiggle room, the opposition leader clarified matters when he took direct aim at employers who, as he put it: "abuse our visa system to import and exploit cheap labour", and trade deals "which don't deliver the blue-collar jobs for those hurt by these agreements".

A little economics 101, if I may. Free trade and mobile labour make our economy stronger and Australians better off in the aggregate. It also makes our trading partners – often developing nations with very low average incomes – better off. That simple fact is largely responsible for the remarkable run of economic growth Australia has experienced over the past three decades or so, and the rise in living standards that has gone with it.

But the disaffected voters in the US rust belt, Nick Xenophon and Pauline Hanson, and now it seems Mr Shorten, have a legitimate beef. It's all very well for people like me to say that increasing the size of the pie means that we can cut it up in a way to make everyone better off. It's another thing for that slicing to actually happen.

Free trade and globalisation have certainly grown the economic pie, but the hard truth is that not everyone is sharing in that growth. And those who have lost are angry.

While anger at shrinking job opportunities and stagnant real wages is legitimate, trying to reverse globalisation is precisely the wrong answer. What we need instead is a renewed commitment to compensating those that lose from globalisation. We need to take "trade adjustment assistance" a whole lot more seriously than we have.

That involves proper job retraining, genuine help moving families to cities with better opportunities, rethinking retirement income policy, acknowledgement of and resources to help with the mental health issues involved, and much more.

What it doesn't involve is pushing against the unstoppable force which is globalisation, nor forgetting that it has been largely responsible for improving living standards overall and moving literally billions of people worldwide out of poverty. Our leaders should not apologise for free trade and free movement of labour; they should apologise for focusing too much on the aggregate and not enough on those seriously hurt by those forces.

It is also worth remembering that Australia is a rather special case in all of this. Even 30 years ago we had a relatively small manufacturing sector, we are peculiarly reliant on exports from iron ore to tertiary education, and we have a fairly high minimum wage, which is a very good thing – but it also means we are not bringing back the garment industry, or anything like it, to our shores.

Australia has benefited more than most countries from globalisation. And because of our strong social safety net, the domestic victims of these forces have not suffered as much as their counterparts in countries like the United States.

But suffer they have. And politicians, commentators, and, dare I say it, economists have not paid enough attention to that. The right answer, however, is to look forward, embrace globalisation, and take seriously the need to compensate those that lose from it; not be dismissive of their very real concerns.

The wrong answer is to pretend that Australia should manufacture t-shirts, should boycott foreign goods, eschew foreign ownership, close our borders to foreign workers, and reintroduce tariffs in one guise or another.

Right now, Mr Shorten is doing a disturbingly good impersonation of Mr Trump on trade and aspects of immigration. Shorten is a good and decent man – he's no Trump. But let's hope that he is a little bit Trump in one way, and only one way. That this anti-globalisation mantra is all just to get elected, not something in which he really believes.

Richard Holden is professor of economics at the UNSW Business School.