Statistics on women in management are in drastic need of change, says a UNSW Business School student. 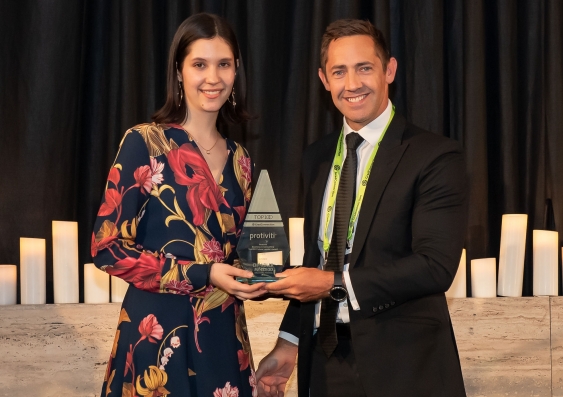 The financial industry needs to do more to support women, says a Top 100 Future Leader and UNSW Business School student.

“It is encouraging to see affirmative action policies being instituted across the financial industry. However, there is so much more change that can occur,” Monica Jovanov says.

“Only five per cent of Fortune500 company CEOs are women – that is a statistic that is in drastic need of change.”

The 21-year-old Commerce and Law student was recently awarded the Protiviti Business & Consulting Award as part of the Top 100 Future Leader awards.

The awards are intended to recognise a new generation of students who will bring more to their industries than just a degree.

“It was really exciting and extremely encouraging to win the award,” says Ms Jovanov, who was selected ahead of thousands of applicants.

“The award has opened a lot of doors for me and reassured me that I am heading down the right path career-wise.”

Ms Jovanov was encouraged to apply by friends who had done the same in previous years. 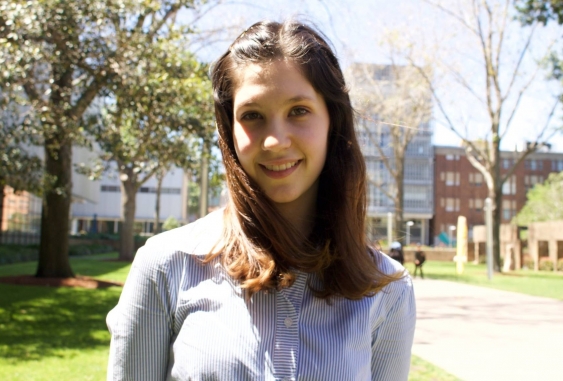 Ms Jovanov says, only five per cent of Fortune500 company CEOs are women – that is a statistic that is in drastic need of change.

“It was interesting to see people from engineering, law, science and business in one room,” the 21-year-old says.

“They all had one thing in common – everyone there had the same drive and motivation.”

Ms Jovanov contributed to a draft resolution at the World Model United Nations Conference in 2017 and has previously worked at Macquarie Group and Schroders Asset Management.

After graduation, she intends to pursue a career in financial services.

“I like the analytical and logical aspects of a job, which translates well to careers like consulting and asset management,” she says.

“I am enthusiastic to start my career – but I want to make sure I take full advantage of all of the opportunities that are available at university first.

“I’m keen to make a positive impact on the industry and dive in to it head first when I graduate.”