The High Court will begin hearing the cases of seven federal parliamentarians who are citizens of other nations. If it was only a matter of applying the letter of the law, their fates would be clear, writes George Williams. 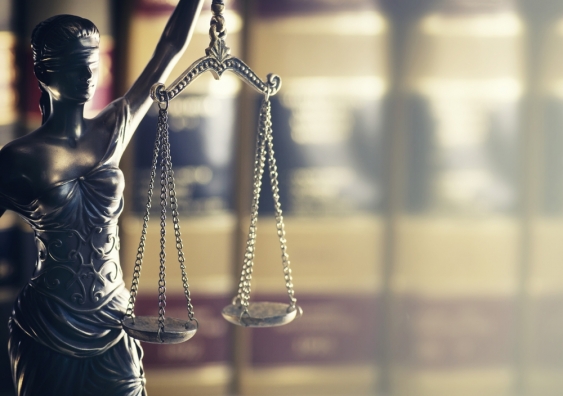 The High Court will begin hearing the cases of seven federal parliamentarians who are citizens of other nations on Tuesday. If it was only a matter of applying the letter of the law, their fates would be clear. This is because section 44 of the Constitution states that a person cannot sit in Parliament if they are a "subject or a citizen … of a foreign power".

However, constitutional questions are rarely so simple. The text of section 44 is 116 years old and operates according to the meaning assigned by the High Court. The judges start with the words of the section, but will also consider its context, history and the meaning given in earlier cases.

The most important precedent is the 1992 decision in Sykes v Cleary. The High Court considered the eligibility of Bill Kardamitsis​ and John Delacretaz, who were born in Greece and Switzerland respectively. Both had gone through an Australian naturalisation ceremony "renouncing all other allegiance". They believed they were entitled to stand for Parliament.

The court took a strict line. It held that the Australian ceremony did not satisfy section 44 because it failed to renounce citizenship under the laws of Greece and Switzerland. But, the court did craft an exception. It said that a dual national can remain in Parliament if they take "reasonable steps" to renounce their foreign citizenship. Being ignorant of any problem under section 44, neither Kardamitsis nor Delacretaz did so, and were disqualified.

Attorney-General George Brandis will ask the High Court to apply section 44 to preserve the positions of the challenged parliamentarians, except senators Scott Ludlam and Malcolm Roberts. His submission is that a person born in Australia having foreign citizenship is disqualified only where they have "voluntarily obtained" that status, or have retained that status by becoming aware they are a foreign national without taking reasonable steps to counter this. It is argued that a person who is ignorant of their status as a dual citizen should not be disqualified.

Brandis submits that this approach "sits harmoniously" with Sykes v Cleary, but this is a stretch. His argument will require the court to take a more generous and creative approach to section 44 than it did in that case.

The government may hope the High Court will look to the judgment of Justice William Deane in the 1992 decision. He found that section 44 disqualifies a dual national "where the relevant status, rights or privileges have been sought, accepted, asserted or acquiesced in by the person concerned". This is a promising line of argument, but suffers from a major problem. Deane was in dissent, and because of this his approach is unlikely to be adopted.

The difficulties faced by the government are shown in the opposing submissions. Former MP Tony Windsor argues that Deputy Prime Minister Barnaby Joyce's position is no different to that of Kardamitsis, and that Sykes v Cleary "cannot be reconciled with the arguments now put by the Attorney-General".

Even if the Commonwealth manages to convince the High Court to read further qualifications into section 44, it is not clear that the government members will survive. For example, Joyce is vulnerable because the court may find that he should have been aware of the risk that he is a New Zealand citizen.

In nominating for Parliament, Joyce signed a form that warned him about section 44. Despite this and knowing that his father was born in New Zealand, he failed to seek professional advice. Even a simple, three-minute check on a New Zealand government website would have revealed him to be one of its citizens. In the words of Windsor, Joyce is a "careless candidate" not deserving of protection from section 44.

The submissions put by Larissa Waters further expose problems with the government's position. When she discovered she was a Canadian citizen, she was so certain of her disqualification that she immediately resigned. Nevertheless, to protect its own members, the government is arguing that Waters did not breach section 44 and was entitled to remain in Parliament.

Waters rejects this. She says that she should have been aware of her situation, and is rightly no longer a Senator. She argues that, where a person is put on notice by their foreign birth or the citizenship of a parent, they must make reasonably diligent enquiries to ascertain their citizenship. Waters accepts that she did not do so, and that she is disqualified. It is difficult to see why Joyce should be in a different position.

If the High Court upholds this view, political uncertainty will be the order of the day as members are replaced, and the hunt resumes for other parliamentarians who have breached section 44. It would be surprising if these seven are the only ones in difficulty. Their cases have arisen in an ad hoc way, and an audit would no doubt reveal others in similar peril.