In the wake of the High Court's ruling we should extend ICAC's powers, but any new authority should be limited to cases where there are serious or systemic allegations, writes Gabrielle Appleby. 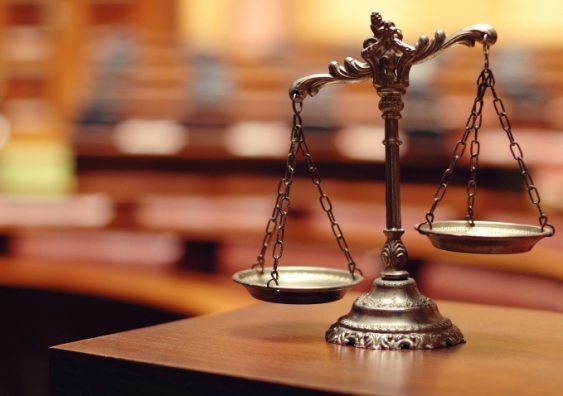 OPINION: Earlier this month in the Independent Commission Against Corruption v Cunneen case, the Australian High Court decided that the New South Wales ICAC was not authorised to investigate private individuals who are alleged to have misled public officials.

While this may involve improper (and often illegal) conduct on the part of the private individual, the public official has not acted dishonestly.

The ICAC retains the power to investigate private individuals who try to induce public officials to act in a dishonest way, for example, by attempting to bribe them. The finding is, therefore, in one sense quite narrow; although that's not to say it doesn't have some significant consequences.

Last week, the ICAC issued a public statement in response to the court's decision asking the Government to amend the Independent Commission Against Corruption Act 1988 as a matter of urgency, and to do so retrospectively. It claimed the decision "will substantially damage the Commission's ability to carry out its corruption investigation and corruption prevention functions." It has ceased its investigations into a number of matters, and will be restricted in its reporting on the high profile cases of Operations Spicer and Credo.

The ICAC also raised concerns that the decision might throw into doubt previous convictions that have relied upon evidence obtained in the course of its investigations. On Friday, it was reported that the ICAC had consented to a court ruling that its findings in its Operation Jasper report against Travers Duncan and three other businessmen exceeded its powers. However, the ICAC's findings against former NSW ministers Ian Macdonald and Eddie Obeid, and his son Moses Obeid, have not been affected by the High Court decision.

Premier Mike Baird is currently seeking legal advice on the High Court's decision, and will meet with ICAC Commissioner Megan Latham this week, before Cabinet considers any amendments to the ICAC's powers. The independent officer charged with reviewing the ICAC's functions, former Supreme Court Judge David Levine, has warned the Government against a knee-jerk reaction to the decision. I agree: NSW needs a sober and informed debate about the future of ICAC.

What the ICAC's future should look like raises a different set of issues from whether retrospective legislation should be introduced to "save" the ICAC's previous investigations. In relation to the latter, there are sound reasons for protecting convictions based on evidence uncovered during an ICAC investigation.

How to resolve the questions around ICAC's future is a more difficult and enduring problem. Importantly, the future investigatory powers of the ICAC should not be decided by the ICAC. While it is appropriate for the Premier to consult the ICAC about the question, particularly given its intricate working knowledge of its own operations and previous investigations, its opinion should not be determinative. This is for two reasons.

First, the ICAC may not be providing the most objective advice on the issue. Professor Gary Sturgess put it a bit more bluntly: "I think they're probably a bit bruised and surprised that they're not quite the heroes anymore." Secondly, the Government's decision over ICAC's powers ought to be informed by consultations with the public, lawyers, academics and government agencies about what powers the ICAC requires to fulfil its objectives.

The fundamental objective behind the ICAC's introduction in 1988 was to re-establish public confidence in public administration. It was introduced in the wake of scandals involving corrupt politicians, police officers and judges. The ICAC was established as a new and powerful investigatory body to supplement the work of other investigatory agencies, including the police. Because the importance of its objective, it was givenexceptional investigatory powers - powers that extend beyond those enjoyed by the police.

The ICAC's powers include the power to require the production of documents and information and the power to compel testimony from witnesses, overriding the right to silence and privilege against self-incrimination. It can conduct public inquiries and it can issue and execute its own search warrants.

All of this brings us to the fundamental question: does the conduct of private individuals who may mislead government officials, even when there is no dishonest conduct on the part of those officials, erode the integrity of government and undermine public trust?

I would answer yes to this question. It follows that I support the amending the ICAC's governing legislation to extend its powers to investigating this conduct. Why?

A number of recent ICAC investigations have demonstrated that when private individuals manipulate government decision-making - for example, the ICAC found, by falsifying expense claims to a government agency, or lying to the government in the course of applying for a mining licence - public trust in the integrity and fairness of that process is undermined. In these cases, public trust in government is undermined because government decision-making processes are not robust enough to prevent others manipulating them. Manipulation of government can also mean, for example, others don't get a fair opportunity to tender for government contracts or licences. It can mean that taxpayers' money is being wasted, and may be funding shoddy schemes.

This type of private conduct is therefore apt to undermine public confidence in government. It is not the same as other criminal conduct on the part of private individuals. It has a public nature. Therefore, in my opinion, it should be within the ICAC's power to investigate it.

HOWEVER, a very important caveat must apply to this position. If the ICAC is given the power to investigate this type of conduct, it should be permitted to do so only in cases where there are serious orsystemic allegations.

Given the exceptional nature of the ICAC's powers, their scope must only be as wide as is absolutely necessary. This ensures that the pursuit of corruption is appropriately balanced with respect for individual liberties.

Further, if the ICAC's focus is not on serious or systemic conduct, its powers would extend to a wide variety of offences. There would be too many cases and ICAC could never discharge its functions. In its decision, the High Court gave a list of examples of the offences that might be caught, including the theft of a garbage truck, telling lies to police or evading state taxes.

Limiting the ICAC's powers to serious and systemic conduct avoids the danger that the ICAC's investigations might themselves start to get in the way of good government. As Cambridge philosopherProfessor Onora O'Neill explained in her Reith Lectures, A Question of Trust:

Plants don't flourish when we pull them up too often to check how their roots are growing: political, institutional and professional life too may not go well if we constantly uproot them to demonstrate that everything is transparent and trustworthy.

Finally, no government or government official will ever be perfect. Too much publicity over even relatively trivial breaches of trust can lead to those within government starting to jump at shadows. In this environment, good, committed people may be dissuaded from joining government, or can be needlessly lost.

The ICAC legislation currently gives the ICAC discretion to refuse to conduct an investigation into a trivial matter, and says it should direct its attention to serious and systemic corrupt conduct. These restrictions should be made enforceable.

As part of her initial complaint, Ms Cunneen alleged that the decision to conduct a public inquiry into the allegations against her and her son did not meet this requirement. However, she ran into difficulty because the ICAC was not required to provide reasons for its decision and she could not provide other evidence that the ICAC had acted unreasonably.

These are my views about the future of ICAC. Before deciding its course of action, the Government should be actively canvassing views from a wide range of experts - from lawyers, academics, and those within government agencies, including the ICAC, but also from the police and the Ombudsman's office.

It is not the time for knee-jerk reaction, but reflection on the role that the ICAC has played and ought to play, and how it can achieve its aims without undermining liberal democratic principles and trust in government.

Dr Gabrielle Appleby is an Associate Professor and co-director of The Judiciary Project at the Gilbert + Tobin Centre of Public Law at UNSW.

ICAC is an investigator not a prosecutor