This week's High Court judgment on the legality of offshore detention on Nauru has been reported as a “win” for the government. However, things may not be that clear-cut, writes Madeline Gleeson. 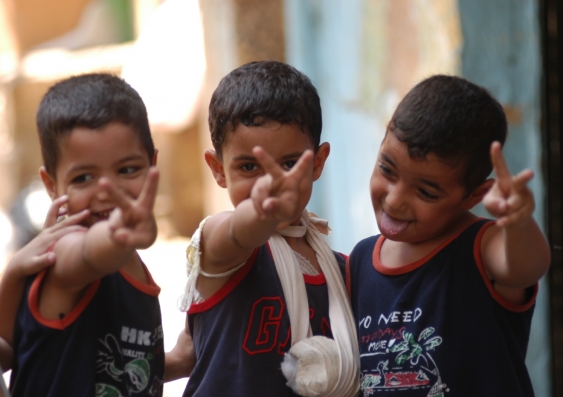 OPINION: On Wednesday, over five separate judgments, the High Court dismissed a challenge to the legality of Australia’s offshore processing regime.

The judgment has been reported as a “win” for the government. However, things may not be that clear-cut.

Background to the case and decision

The plaintiff in this case, a Bangladeshi woman, originally brought a much larger claim against the Australian government. She alleged that her detention as an asylum seeker on Nauru was unlawful on several counts.

This was not a matter the Australian government could afford to lose. So, in June 2015, the government fast-tracked legislation to give retroactive legal coverage to anything the plaintiff claimed it might have done wrong on Nauru since 2012. With the opposition’s full support, the Abbott government effectively decimated the bulk of the case against it.

A few months later – just two days before the High Court was due to hear the case – the Nauruan government announced that the detention centre on the island was “open”. It was a fortuitous coincidence, according to Australian Immigration Minister Peter Dutton, leaving the Australian government open to argue that there was now nothing left for the court to decide.

If the plaintiff was sent back to Nauru she would no longer face detention there. According to the government, the only outcome left for her – a declaration that her past treatment had been unlawful – could be of no further consequence.

The High Court didn’t buy this argument. A number of the judges noted that things could change on Nauru at any time. Justice Bell pointed out that the Nauruan government could always revert to a scheme under which asylum seekers taken by Australia to the island were detained in the future.

While the High Court did not explicitly articulate it, there is also the possibility that Nauru could choose to start detaining people again who have already been released – for example, if their presence among the local population were to prove too volatile or problematic to be sustained. If such a change were to occur, a very real legal issue would remain as to whether Australia could continue transferring people there in those circumstances.

Six of seven judges found that whatever the Australian government’s involvement, it was not acting outside the powers conferred on it under Australian law. This finding is probably the only one of immediate concern to the plaintiff, the other 266 people subject to transfer back to Nauru, and the several hundreds more already there – not to mention those watching on from Manus Island to see how this case might affect their fates.

For these men, women, and children, the judgment was undoubtedly a loss.

Yet the judgment offers small but significant glimmers of hope for asylum seekers in offshore detention. There are two important things to note about how the judges reached their final decision.

First, all judges – with the possible exception of Justice Keane, who was more circumspect – held that Australia had either been responsible for the detention of people on Nauru itself, or had otherwise been implicated in their detention by Nauru.

Australian participation was “indisputable”, according to Chief Justice French and justices Kiefel and Nettle. Justice Gageler found that Australia had “procured” the detention of asylum seekers on Nauru through its contractors who exercised physical control over them. Justice Bell also held that Australia had “exercised effective control”.

Strongest of all was Justice Gordon’s dissenting judgment. This concluded unambiguously that “the plaintiff was detained by the Commonwealth on Nauru” – in violation of all Australian law.

These findings deal a crucial blow to the tired argument that what happens offshore is not Australia’s responsibility, but rather is wholly a matter for Nauru (or Papua New Guinea). This claim – maintained with stubborn insistence by the Gillard, Rudd, Abbott and now Turnbull governments – has arguably been the biggest obstacle to improving the treatment of people sent offshore for processing.

By denying any responsibility for mistreatment and human rights abuses occurring on Nauru and Manus Island, Australia has rebuffed every charge that it is violating its international obligations. It has perhaps also headed off some of the moral outrage that could have transpired if the Australian public more widely understood their government was committing these violations with their money and in their name.

The second finding that offers some hope was laid out in various terms by all six of the judges who deemed Australian involvement in detaining asylum seekers on Nauru to be lawful: the government cannot support an offshore detention regime that goes beyond what is reasonably necessary for processing.

This is to say that Australian law – since the June 2015 amendment – only authorises the government to be involved in the detention of people offshore for as long as it takes for their asylum claims to be processed. To some this may seem nothing more than a legal door left slightly ajar. But, if probed deeper, it may prove to be a much wider gap.

The truth of who is really processing asylum claims on Nauru and Manus Island, and how decisions are actually made, may never be known. Failing another court case and the discovery of revealing documents, it risks falling into the ever-expanding category of information kept as a government secret.

But, lack of transparency aside, it appears that the processing “tap” has been turned off at various times on both islands over the years. This has unnecessarily drawn out the decision-making process, keeping people detained much longer than some might argue is “reasonable”.

There is no endgame for refugees on either island; no answer to where they are supposed to settle in the long term. Until one is found (if ever), there is no pressing need to complete processing and release the men on Manus Island, and nothing to stop Nauru changing its mind about granting freedom to those who are there.

The High Court may have delivered its judgment, but the matter is far from over.