In a landmark lawsuit, a tribunal finds the NT government has a legal obligation to ensure remote housing is habitable and in good repair. 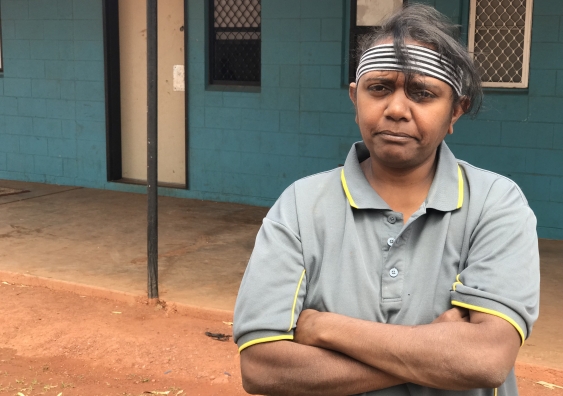 In a win for Aboriginal residents living in Santa Teresa, 80 kilometres south-east of Alice Springs, the Northern Territory Civil and Administrative Tribunal (NTCAT) found for the first time that the government has a legal obligation to ensure remote housing is habitable and in good repair.

“This is not a problem unique to Santa Teresa but is felt across the Territory, where for years the government has ignored calls to fix appalling conditions,” Grata Fund’s Head of Strategic Litigation Lou Dargan said.

Grata Fund, a public interest litigation fund, provided the financial support the community needed to run the class action lawsuit after the government failed to action the repairs, with some families waiting more than five years.

Many houses posed serious health and safety risks to residents, with some structurally unsound, without running water, sewerage and ventilation, despite the temperatures regularly hovering above 40 degrees in summer and below zero degrees in winter.

“I complained about it many times to Housing. Sometimes I got a band aid solution, then the same problem would start again,” she said.

“I used to have to go and have a shower at my mum’s house. We would also wash the kids there.”

The residents were represented by Australian Lawyers for Remote Aboriginal Rights (ALRAR) lead lawyer Daniel Kelly, who said for the first time, remote Aboriginal people will be compensated for the dire state of their housing.

“The system has been utterly exposed, and if people in Santa Teresa are entitled to compensation, the same must be true for the other 70 remote communities across the NT.”

According to ALRAR, the decision has confirmed the NT government has failed to meet its responsibilities for Aboriginal housing since taking control during the 2007 NT Intervention.

Grata Fund has been working with the Santa Teresa community and ALRAR to build public awareness about the case and to relieve the significant challenges facing the community of Santa Teresa by providing financial support for disbursements.

Grata is now protecting two residents from adverse cost risk as they seek leave to appeal some aspects of the decision, arguing that the way the NT government enters into tenancy agreements with Aboriginal people living in remote communities is unconscionable.

“Grata Fund will continue to work with Australian Lawyers for Remote Aboriginal Rights and investigate the potential for similar litigation in other communities,” Ms Dargan said.

Grata Fund hopes the case has set a precedent that will encourage the NT government to act to make housing safe and habitable.

The government wants to change Australia’s referendum laws. How will this affect the Voice to Parliament?