The Australian Securities and Investments Commission has secured a major victory in its battle to enforce the efficacy of the continuous disclosure regime as well as its standing as a model litigant, writes Justin O'Brien. 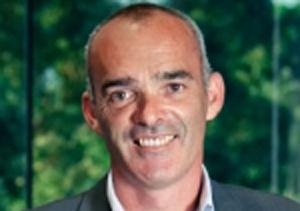 OPINION: The Australian Securities and Investments Commission (ASIC) has secured a major victory in its ongoing battle to enforce the efficacy of the continuous disclosure regime here as well as its standing as a model litigant.

The High Court of Australia overturned a New South Wales Court of Appeal ruling which had voided a lower court’s adjudication that the non-executive directors of the cement manufacturer James Hardie Industries Limited (JHIL) failed to exercise the degree of care and diligence that a reasonable person would exercise if they were a director of a corporation in JHIL’s circumstance. The High Court found that the New South Wales Court of Appeal had erred in discounting the factual evidence that the non-directors had approved the release of erroneous and misleading information to the market because ASIC had declined to call a senior external legal advisor who had minuted the board’s deliberation to give evidence.

At initial trial and appeal the James Hardie Industries case centred on whether, how and why the directors authorised a release to the ASX in February 2001 that a fund established to compensate victims of asbestos poisoning linked to the operation of James Hardie subsidiaries had sufficient resources to meet its liabilities.

The move to The Netherlands was justified at the time as a mechanism to maximise tax incentives. Two years later, with James Hardie Industries NV then legally incorporated in another jurisdiction (it is now incorporated in Ireland), it emerged that the fund was severely under-reserved, raising the suspicion that the move offshore had more to do with minimising liability.

In 2007 ASIC took action against the non-executive directors. The market conduct regulator alleged that the 2001 statement was approved at a board meeting the day before the formal release.

It claimed that the directors knew or ought to have known that the Medical Research and Compensation Fund did not have sufficient reserves at time of legal separation from JHL to meet its likely obligations from asbestos claimants.

The Supreme Court of New South Wales found in 2009 that the directors had contravened the civil penalty provisions of the Corporations Act by not exercising appropriate duties of care and diligence. It banned them from serving on company boards, a decision that the directors successfully appealed the following year.

While the New South Wales Court of Appeal noted that the draft release was in fact misleading and that if the non-executives had approved the release it would constitute a breach, the Chief Justice, James Spigelman, held the decision not to call David Robb, then a senior partner at the legal firm Allen Arthur Robinson, had undermined the cogency of ASIC’s case to such an extent that the regulator had failed to discharge the burden of proof in terms of the culpability of the non-executive directors.

In a statement at the time of the Court of Appeal ruling, the Australian Institute of Company Directors heralded the decision, saying it “highlights the strength of Australia’s legal system and the value of having an independent judiciary and system of appeals.” In a short across the bows of the regulator, the AICD also noted that the decision called into question the ‘procedural fairness’ of the strategy used by ASIC in failing to call a witness with relevant knowledge.

The unmistakable inference from both the ruling and the subsequent commentary was that ASIC had overstepped its authority. It was primarily on these grounds that ASIC lodged its appeal (although it also sought to uphold the ruling of the initial trial that the directors had, in fact, breached their duties by approving an erroneous release). As the then Chairman of ASIC, Tony D'Aloisio, put it, “clarification [of the scope and extent of obligation as a litigant] is in the public interest, as it will be of considerable significance for how regulatory agencies such as ASIC conduct civil enforcement proceedings.” He argued that the application of the principle that failing to call a witness breached a “middle ground” obligation of fairness involved an extension of principle “not applicable at the time of the trial."

The High Court upheld both aspects of the appeal. It noted, however, that the court was not asked to adjudicate on whether the directors ought to have known about the lack of provisioning for future claims. The core issue for the Court was whether the Court of Appeal was correct in setting aside the contravention on the grounds that the ASIC had failed to call the legal adviser, notwithstanding the fact that the minutes of the February board meeting and its subsequent ratification in April 2001 provided evidence that the draft announcement was indeed tabled and approved. The critical issue for the High Court was whether ASIC had discharged its duties. The Court of Appeal had argued that:

“A body in the position of ASIC, owing the obligation of fairness to which it was subject, was obliged to call a witness of such central significance to critical issues that had arisen in the proceedings.

“The scope of its powers and the public interest dimensions of its functions, most relevantly with respect to ensuring proper internal governance of corporations and that the market for securities in shares was fully informed, was such that resolution of the civil penalty proceedings required it to call, if only with a view to showing (if it were the case) that he could not in fact recall anything on the factual issues and for cross examination by the [defendants], a witness of such potential importance….

“The public interest can only be served if the case advanced on behalf of [a] regulatory agency does in fact represent the truth, in the sense that the facts relied upon as primary facts actually occurred.”

The High Court recognised the enormity of the challenge this posed to the standing and legitimacy of ASIC as a litigant. It viewed the reasoning as flawed on as two grounds. First, there is the question of the purpose of the trial and the role of participants within it.

It is the responsibility of the court, not an executive agency pleading its case, to determine the facts. Second, it is the obligation of the agency to present the best possible interpretation of the evidence proffered and “ASIC not calling Mr Robb as a witness in its case occasioned no unfairness to the respondents or other defendants at the trial.”

In a crucial passage, the High Court calls into question the Court of Appeal rationale for questioning agency discretion in bringing cases to trial: “Disputed questions of fact must be decided by a court according to the evidence that the parties adduce, not according to some speculation about what other evidence might possibly have been led. Principles governing the onus and standard of proof must faithfully be applied. And there are cases where demonstration that other evidence could have been, but was not, called may properly be taken to account in determining whether a party has proved its case to the requisite standard. But both the circumstances in which that may be done and the way in which the absence of evidence may be taken to account are confined by known and accepted principles which do not permit the course taken by the Court of Appeal of discounting the cogency of the evidence tendered by ASIC.”

As a consequence, the Court of Appeals was wrong to set aside the primary judge’s ruling.

Not surprisingly, ASIC has expressed satisfaction in the outcome. “We made it clear when launching these proceedings that the action was in the public interest as it would involve the responsibility of executives and non-executives when boards of public companies make important or ‘bet the farm’ type decisions,” said the current chairman, Greg Medcraft. “ASIC took this case to the highest court in the land and I am certain this case has and will be studied in boardrooms across Australia and in legal circles, and I know that it is already shaping corporate behaviour and is having a positive deterrent effect,” he continued.

In much the same way as the judicial scepticism expressed in the Court of Appeal ruling sent a signal that privileged regulatory restraint, the victory in the High Court, coupled with the expansion of the use of enforceable undertakings, signal that ASIC is now exceptionally well-placed to use the threat of enforcement to ensure compliance. As with others in the legal community and in corporate boardrooms, I await the next press release from the Australian Institute of Directors on ASIC’s enforcement agenda with much interest.

Justin O'Brien is a Professor of Law at UNSW.