In the case of the 'citizenship seven', the High Court opted for an interpretation that promoted certainty for future cases, writes Gabrielle Appleby 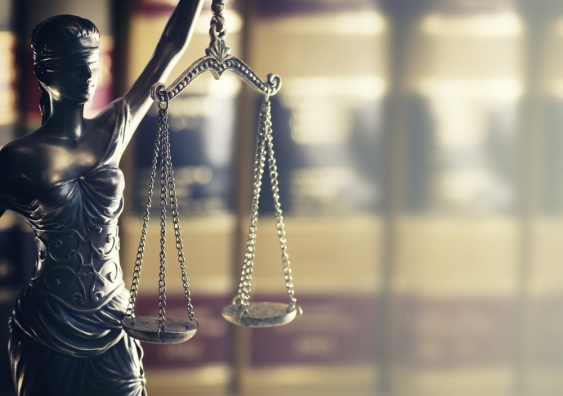 OPINION: Today, the High Court announced the fate of the "citizenship seven", with only senators Nick Xenophon and Matt Canavan surviving the legal ordeal. (Although the victory will be of limited relevance to Xenophon, who has in the meantime announced his resignation from the Senate to return to state politics in South Australia.)

In the case, the High Court, acting as the Court of Disputed Returns, found that four of the six senators referred to it, and the only member of the House of Representatives (Barnaby Joyce), were disqualified under Section 44 of the Constitution. With the exception of Xenophon and Canavan, it was found that the MPs had never been validly elected.

The court has declared all five seats vacant. The senators will be replaced through a recount from the 2016 election. The House of Representative seat of New England will go to a byelection on 2 December, which Joyce will contest.

In the meantime, Labor has refused to offer the Coalition a pair for Joyce’s absence, and the Coalition will maintain government on a knife-edge, with 74 seats plus the support of the crossbench and, if necessary, the Speaker’s casting vote.

Leaving to one side the immediate political consequences of the decision, what did the High Court say about the interpretation of the restriction on foreign citizens running for parliament in Section 44? And is this the last time we will have to think about the matter?

The possible interpretations of Section 44

The crux of the constitutional case was the interpretation of Section 44 of the Constitution – specifically sub-section (i). That, relevantly, provides:

Importantly, if a person is found to be in breach of Section 44 at the time they nominated for election, they will never have been validly elected.

The High Court has held that if a person has never been validly elected, their parliamentary votes during the time they purported to sit would still be valid.

However, questions have been raised as to the validity of the decisions of ministers who were not validly elected. This means there are possibly further unresolved issues around the validity of decisions made by Joyce and Fiona Nash who, unlike Canavan, did not step down from their ministerial posts while the High Court made its determination.

Another important point that the court has previously clarified is that foreign citizenship is determined according to the law of the foreign state concerned.

None of the interpretations that were urged by the parties on the High Court were strictly literal readings of the words "citizen of a foreign power". All the parties accepted that there had to be some level of flexibility, allowing a person who was technically a foreign citizen to nonetheless be able to run for parliament.

The real argument in the case, then, was how much flexibility could be read into the section.

The reason all the parties accepted that there had to be some flexibility in the words, was that the High Court had held as much in a 1992 decision of Sykes v Cleary. Relevantly, this case did not concern people who were unaware of their foreign citizenship, and so did not directly address the main point that was in issue for the citizenship seven.

Rather, the case stood for the proposition that a person may be a dual citizen and not disqualified under Section 44 if that person has taken "reasonable steps to renounce" their foreign nationality.

In the course of his dissenting judgment, however, Justice Deane made a comment that the provision should really only apply to cases "where the relevant status, rights or privileges have been sought, accepted, asserted or acquiesced in by the person concerned". In this way, Deane suggested there was a mental element to being in breach of the provision.

Many of the interpretations urged on the court drew on this idea. They ranged from requiring voluntary retention or acquisition of citizenship or requiring actual knowledge of foreign citizenship, to a test of whether a person was on sufficient “notice” to check their citizenship status, to a need for the person to have real allegiance to the foreign power.

The High Court opts for certainty

The High Court opted for an interpretation of the Constitution that promotes certainty for future cases.

In a (rare) unanimous decision, it adopted a reading that, as far as possible, adhered to the ordinary and natural meaning of the words. It accepted that the literal meaning would be adopted, with the only exceptions those that had been established in Sykes v Cleary.

The court refused to read further exceptions into the provision based on knowledge, notice or actual allegiance. It said to do so would import a worrying element of uncertainty into the provision, which would be “apt to undermine stable representative government”.

The application to the ‘citizenship seven’

Once the High Court resolved the interpretation of Section 44, it had to apply this interpretation to each of the citizenship seven. The only two MPs who they found not to have fallen foul of this strict reading were Xenophon and Canavan.

Xenophon had what was referred to as "British overseas citizenship". This had been inherited through his father, who migrated from Cyprus while it was still a British territory. The court accepted that Xenophon, while technically a type of British "citizen", held no right of entry or right of abode, and thus he did not have “citizenship” for the purposes of Section 44.

Canavan’s facts were more complicated. His alleged citizenship turned on a change in Italian citizenship law that occurred because of a decision of the Italian Constitutional Court when he was two. The court received expert evidence on the Italian legal position, and it ultimately accepted that they could not be satisfied that Canavan was, in fact, a citizen of Italy.

Each of the other senators and Joyce accepted that there were, technically, citizens of a foreign country at the time of their nomination. But they argued they had not known of this when they nominated for parliament. The court’s strict interpretation of Section 44 offered them no comfort.

Is this the end of the parliament’s Section 44 dramas?

In the immediate aftermath of the High Court’s decision, the government has announced it will refer the decision to the Joint Standing Committee on Electoral Matters to discuss, among other things, possible amendments to Section 44.

The issue, it would seem, is no longer the uncertainty around whether a person is or is not disqualified. Because of the strictness of the High Court’s interpretation, all potential parliamentarians are on notice to check thoroughly their citizenship status. Part of the referral to the committee is to investigate ways to "minimise the risk of candidates being in breach of Section 44".

Rather, the more fundamental issue is now whether this is a desirable state of affairs given the large numbers of Australian citizens who are dual nationals, and who may not wish to renounce their citizenship to run for parliament. Thus, we as a nation stand to lose potential parliamentarians by excluding a pool of people that is likely to grow, not diminish.

Further, there is another question as to whether Section 44, when interpreted in this way, is apt to achieve its purpose. The High Court accepted that the purpose of Section 44 was to ensure that MPs do not have a split allegiance or loyalty.

Many might argue that this purpose is still an important one. Even if that is accepted, it would seem that denial of eligibility to a dual national is a particularly blunt instrument to achieve it. On the one hand, it captures many people who do not even know they are dual citizens. On the other hand, the relatively easy step (in most cases) of renouncement means that those people who do have a split allegiance, but who want to run for parliament, have only to fulfil these formalities to do so.