The legislative response to the section 44 mess has the potential to cause even more calamity, writes George Williams. 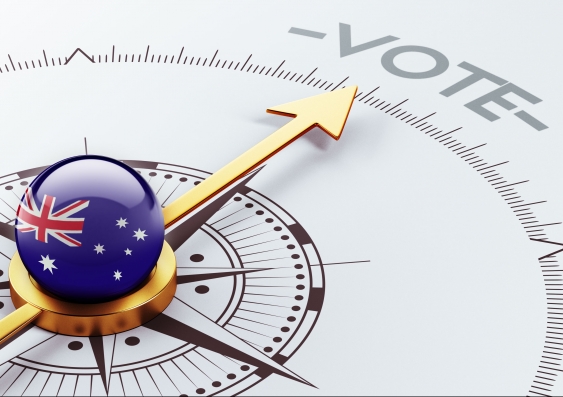 OPINION: When Coalition MP John Alexander resigned last year after discovering he was a dual citizen, Malcolm Turnbull argued for a byelection “as soon as possible”. The people of Bennelong could not be left without representation “any longer than absolutely necessary”.

The Prime Minister was right to make this call. It reflects the guiding principle that every byelection should be held at the earliest convenient time.

This principle has not been followed for the next round of politicians disqualified because of dual citizenship. Instead, five polls, the largest number on a single day since Federation, will be put off for a further nine weeks. And then they will be held on a day of great inconvenience to the opposition.

The choice of byelection date lies in the absolute discretion of the Speaker of the House of Representatives.

In this case, the Speaker has released correspondence from the Australian Electoral Commission to justify the choice of July 28. It provides cover for choosing a date of political advantage to the government.

Common sense dictates that a byelection should not coincide with a Coalition or opposition national conference. Yet this is exactly what has occurred.

This left the opposition in a bind. Its national conference is an enormous, carefully choreographed event involving hundreds of delegates. The event is timed every three to four years to showcase its policies in the lead-up to a federal election. Labor could prioritise this event, but risked losing one or more byelections because of the diversion of its attention and resources. Instead, the conference will be rescheduled, disrupting Labor’s planning and policymaking for the next election .

It is hard to think of a more difficult date for the opposition than July 28. Unsurprisingly, this has provoked a furious reaction and led to disturbing and highly damaging questions about the independence of the AEC.

Exasperated opposition frontbencher Penny Wong even suggested the date implied partisanship on the part of the commission.

It was a poor decision to select July 28 but the result is more likely a stuff up than conspiracy. The commission departed from the normal byelection timing not to undermine the ALP but to implement the government’s response to section 44. This delay could be defensible if the new procedures rebuild public confidence and put to rest the damage being done by this section. This, though, will not be the case.

The centrepiece of the government’s response is the Electoral and Referendum Amendment (Eligibility) Regulations 2018. The proposed regulations will establish a new qualifications checklist for candidates. The process is optional, rather than mandatory, and candidates who complete the checklist and find they are disqualified will still be permitted to enter the ballot.

Candidates may answer a series of questions to determine whether they are entitled to stand for federal parliament. The questions are lengthy and use unclear legal terms. Many candidates will find the form impossible to complete unless they pay for expensive legal advice, and so will decide not to fill it in.

Unfortunately, the checklist has gaping holes. It seeks details of the birthplace of a candidate’s parents and grandparents. This is because a birthplace can give rise to citizenship by descent. On the other hand, the form fails to ask whether a candidate’s parents or grandparents were a citizen of a foreign nation. This is a remarkable oversight given that a person can become a citizen by descent where a parent or grandparent is a citizen of another country, even if the relative was not born there.

For example, many Australians are New Zealand citizens because a parent migrated to that country and was then granted citizenship.

Yet this common path to the citizenship of a close neighbour is not covered by the checklist. Instead, the form provides false confidence to dual nationals by suggesting that they have been cleared for election. This is only one of several ways in which the checklist fails to identify that a candidate is a dual national.

The new regulations also permit a candidate to provide documents showing they are an Australian citizen and have renounced any foreign nationality.

These documents must then be published on the commission’s website. However, the procedure is problematic. There is no requirement that a candidate provide any evidence. It is merely an option for them to consider, and a candidate with another nationality can hide this by remaining silent.

Australia’s coming byelections have been delayed on the basis that more time is needed to put a new system in place to remedy section 44. Instead, the proposed regulations reveal an additional set of problems. Candidates may get a clean bill of health from the new qualifications checklist, and still be disqualified from parliament. Others will ignore the new processes entirely, leaving voters with a confusing mix of candidates who have provided lengthy documentation and others who have opted out. This is hardly conducive to moving on from section 44 and rebuilding public confidence in our elections.

Professor George Williams is Dean of the Faculty of Law at UNSW Sydney.