How to build resilience in the face of constant change

As constant change becomes the new normal, and those in work toil for long hours, it's not surprising that resilience is seen as a desirable quality in the workplace. 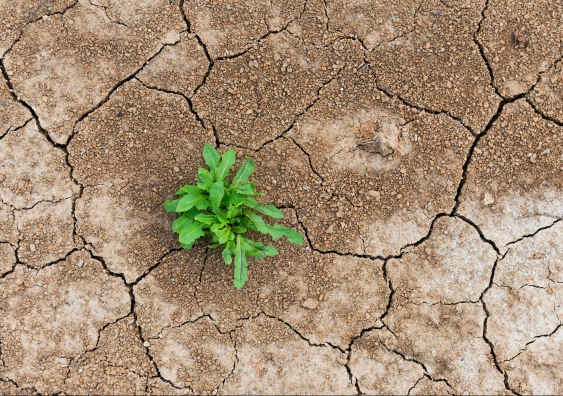 It's interesting to discover, when you start delving into why resilience has become a hot topic, that a whole industry has grown up in business to help people build up their resilience.

It begs the question, what happened to our relationship to work in recent years? Have we become namby-pamby weaklings, unable to cope with day-to-day trials and tribulations? Or has work and its demands upon individuals grown more pervasive and led to higher levels of stress?

Organisations such as The Resilience Institute and The Resilience Project in Australia were formed explicitly to help adults and children cope with unexpected changes and challenges they face in life.

But it is in workplaces where resilience is most valued and valuable. As constant change becomes the new normal, and those in work toil for long hours, it's not surprising that resilience is seen as a desirable quality.

Peter Heslin, an associate professor in the school of management at UNSW Business School, is quite clear about the reasons.

"Many people think good management is about doing more with less. The result is that people are having to work harder and constantly produce more, with less administrative support. Managers and employees alike are being seriously squeezed," he says.

Around five million Australians work more than 40 hours a week – the 38-hour week is a rarity, according to 2015 figures from the Australian Bureau of Statistics. The stress of trying to cope with increasing workloads is taking its toll on employee health.

Stuart Taylor, founder of The Resilience Institute, calls them "the worried well" and says stress-related illness is costing the economy more than $14 billion a year in absenteeism and presenteeism.

Taylor knows what he's talking about, having been diagnosed with brain cancer in 2001, which he puts down to a highly pressurised job that prioritised success ahead of his health.

His response to the diagnosis was to leave the corporate sector and put his energies into a three-year research project exploring the impact of worrying at work. The results from a survey of 16,000 employees from 250 organisations showed that 31% of staff were frequently stressed out.

Taylor says many workers have not developed the necessary coping mechanisms to manage work-related pressure.

"Rather than remaining calm, focused and in the moment, we worry," he says. "The challenge, I believe, is for individuals to build their personal resilience to a point that, when faced with concerns such as fear of redundancy or role changes at work, they can bounce forward rather than being stuck in rumination."

Heslin and his co-researchers, Scott Seibert and Maria Kramer, in their recently published paper, Developing career resilience and adaptability, have been working on exactly that challenge by developing a range of strategies for building and maintaining career resilience to deal effectively with the stress of modern workplaces.

The first stage, says Heslin, is to work on developing a psychological robustness, as a foundation for applying other behavioural strategies.

One of the keys to this is acknowledging and accepting negative emotions when they arise – such as anger, anxiety, frustration, self-doubt and sadness – in order to move beyond them as swiftly as possible.

"For instance, instead of saying to yourself, 'I am so anxious', it's better to instead say, 'I am having the feeling that I am anxious', thereby reminding yourself that just as day follows night, uncomfortable feelings will inevitably pass."

The researchers point out that often, individuals make a poor choice in how they respond to negative emotions, such as when celebrities read a misleading story about themselves. Some choose to ignore it, while others get heated and upset.

Once an individual has learnt how to instil a more positive mindset, Heslin and colleagues outline four behavioural strategies that are the resilience pillars on which to build a successful career.

The first is to cultivate a good relationship with your boss; the second is to take up opportunities for learning and development; third, to seek out suitable job challenges that fit; and finally, to develop good support networks.

It's easy to see how the first two and building good networks might help build resilience. The third – seeking out job challenges that fit – is rather more subtle and harder to achieve, in that it requires individual initiative to seek out challenges that specifically meet career goals and personality type.

Part of this can be achieved by "job crafting", say the researchers. An idea "whereby you turn the job you have into more of the job you want", such as by reducing or expanding certain tasks so that the time spent is more rewarding or energising.

Vital Signs: Jobs may be increasing but the real test is whether we get a pay rise this year