How can Australia benefit from the RMB?

UNSW has launched a major research project on the internationalisation of the Chinese currency and its implications for global financial markets. 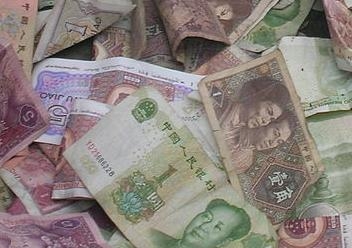 UNSW has launched a major research project examining the internationalisation of the Chinese currency (the RMB) and its implications for global, regional and Australian financial markets.

The reserach will also look at how Australia can best position itself to develop as an offshore hub for the RMB .

Led by the Centre for International Finance and Regulation (CIFR), which is hosted by the Faculty of Law and the Australian School of Business, the project will incorporate input from Australian and international academic experts, industry and financial market participants, and policy advisers.

Managed by CIFR Research Fellow, Mr Geoff Weir, the project will be overseen by a Steering Committee with representatives from Commonwealth Treasury, the Reserve Bank of Australia and industry.

Mr Weir said:  “Given the extent of the trade and investment flows between Australia and China, Australia is in principle well positioned to develop as an offshore RMB hub and to build up trade financing, investment and other RMB denominated financial products over time.

“From a policy perspective, the central focus of this research project will be identifying any market and policy impediments to this occurring.”

A critical component of the project will be a detailed market survey of Australian and Chinese companies to identify ways to encourage greater RMB invoicing in trade between China and Australia.

The survey will also seek the views of Australian companies on the offshore RMB product market.

“We are delighted to have a leading international academic expert in this area – Barry Eichengreen, Professor of  Economics and Political Science at the University of  California, Berkeley –  heading the academic input,” Mr Weir said.

Professor Eichengreen said the Chinese Government has, through its public statements and a string of recent policy announcements, demonstrated its commitment to RMB internationalisation and its desire to speed up the process.

“By way of example, just a few weeks ago China announced a doubling of its QFII quotas which provide offshore investors with access to mainland China’s capital markets.

“As a result of this clear and strong commitment by China, market and academic focus on RMB internationalisation and its consequences is rising rapidly,” Professor Eichengreen said.