Prevention is a crucial aspect of addressing mental health in the workplace, and it starts with organisational culture, says UNSW Business School's Frederik Anseel. 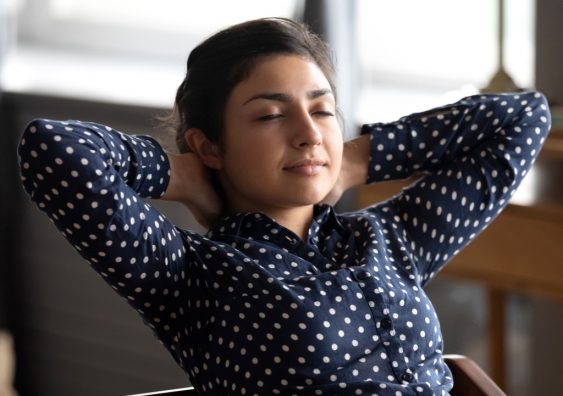 As the boundaries between work and life became increasingly blurred over the past two years, people experienced a significant impact on mental health. But, the stigma surrounding mental health in the workplace has remained, and organisations must tackle this as employees attempt to regain work-life balance two years into the global pandemic.

But before organisations can look to implement strategies that aim to boost mental health in the workplace, they have to assess the impact of the pandemic on employees.

Since the start of COVID-19, Prof. Anseel has been interested in quantifying the pandemic’s psychological effects and helped co-authors’ studies that examine some of the implications, issues and insights into how COVID-19 has affected the workplace. He speaks on this topic in the Business of Mental Health – the sixth episode of The Business of Leadership Podcast, hosted by AGSM at UNSW Business School.

The psychological effects of the COVID-19 pandemic

In the beginning, those with steady jobs, including many knowledge workers, were mainly concerned with simply transitioning to working online. That transition went pretty well until the boundaries between work and home life became increasingly blurred, explains Prof. Anseel.

“Over the months, we saw different sorts of distress and mental health problems... because the boundaries between work-life balance were jeopardised and undermined,” he says.

Home-schooling, loss of income, isolation from peers, family and friends, and an uncertain future all impacted the well-being of employees and workplaces and led to increased levels of emotional distress.

Navigating working online and home life during a global pandemic has significantly drained employees’ resources and ability to function, and many have experienced cognitive fatigue.

And what happens when people experience mental fatigue?

“People have trouble concentrating at work, and they become less productive… it’s almost a cycle,” explains Prof. Anseel. “People notice that they become less productive. So they start worrying about that as well,” he says. So at a time when everyone needed to be more accepting and kinder to themselves, they have been pushing themselves to work harder, which exhausted them even further, leading to a toxic cycle of burnout.

“And so people were stuck almost in a cycle of, let's say, self-talk, worry, more self-talk, observing how difficult everything was, also working from home, sometimes feeling lonely, isolated, not having their normal social support/their network that they could talk to,” he says.

“You have this constant cycle, which reinforced the problems. Some people got out of that, let's say, on their own, in their own family and getting themselves together. For others, it was very difficult.” 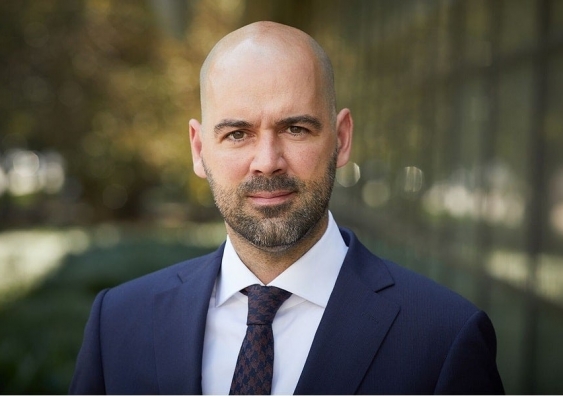 Build a culture that tackles the stigma surrounding mental health

One in five people experiences a mental health issue in any given year. But this does not mean that some people are more resilient than others, or are the strong ones or not; it just means that at that point in their life, perhaps they were more vulnerable than they might have otherwise been due to a variety of different factors, explains Prof. Anseel.

So to create an organisational culture and workplace where employees can truly thrive, Prof. Anseel urges everyone to consider that mental health is not a disposition; it’s a feeling or state of mind that can fluctuate depending on many things.

“One of these myths around mental health is that you have strong people and weak people. And that is a mistake,” he says.

“Mental health is not something that is an individual trait or disposition, although, of course, you can build strength. But what we see is that it is a variable influenced by time, coincidence, environmental stressors, and the support network you have,” he says.

See also: Is a new breed of CEO required to lead in a post-COVID world?

A mentally healthy workplace isn’t just one that recognises the importance of mental well-being; it can also identify and manage the risks that environment and organisational life can impose on well-being.

So to do this successfully, organisations need to consider the following three fundamental aspects of a mentally healthy workplace, explains Prof. Anseel.

1. Prevention. Preempting mental health problems is critical. And the starting point to prevention would be creating an organisational culture where there’s attention and recognition of the importance of mental health and well-being.

“There is this recognition that work design is a very important factor and how jobs are designed in influencing mental health,” says Prof. Anseel.

2. Evaluation. The second important aspect is to monitor, measure and then assess where you are as a company in terms of workplace mental health. Although these often look like surveys, it can be a poll survey – anything that can identify where and what the problems are and how mental health is fluctuating, explains Prof. Anseel.

“But not only poll surveys, because there’s only so much that you can learn from a survey, right? It also means going out there, talking to individuals and listening, and really listening, because there are a lot of companies that say that they’re listening, but then do not act on it,” he says. 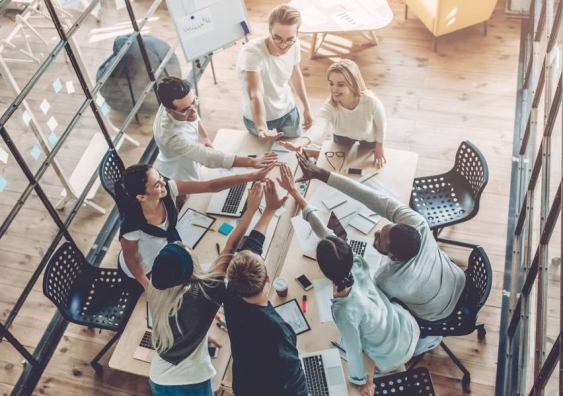 A good starting point is creating an organisational culture where mental health and wellbeing are a key priority. Photo: Shutterstock

Communication also needs to involve genuine and authentic listening, which “means that you come without any sort of preconceived conception about what the problem would be, but that you really listen, how are our people doing, and what do they see as risk factors or what are they struggling with?”

3. Remediation. The third important aspect is remediation. What will you do when employees experience mental health problems in the workplace?

“One aspect is, of course, that you will want to provide all sorts of resources. And that can be, these days, that’s a lot about telehealth.

“So we will set up apps. We will have training available. We will have coaches, mentors, or even therapists available to help people deal with it if there are problems,” says Prof. Anseel.

“Remediation also means changing the jobs themselves, the structure, the culture, how we lead. And so, it is being willed as an organisation to question yourself and how you are dealing with these issues and being willing to change your approach.”

Frederik Anseel is a Professor of Management and Senior Deputy Dean (Research & Enterprise) at UNSW Business School. His research focuses on the motivational micro-foundations of how people contribute to organisational success. For more information, listen to the full podcast or contact Prof. Anseel directly.