How is climate risk impacting assets and infrastructure?

Four experts discuss climate change and how businesses need to prepare for the coming effects on their operations. 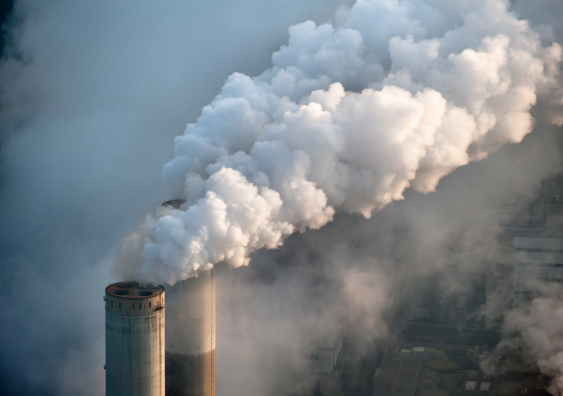 The cost of not reducing greenhouse gas emissions can no longer be ignored by business, and in this landscape, all asset owners and investors should be planning now for the ongoing viability of their portfolios. Image: Shutterstock

Climate change has been the backdrop of the global pandemic that halted the economy, leaving millions jobless and testing the financial resilience of businesses.

Recurring concerns about the ageing infrastructure assets, the ageing of the labour force and new challenges such as extreme weather events, are testing businesses around the globe.

Infrastructure owners, both public and private, must gauge climate-related risk to these assets and address their resilience to future scenarios.

For the second discussion, ‘Rethinking Assets and Infrastructure’, experts spoke about how asset owners and investors plan for the ongoing viability of their portfolios.

How will infrastructure be impacted by climate change?

“When we talk about which infrastructure is going to be hit the most, I'd say all of it,” says Associate Director Adrian Hart from BIS Oxford Economics.

Mr Hart says there will be a huge cost in adapting our infrastructure to meet the repercussions of climate change but there needs to be a focus on reducing greenhouse gas emissions.

He believes we have already seen the impacts of king tides and storms on our coasts and the economic impacts are going to worsen as the frequency of natural disasters increase.

Mr Hart says we are going to need infrastructure that can handle these events.

“The biggest challenge to all of that is how do you fund it? How do you get the money to fund this, without putting enormous costs on consumers?”

KPMG Associate Director Roger Scott says when you look at the costs of climate change there is a direct impact on businesses today and in the future.

“When businesses face costs today, they also face a future impact, which will be escalation of project costs. Risk of failure means that they (will) need to provision appropriately.”

These include higher risk of future failures which include the escalation of project costs. 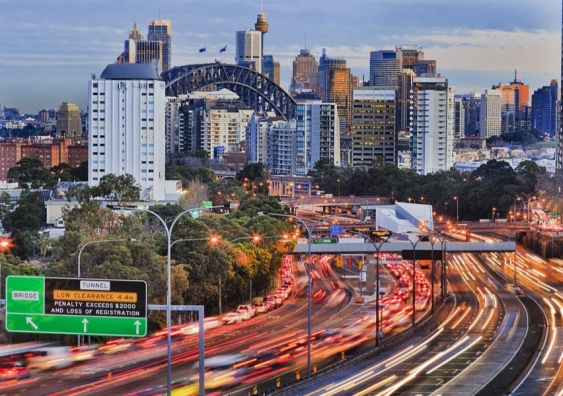 "The big potential hope is, of course, not just using more mass transit and taking fewer trips where you can, but it's also about the rise of electric vehicles": BIS Oxford Economics Associate Director Adrian Hart. Image: Shutterstock

“Are we meeting Paris (agreement)? No, we’re not,” says Mr Hart.

Mr Hart says that Australia’s greenhouse emissions are still rising however, the electricity sector is a success story.

“We've been seeing greenhouse emissions coming down in that sector for about six or seven years because of that renewable investment. But there is scope to do a lot better.”

In late April, the Australian Energy Market Operator (AEMO) released the Renewable Integration Study. In AEMO’s study it forecasts by 2025 at times, as much as 75 per cent of energy could be provided by wind and solar resources.

Director of the Clean Energy Corporation Gloria Chan says only at some periods of time will it be reaching the 75 per cent.

But she said our power system is not geared towards that much inverter-based technology.

“You need new markets to be able to encourage new investment in technologies which help support that physical system stability,” Ms Chan says.

“There is a lot of regulatory reform being undertaken actively at the moment (e.g. the Energy Security Board’s post- 2025 market reform) where designing a future electricity market geared towards accommodating a high-penetration of renewable generation will be critical to enabling the transition to a low carbon future.”

Mr Hart says transport offers one of the biggest opportunities for reducing our greenhouse emissions is through mitigation.

“The big potential hope is, of course, not just using more mass transit and taking less trips where you can, but it's also about the rise of electric vehicles and how they plug into the system.”

Mr Hart says the construction industry is quite carbon intensive and is responsible for about 18 per cent of Australia’s greenhouse emissions.

But there really is a lot more that we can be doing in the construction industry to be building much more energy-efficient buildings and methods more broadly, in order to reduce emissions and meet those goals.” 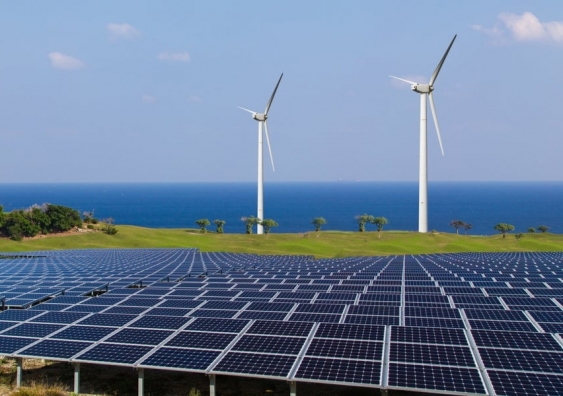 As much as 75 per cent of energy could be provided by wind and solar resources by 2025. Image: Shutterstock

Investors influence a shift towards more sustainable infrastructure and assets

Associate Professor Kingsley Fong from UNSW Business School says in the last year the amount of responsible investing was around 50 per cent in Australia.

He continues by saying Australian superannuation funds industries and the Australian sustainable finance initiatives are trying to adapt the European Union's taxonomies on these standards to classify business activities.

“Certain activities could be classified as green and then they get easier funding,” A/Prof. Fong says.

These bonds issued by companies and governments to raise finance, are like any standard bond but with a bonus feature – the proceeds are used to tackle climate change.

A/Prof. Fong says in a study of S&P 500, companies that are more exposed to climate risk have this elevated downside risk in the option market.

Although, in the option market we do not see the returns yet, from the amount of money flowing into responsible investments we will, A/Prof. Fong says.

Businesses and academia’s need to connect

Ms Chan says it would be useful for businesses and academics to connect and work out what is the best way forward and what is the least costly way of doing things – to help businesses in the future.

“It's a great idea that governments, universities, businesses have a collaborative approach to make it work,” agrees Hart. “This is the decade where we'd like to try and make things happen.”