Opinion How innovative is your business? 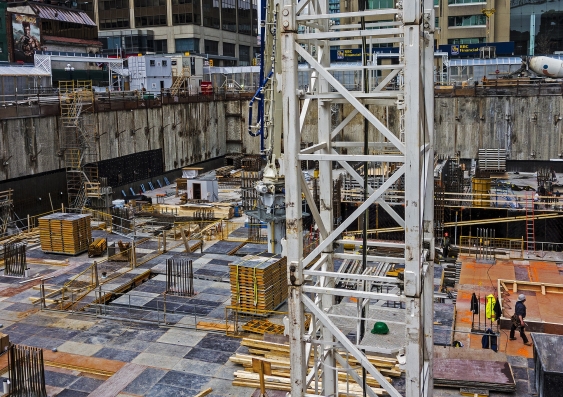 OPINION: It’s the easiest thing to claim you are an innovative company – most companies do so without compunction, knowing that investors, employees and construction clients are increasingly demanding innovation these days.

However, most companies lack any meaningful evidence to back up their claims, and most stakeholders do not have the knowledge or tools to determine whether their claims are genuine or not.

The measurement of innovation output and success is a controversial topic. While on the one hand, innovators need to be accountable for their actions like everyone else, on the other hand there is also evidence that the act of measuring innovation can stifle risk taking and promote the type of short-term thinking which is its antithesis. The standing joke among those who oppose measurement is that ROI (return on investment) really stands for ‘restraint on innovation’ because the impact of an innovation might take many years to materialize.

Furthermore, there is a major question about how one measures the ROI today from an idea which might produce results in 10 years’ time. Consider for example, the many decades of minute incremental developments in technologies which eventually led to the development of business information modelling or 3D printing. To have not invested in these technologies because their value could not be measured at the time would have ensured that their huge potential value could never be realized by those who use them in the future or invested in them at the start.

In Australia in recent years, we have been very good at not investing in our ground breaking technologies because they did not produce immediate returns, only to see our competitors reap the huge returns of being a first mover when the market for the idea matured.

Take solar technology for example. Some 80 per cent of the world’s solar cells are now produced in China using technology which was developed in an Australian University by a team of world leading scientists who could not find an Australian investor to support their research. We seem to have forgotten that innovation is a venture into the unknown which may never produce any results. In fact, it is often the cased that truly disruptive innovations are worse than existing products and services at the time of their launch.

Consider, for example, the first digital cameras, whose picture quality when introduced was far inferior to traditional film cameras. While sceptics abandoned the idea, the visionaries stuck with it and eventually completely disrupted an industry, putting those who followed too slowly out of business faster than they ever could have imagined. The world of digital disruption is a fast game of very high stakes where winners often take all and where those who don’t invest in ideas which may seem outlandish now are often unpleasantly surprised how fast they can be left behind and even go out of business. They key, of course, is picking the winners.

There is also the question of whether we should measure innovation outputs or inputs. Simply measuring the ‘output’ of an innovation (in terms of profit or productivity for example) is likely to miss important ‘input’ measures which may also reflect levels of innovation in a business. For example, most innovators will tell you that failure is as important an indicator of innovative company as is success. Indeed, some innovative companies like ExpoTV.com have developed specific business KPIs around failure.

Regardless of the method used to measure innovation, the quality of data collected is paramount to give a reliable indication of innovation success.

Another problem in measuring innovation is that many firms have never defined what innovation success means for their business and defined this in measurable KPIs. Furthermore, there is no ideal all-encompassing measure of innovation activity. The most commonly used measures of innovation include expenditure data (such as research and development – or R&D), IP count-based data (such as designs, patent and trade mark applications), and qualitative innovation assessments (such as surveys of customer attitudes).

Recently, it has also become popular for governments and companies to use productivity growth as a proxy of innovative activity. However, increases in productivity are by no means certain from an innovation or indeed easy to measure or attribute to a specific innovation if they do occur. There are likely to be many other factors at play which will need to be isolated to get a reliable measure.

Furthermore, some innovations address social or environmental objectives. This means it is important to develop measures of innovation that address a range of impacts as well as economic ones, and there is a growing body of research which shows that innovative firms use broader measures of business performance than non-innovative firms. They also have a wider variety of management controls, beyond traditional accounting systems, to measure and monitor them.

Regardless of the method used to measure innovation, the quality of data collected is paramount to give a reliable indication of innovation success. However, most firms in the construction sector fail to collect reliable data or report it.

Furthermore, since much of the data used by firms in the construction industry to measure innovation activity is unreliable and because measures of innovation activity are not yet widely established, the proclamations of many firms which claim they are innovators should be treated with a healthy degree of scepticism until properly investigated.

For example, current government definitions allow construction companies to report expenditure in activities such as feasibility studies and R&D in full knowledge that they are manipulating government rules to make them look more innovative than they really are.

IP counts are also problematic since they cannot normally be used to register organizational, service and market innovations which are common in the construction sector. Also, IP counts such as patents are not always used by firms to protect their ideas. This is particularly the case with firms working in technical fields such as construction which are not covered well by patent laws and where firms are too small to have the resources to protect their patents.

While the customer surveys which many construction firms use can be useful to measure innovation activity, the quality of many surveys are questionable and results can be affected by subjectivity, non-response bias, sample selection and failure to consider non-responses and innovation quality.

Measures of numbers of new product or service launches can also be useful, but again they are generally unable to distinguish between new and imitated products. Finally, while publication citations might indicate levels of innovation activity, they can often be of questionable quality and in any event, many firms have a direct interest in maintaining secrecy about their new ideas and avoiding citations in journals.

The problems above mean that innovations in the construction sector are often ‘hidden’ from the view of governments, clients, potential employees and investors, meaning that the sector often looks less innovative than it really is. If we are going to start promoting our companies and our industry as an innovative sector, then we had better start figuring out how to better measure, report and promote the amazing work we do.

Martin Loosemore is a Professor of construction management at UNSW Australia. This article was first published on Sourceable.

Developing an effective R&D strategy for the built environment