Opinion How should we evaluate the arguments, pro and con for Canberra's tram?

ACT Chief Minister Andrew Barr should sign no contracts until after the election, keeping options open while Canberra takes stock of where it is going, writes Jenny Stewart. 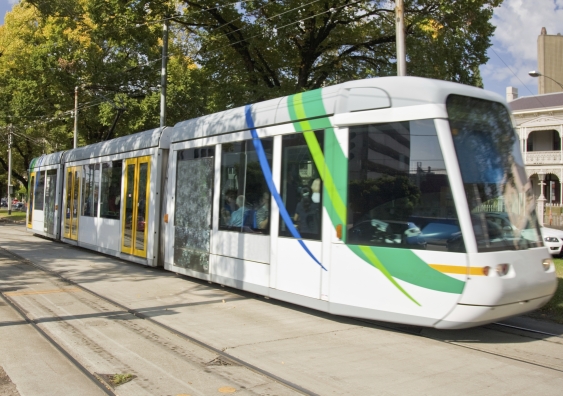 OPINION: An old professor of mine once said that when engaging in public policy debates, it was important to engage each side's arguments at their best, rather than their worst. Considered from this vantage point, how should we evaluate the arguments, pro and con for Canberra's tram?

Much has been written about the costs and benefits, and rightly so. As many Canberra-based writers, and more recently the Grattan Institute have noted, the ratio of benefits to costs for the Gungahlin to City tram is quite poor, at best 1.2 to one, at worst 0.5 to one. These figures reflect the very high capital costs for building the tram tracks, and associated works (about $800 million). For a city still reeling from the budgetary effects of the Mr Fluffy buyback, these sums alone should, at the very least, give the Labor-Green government pause.

But the argument for the tram is not primarily to be understood in financial, or even transport terms. As Simon Corbell put it, in releasing the Vickerman report on the business case for the tram, this is a project that is about "building the city". Indeed, it is regarded as being more than that. The proponents of Capital Metro clearly consider that the project will be transformative – a necessary step in Canberra's evolution as a national capital and a major Australian city with a proud planning heritage. So, given that proponents and opponents seem to be talking past each other, it is important (in the interests of fairness) for the financial sceptics to consider the city-building arguments.

Corbell and Shane Rattenbury believe that Canberra can, and should, be remade. The Canberra of the future will be a denser city than the one we have now, with more and more people living along major transport corridors, particularly those running to and from the CBD. No doubt thinking of European cities with relatively dense cores, they consider that some form of light rail will be required to move these people from where they live to where they work.

Arguments in favour of densification are not self-justifying. It is important to consider them in the context of the way Canberra was planned, and the consequences of moving away from that legacy. The design that emerged in the 1980s was a multi-nodal one, based on town centres. People would travel to group centres for regular shopping, and to town centres for shopping, entertainment and above all, employment. Importantly, each suburb contained a mix of rich and poor, public and private and medium and low-density housing.

It was a mix which, well managed and intelligently updated, would probably have continued to work well. Unfortunately, the planning legacy was not well served by self-government. Prior to that momentous event, transport planning and development went hand in hand. The roads and public transport routes matched the housing, and there were sufficient resources to put them in before the people arrived. If the two were out of sync, this reflected development delays, rather than infrastructure shortfalls. Longer-term residents will remember that the arterial and other roads in Belconnen remained underused when for budgetary reasons, the Fraser government in the mid-1970s delayed the next stage of development.

With self-government, the equation changed. The resources were no longer there to ensure the new suburbs were as well planned as the old. And development interests (with ACT governments desperate for growth) were more powerful, relatively, than they had been. It's generally acknowledged that the first Gungahlin suburbs were developed without adequate attention to transport infrastructure. Then (despite the protests of the ACT government) the Town Centre lost the office development it would otherwise have received when the Brindabella Business Park was built adjacent to the Canberra airport terminal. Unsurprisingly in these circumstances, ACTION's effectiveness declined, as it was required to service suburbs whose residents lived many kilometres from work.

Now, it would be possible to imagine multi-nodal Canberra extending almost indefinitely. Indeed the NCDC's Y-plan of the early 1980s, envisaged a city of this type, extending across the NSW/ACT border, which would house a million people. But most reasonable people would agree that a city of these dimensions – a true set of urban villages – would not be a satisfactory blueprint for the future. Even with a generous bus network, cars would be mandatory for getting from place to place. The cross-town distances would be enormous, and even with additions to parkland and intra-urban green spaces, there would be a toll on Canberra's beautiful surrounds.

A denser city needs more public transport capacity. Beyond a certain point (as we see in Sydney) buses cannot cope and light rail becomes a necessity. But what is this density? Comparative work is always difficult in this field, because cities grow differently. The fact that a city with roughly Canberra's population has a tram, does not mean that Canberra needs one. The light rail between the Gold Coast and Brisbane works because two substantial cities (one with more than 200,000 people, the other with more than 2 million) are involved. But this is not Canberra's situation.

We know that Canberra's short to medium-term future will involve a mix of development modes. Northbourne is only a small portion of the whole. New suburbs are planned in a variety of locations, including a major development on the fringes of the ACT in West Belconnen. A critical element in transport planning is the generation and location of employment – a relationship which Canberra continues to neglect.

We appear to have moved a long way from the tram. But that was inevitable, because once we start thinking about the evolution of the city, the case for a fixed-line form of transport such as a tram becomes difficult to sustain. Even if we focus on the Gungahlin to City route alone, it is difficult to see the project meeting its passenger targets.

This is because only those living within walking distance of a tram stop, and working in Civic would be regular tram commuters. But Gungahlin has many quite distant suburbs. If I lived in one of these, I would have to drive to the Town Centre (or catch a bus), and transfer to the tram. If I worked in Barton, or Russell or Parliament House I would have to wait at the City station to catch a bus to my workplace. It seems unlikely that those in this situation will take the tram.

It is often said that developers support the tram because of the opportunities for profit that it is said to open up. I am not so sure about this. Indeed, I would have thought that a tramless Northbourne would be more attractive to developers than one with a tram. The disruption caused by building the tram will complicate many redevelopment projects and will make life difficult for many existing businesses. Once it is built, the effect of the tram will be to increase congestion on the Northbourne cross-streets, on Northbourne Avenue itself and (as drivers seek to bypass it) in the streets closest to Northbourne Avenue. Rather than new urban villages springing up, it seems far more likely that the amenity of what are now quite fashionable areas in the inner north will be degraded rather than enhanced.

Those who love the idea of the tram will not be persuaded by any of this. The tram has, in a sense, become symbolic of a certain ennui about Canberra among many people in and around government. There is a view that with a tram, and the associated redevelopment, the city will become, not just denser, but more interesting.

The reality is that urban liveliness is not something that can be created by developers, or planners. People who are genuinely creative do not usually have lots of money, so they will tend to live where rents are cheap. Despite New Acton's claims to being a cultural precinct, few up-and-coming artists would be able to afford a drink at one of its fashionable bars, let alone live there.

With an election coming up, I suspect that Andrew Barr would like to bury the tram if he could. At the very least, he should hold off signing any contracts until after the election. Canberra needs to take stock of where it is going as a city and it needs to keep its options open.

Professor Jenny Stewart is a Visiting Fellow in the School of Business, UNSW, Canberra.

NBN and Mr Fluffy overreach remind us why governments should lead, not command