We need to ensure that environmental and social safeguards are in place before commercial deep seabed mining operations begin, writes Aline Jaeckel. 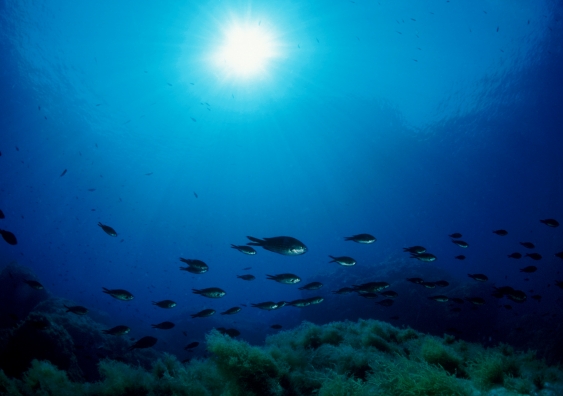 OPINION: Mining the deep oceans for minerals may soon become a reality. The deep seabed holds untapped deposits of minerals such as gold, copper, cobalt, and rare earth elements. Although mining has not yet started, exploration work for these deposits is underway across the world’s oceans, and we are seeing momentum towards the development of a new industry with the first Asia-Pacific Deep Sea Mining Summit held in Singapore in September.

While this emerging industry could provide access to important raw materials, the risks involved are many. Mining up to 6 km below the ocean surface has never been done before. It will interfere with fragile ecosystems and unique biodiversity in the deep oceans. Deep seabed mining is likely to involve the destruction of habitat and damage to the fauna associated with mineral deposits, such as cold-water coral and sea life around hydrothermal vents.

The mining process is also likely to create massive sediment plumes that could lead to alterations in the seabed and water column communities and affect food availability. The distance that plumes will travel is not known.

Perhaps the most problematic factor is our lack of knowledge of the potential environmental effects, particularly any cumulative effects with other ocean uses or multiple mining operations in an area. As a recent WWF report underlines, data on marine ecosystems remains limited. In fact, the deep sea is the largest and least known ecosystem on the planet.

To minimise these risks and uncertainties, we need a strong regulatory framework.

So who is able to regulate this emerging industry? The answer depends on where the deposits are located.

Under international law of the sea, states have jurisdiction over resources in the water, seabed and subsoil within 200 nautical miles (370 km) of their coast. A state’s rights over the seabed can reach further if it makes a claim to jurisdiction over an extended continental shelf. Seabed mining within these zones is regulated by each coastal state itself, although some states are only just starting to regulate this emerging industry.

Most mineral resources are, however, likely to be located on the vast international seabed, beyond national jurisdiction. This international seabed covers roughly half of Earth’s surface, and is subject to a unique legal regime based on the 1982 United Nations Convention on the Law of the Sea.

When the Convention was negotiated, states agreed that the international seabed and its mineral resources form part of the “common heritage of mankind”. The aim was to ensure that the mineral wealth of the deep sea would be shared among all, rather than being exploited by a few technologically advanced states that have the capacity to recover minerals from several kilometres' depth.

To this end, the Convention established the International Seabed Authority (ISA), headquartered in Jamaica. The ISA is a small but powerful institution that regulates and administers all seabed mining on the international seabed on behalf of everyone. The ISA has so far approved 27 exploration contracts for public and private entities, covering a total of some 1.28 million square km.

The vast majority of these exploration contracts were issued in the past four years, during which the emerging seabed mining industry has rapidly gained momentum. Against the background of this “gold rush”, the ISA is now developing a regulatory framework for commercial-scale seabed mining. This is proving a considerable challenge.

The need for a public debate on seabed mining

Many questions remain unanswered. Will the regulations foresee a staged approach, first trialling mining on a small scale to assess the environmental impacts before authorising large-scale operations? What level of harm to marine ecosystems is deemed acceptable by the public? How will it be ensured that mankind as a whole can benefit from the use of the international seabed? What level of returns will the ISA receive from the mining operations?

We currently have the chance to set in place environmental and social safeguards before commercial deep seabed mining starts. To make the most of this opportunity, though, we need a robust public debate about the risks, benefits, and regulatory parameters of seabed mining.

But the challenge is that deep seabed mining is not yet widely discussed. The ISA remains a little-known institution, despite regulating and controlling access to raw material on half of the planet’s surface.

Greater awareness and engagement will be critical to arrive at a strong regulatory framework for this new use of our oceans in a way that benefits all mankind.

Aline Jaeckel is a casual academic and PhD candidate at UNSW Law.