Opinion How to take the brakes off Australian innovation

There is an elegantly simple solution to the single most important problem that is holding Australian innovation back – access to early stage venture capital, writes Brad Furber. 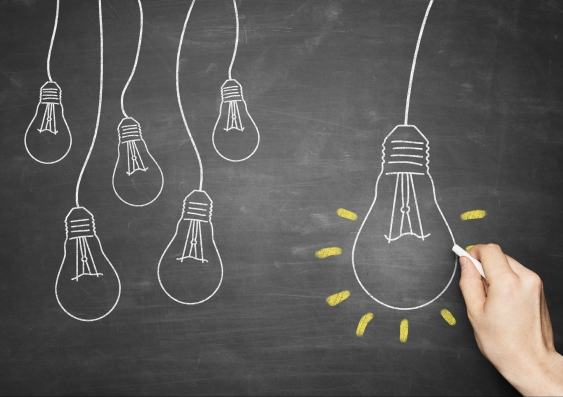 OPINION: Australia’s innovation system is much like a high performance car stuck in first gear. This week’s federal budget goes some way to dismantling taxation and regulatory barriers. Yet there is an elegantly simple solution to the single most important problem that is holding Australian innovation back – access to early stage venture capital.

It’s widely accepted globally that innovation will drive growth and prosperity into the 21st century and Australia has long had most of the key prerequisites of a healthy innovation ecosystem in place. In terms of indicators like science and technology occupations, growth in R & D spending and top research publications, Australia is highly competitive compared to other advanced economies.

But without adequate pools of sophisticated seed and early stage capital to back high-risk and high-reward ventures, many potentially great Australian ideas, technologies and breakthroughs currently move offshore, generate wealth offshore, fail to scale globally or just wither up and die Down Under.

In 2014, Australian venture capital funds invested approximately $100M, up 26% over 2013. That might seem like good news. US venture capitalists, however, invested more than US$48B over the same period, up 61% over the prior year. By any measure Australian venture capital metrics are lagging significantly behind the USA, UK and Canada. Our own region too is moving ahead. The Chinese government recently put up US$8.3 billion in seed stage capital, South Korea is implementing a US$4 billion Creative Economy Initiative and New Zealand is prioritising innovation through government supported programs.

Consequently, Australia has concurrently failed to generate enough “deal flow” to create a competitive marketplace of experienced and successful venture capital fund managers with a prior history of generating globally competitive internal rates of return. This means we also have an innovation financing ‘skills and experience gap’ to deal with.

The federal budget was a step in the right direction. Changes to employee share schemes will improve the ability of cash constrained start ups to attract, retain and motivate the talent they need to launch and grow. But that’s only on the Labor side. It doesn’t address the critical shortage of early stage risk capital. A solution, however, could be as simple as taking a leaf out of Canada’s play book.

A new Canadian pilot program is leveraging immigration to build a new central venture capital “fund of funds”. It offers proven entrepreneurs and business owners with a net worth of over C$10M permanent residency in exchange for a 15-year commitment of at least C$2 million. Unlike previous business migration programs that have mainly attracted investment in real estate this program asks aspiring new Canadian residents to assume real financial risk. A due diligence process ensures applicants have real business acumen and did not acquire their wealth through unlawful activities or merely inheritance. Applicants must also pass a language proficiency test.

Should Australia institute a similar pilot scheme, it would take only 500 successful applicants to inject $1B of new venture capital into the economy, a tenfold increase over current annual levels. Given that China alone has over 67,000 super rich (personal wealth of US$16M or more) there should be no shortage of qualified applicants for a similar Australian Immigrant Investor Venture Capital Program.

Let’s say that a new Australian $1B VC “fund of funds” could back ten $100M VC funds. That would not only fund the many early stage innovators and entrepreneurs in Australia, it would also provide the financial infrastructure necessary to create a more competitive VC fund ecosystem, helping to close the local skills ‘gap’.

As a recent migrant to Sydney, with more than two decades experience launching, financing and growing start-ups and emerging growth ventures in North America and Europe, I am now familiar with what Australia can do. Names like Atlassian, Seek, Gardasil and Cochlear come to mind. I am also well aware of the enormous potential for innovation and invention within Australia’s universities and research institutes. Australia really could, and should, be the bridge between mature Western economies and newer Asian growth – if it can get its innovation ecosystem right.

The recent collapse of global iron ore prices, and the consequent dent in revenue streams, only highlights the need for long term economic diversification. Innovating to secure funds for innovators, and so keeping the best and brightest in Australia, is a good place to start.

Brad Furber is an entrepreneur, investor and lawyer with 25 years of international start-up, emerging growth and venture development experience. He is the Chief Operating Officer of the new Michael Crouch Innovation Centre at UNSW.

An edited version of this piece was published in The Australian.