Not all innovation is geared toward commercial gain. UNSW magazine looks at three social initiatives making a difference in the world. 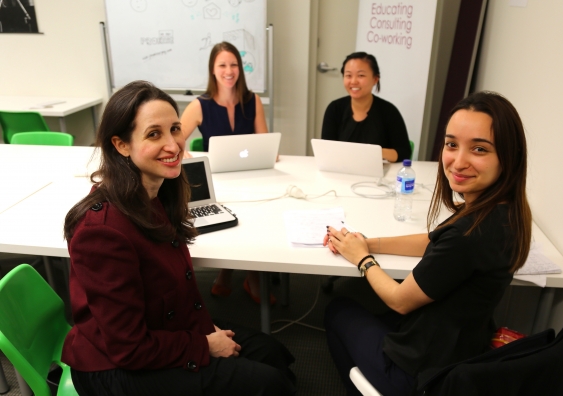 They might not know it, but the students working in a shared office space in Sydney’s Edgecliff are social innovators. The students, from the faculties of law and business, are working at the Social Impact Hub on projects with real-world clients with  a social focus, including social enterprises (for-profit business with a social bent) and not-for-profits. In exchange they get course credits, professional experience and a taste for innovation.

“Our aim is to create UNSW alumni who are passionate about making a difference and have the skills to do it,” says hub director and Adjunct Lecturer at UNSW Law, Jessica Roth, who was inspired by a similar program at Harvard.

It’s work that gives students a sense of purpose and opens their minds to career opportunities. “I wanted to do something to help, rather than just doing a paper to get a mark,” says Master of Commerce student, Jillian Kornie.

Roth says while some participants will gravitate towards entrepreneurship, others might become “intrapreneurs”, those who may not launch a startup, but instead change their organisation from within. Both are worthwhile pursuits, Roth believes.

It’s a sentiment espoused by UNSW’s new Michael Crouch Innovation Centre. Director Brad Furber says the centre aims to dispel the notion that being an innovator or entrepreneur  is solely about starting a business. Some of UNSW’s most popular courses, he points out, are in social innovation, including the Graduate Certificate in Social Impact offered by the Centre for Social Impact.

At the Social Impact Hub, one of the five projects underway involves students devising a campaign for the Australian Charities Fund to expand giving in the workplace nationally, targeting Generation Y partly through social media.

Rose Khattar, who is studying Economics/Law, says the work has been far-reaching and rewarding: “I didn’t know anything about workplace giving two months ago, but now we’re nearing the end, we feel confident in what we’re coming up with.”

Serial entrepreneur Dorjee Sun is already making good use of that growth. Since graduating from a UNSW Commerce/Law degree in 2001, he has founded or co-founded 16 social businesses – 15 of which generate revenue or raise money. 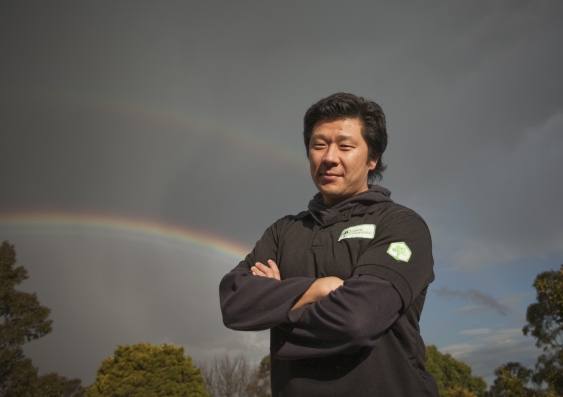 Sun was named a Hero of the Environment by TIME in 2009 for his work as a carbon trade broker. But he is perhaps best known for his project fighting deforestation in the Indonesian province of Aceh, which was the subject of the award-winning documentary, The Burning Season, narrated by Hugh Jackman.

This year Sun is running a two-week intensive course for law and engineering students called Unswot, which aims to use innovation to tackle some of Australia’s most challenging problems, such as the lack of affordable sustainable housing.

Apart from coming up with entrepreneurial ideas, Sun hopes students will develop connections. “The people you know lead to the opportunities you get,” he says. “If we double connections, we should be able to double innovation.

“This course is a call to action to help each other. There’s  a bigger pie if you help others out.” 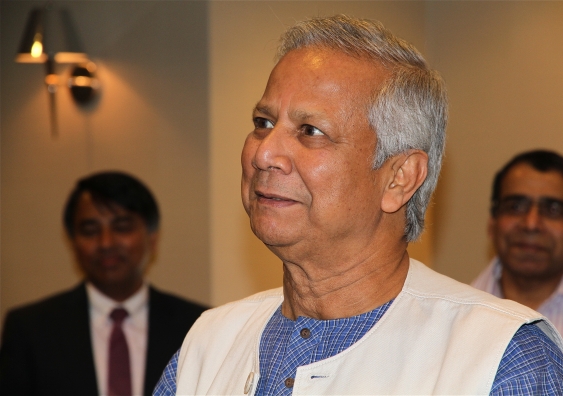 The hub will help researchers  and students collaborate on social enterprises to improve  the health of poor and marginalised communities. A first for an Australian university, it will be part of a global network  of university-based Yunus Social Business Centres.