No matter how one cuts the data, there's no evidence that conservatives are better managers of the economy, writes James Morley. 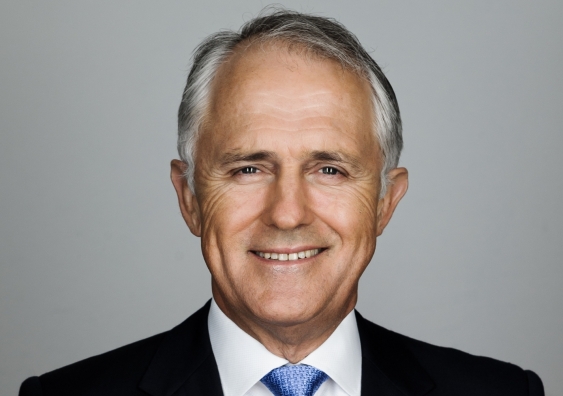 OPINION: Conventional wisdom holds that conservative politicians are more prudent stewards of the economy. These politicians are often happy to reinforce this view by citing their business acumen and denigrating the experience – or lack thereof – of their opponents.

In Australia, Prime Minister Malcolm Turnbull has positioned himself as a successful manager of economic transition in advance of the next election.

But what if we were to take the business metaphor seriously and hold politicians to account with a performance review in terms of “measurable outcomes”? Would there actually be any evidence for the view that conservatives are better managers of the economy?

The key performance indicators (KPIs) in this context are economic growth and, possibly, inflation. And you might think it obvious that conservatives outperform their progressive counterparts given their penchant for deregulation and tax cuts. Ronald Reagan’s “Morning in America” after Jimmy Carter’s era of “stagflation” would seem to settle the case.

Or perhaps the Reagan/Carter example is too carefully selected and the actual role of politicians in guiding the fortunes of the economy is far less significant than they tend to claim. That would have been my guess before looking at the data.

However, in a new paper, Princeton professors Alan Blinder and Mark Watson have actually looked at the data and they find a striking difference in the performance of the US economy under Democratic and Republican presidents. And the Democrats perform much better than their conservative counterparts.

Since the second world war, average annualised growth of US real GDP has been 4.33% for Democratic presidents and only 2.54% for Republican presidents. The difference is statistically significant and robust. Inflation has also been lower under Democrats, although the difference is not significant.

Now, you are probably thinking of a lot of possible explanations for this finding that don’t necessarily imply conservatives are worse managers of the economy. But Blinder and Watson have probably thought of even more possibilities and have addressed them thoroughly in their paper.

In terms of the KPI analogy, the first objection might be that the executive powers of the US president are more constrained by legislative checks and balances of Congress than a CEO is by a board of directors or shareholders, let alone a prime minister at the head of a loyal party. This is certainly plausible.

So, perhaps, US presidents can be held accountable for what happened under their watch.

Now you might ask, who really cares about the real GDP? Probably only a few macroeconomists like myself, right?

But real GDP growth turns out to be correlated with a lot of other stuff that people do care about.

For example, and probably not surprisingly, the unemployment rate fell under Democrats and rose under Republicans.

Perhaps more surprisingly, labour productivity and real wages grew faster under Democrats than Republicans, although the statistical significance is mixed.

Definitely more surprisingly, fiscal conditions in terms of structural budget deficits were worse under Republicans than Democrats, although not significantly so.

Completely surprisingly, corporate profits (as a share of total income) were significantly higher under Democrats than Republicans. In the words of Blinder and Watson, “Though business votes Republican, it prospers more under Democrats.”

So, however one sets the KPIs, the Democratic presidents come out on top.

The secret of failure?

Why did conservatives do worse? This is the tricky question that Blinder and Watson only partially answer.

Republicans were in the White House for 41 of the 49 quarters since the second world war in which the US economy was classified as being in recession by the National Bureau of Economic Research.

So maybe Republican presidents just had to deal with the hangover from the profligate Keynesian policies of their Democratic predecessors.

But, again, there is no support for this in terms of any indicators of fiscal (or monetary) policy. Meanwhile, Republican presidents actually tended to benefit from more momentum in the economy at the start of their terms.

Blinder and Watson find that Democratic presidents mostly had the benefit of more benign oil shocks and international economic conditions, which were arguably beyond their direct control.

In fact, the only Keynesian story that has traction in the data is the fact that consumer confidence was higher when Democrats were elected (perhaps “Happy Days Are Here Again” after all). But, as Blinder and Watson acknowledge, sorting out causality from correlation is particularly difficult with measures of confidence.

Looking at the Australian context, the difference in average real GDP growth across Liberal and Labor governments is not statistically significant, although the Liberals’ average has been somewhat higher at 3.58% compared to 3.18% for Labor since 1959 when quarterly data became available.

But a lack of significance means this could reflect just a few outliers rather than a systematic pattern. Notably, the comparison is even closer since 2008, with 2.43% for Labor in the face of the Global Financial Crisis versus 2.60% for the Liberals at the end of the mining boom.

No matter how one cuts the data, conservative politicians simply don’t perform so much better than their opponents as they would have us believe. At the same time, the reasons for their left-wing counterparts' economic successes cannot be easily tied to better policies. Instead, it could simply be a “feelgood factor” that, alas, few of the current US presidential contenders seem to engender.

As for Turnbull, he might do best to focus less on his economic management skills and more on promoting confidence – or perhaps even chasing rainbows (coincidentally the name of the musical that first featured “Happy Days Are Here Again”).