When ordinary Indonesians see the “big boys” engaging in corrupt behaviour and getting away with it, they are less likely to be good tax paying citizens themselves, write Chris Evans, Arifin Rosid and Binh Tran-Nam. 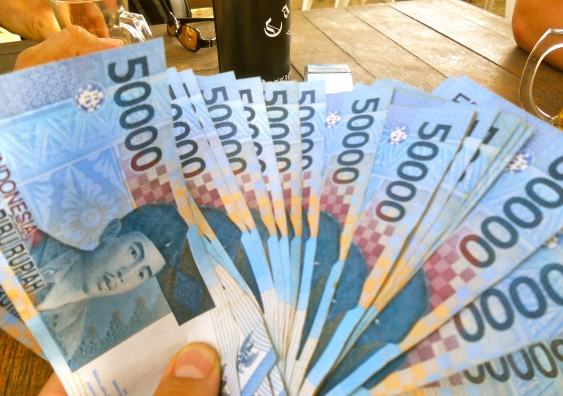 OPINION: It’s vital for Indonesia, which is struggling to increase tax revenue, to stamp out corrupt activities wherever possible.

A developing country with a population of 250 million, Indonesia is Southeast Asia’s biggest economy. But Indonesia has only 27 million registered taxpayers. The Economist reported that fewer than a million people paid what they owed in 2014.

In response, the government has placed a lot of emphasis on seeking to reduce petty corruption. In the tax domain, the government has carried out corruption risk mapping, by implementing a rigorous internal control system and code of conduct within the Directorate General of Taxation and by selecting tax officials with high integrity and strong organisational values.

But our research found that although petty public corruption cannot be ignored, the government may get the biggest “bang for the buck” in tax collection by focusing more on stamping out a type of corruption we call “grand corruption”. This is corruption by the highest levels of government and tax officials.

The research confirms a critical link between perceptions of the level of corruption in a society and the willingness of citizens to report their income and pay their taxes.

Our research also shows that corruption by politicians and public officials deemed “high and mighty” by the public has a greater negative impact on tax compliance than corruption by minor officials.

For the study, we classified different types of corruption into “grand corruption” and “petty corruption”.

We also distinguished corruption in the Directorate General of Taxation from corrupt activities in all other government sectors.

To find out the levels of perceived corruption, we interviewed tax officers, tax advisers and taxpayers and surveyed nearly 400 employed and self-employed taxpayers across Indonesia.

The research established, quite predictably, that high levels of perceived corruption were evident across the country.

Even the most cursory glance at Transparency International’s latest Corruption Perceptions Index would tell you that Indonesia does not perform very well in this area. Indonesia ranked 88th out of 167 countries worldwide. This is well behind neighbouring countries such as Singapore, which ranked 8th, Australia (13th) and Malaysia (54th).

Surprisingly, where taxpayers considered levels of petty corruption by government officials or tax officials to be high, the relationship between corruption and tax compliance was not so strong. Survey respondents were not so inclined to hide their taxable income.

Perhaps taxpayers take for granted that there will be some localised and minor corruption in their day-to-day dealings with government officials. It seems that people’s tax reporting behaviour is not greatly affected by the existence of “grease money” practices.

But when they see the “big boys” engaging in corrupt behaviour (and presumably getting away with it), that impels them not to be as good taxpaying citizens as they otherwise would be.

The outcomes of the research have significant policy implications. Only when “grand corruption” has been eradicated will citizens more likely be willing to comply with their tax obligations.

Arifin Rosid is a PhD Candidate in Taxation and Business Law, UNSW.

Binh Tran-Nam is a Professor in the School of Taxation and Business Law, UNSW.