As in Australia, the process of abolishing the death penalty in Indonesia will take time, led by people with a deep commitment to the value of human dignity, writes Patrick Earle. 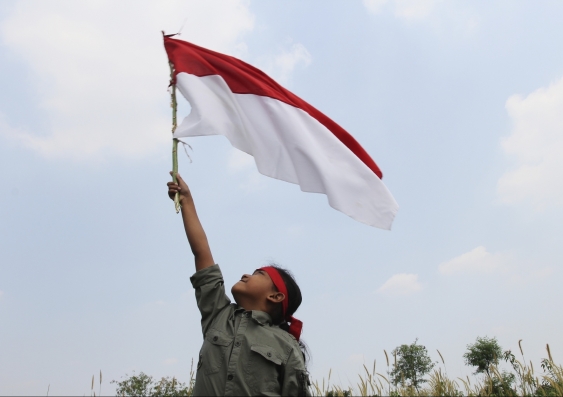 In all the sadness, sympathy and anger at the executions of Myuran Sukumaran​ and Andrew Chan and the others executed in Indonesia, we should acknowledge and appreciate the efforts and work of the human rights advocates and NGOs in Indonesia. They fought so hard to save their lives in recent months – and continue to work for the abolition of the death penalty there so that no one else is subjected to this cruel and inhuman punishment. Their efforts have helped to so far spare the life of the young mother from the Philippines, Mary Jane Veloso.

Their work may be unpopular and difficult in a country where there is still wide support for executions. But it is through their work and efforts – in changing public opinion, taking legal cases, lobbying politicians, and engaging the UN that the death penalty will be abolished – that those convicted and their families and loved ones will be spared the anguish and pain of state-sanctioned murder. Australia should now be looking to the long term at what can be done to support these individuals and organisations in Indonesia and across the region in a shared mission of abolition.

Foreign Minister Julie Bishop acknowledged the work of one of these Indonesian NGOs – Migrant Care – in her speech to Parliament earlier this year. Anis Hidayah​ is a courageous woman who leads Migrant Care – which fights for the lives of Indonesia's migrant workers on death row across the world and for their rights as migrant workers. She argues from principle and pragmatism – the lives of Indonesians on death row in Riyadh, Kuala Lumpur and Singapore are more likely to be spared if Indonesia opposes the death penalty in all cases.

Rafendi Djamin​, who leads Indonesia's Human Rights Working Group and is Indonesia's representative on the ASEAN Intergovernmental Commission on Human Rights, also spoke out. Haris Azhar​ who leads Kontras, an Indonesian human rights NGO, issued an urgent ASEAN wide appeal to save the lives of Myuran and Andrew and the others through an ASEAN-wide civil society network established by another Indonesian human rights defender, Yuyun Wahyuningrum. They are among many, but their work is made more difficult if the argument is made one between Indonesia and Australia as countries. No country wants to be told what to do by another country.

This is one of the values of internationally agreed human rights standards – they reflect the values that every country has voluntarily signed up to – acknowledgements of human dignity that transcend borders and draw from all faiths. The standards are there, but they are breached by all governments. The UN has appointed independent experts to monitor these breaches, to hold governments accountable and to engage governments in dialogue, where governments are willing to listen. If all governments treat these independent officials with respect, whether they like what they say or not, then they can be more effective.

There are individuals and organisations in both Australia and Indonesia who are working, sometimes together, to ensure that their governments take principled and consistent positions on all human rights – popular and unpopular.

It is worth remembering that work to abolish the death penalty also used to be unpopular in Australia. Abolition of the death penalty in Indonesia will take time, as it did in Australia. It requires action individual case by individual case, it means persuading judges and politicians that taking life is wrong, and persuading more of the public that it can never be right for the state to coldly kill people in its custody. The movement toward abolition is being led by Indonesians with a deep commitment to the value of human dignity, who see the death penalty as a negation of these values. They are working with others in Australia and internationally. They deserve our acknowledgement and support.

Patrick Earle is a visiting fellow at UNSW Law and the executive director of the Diplomacy Training Program.

Making a difference for human rights