Violence is no stranger in the world of illicit drugs. But Sydney’s injection room gives its users a much-needed respite from it. 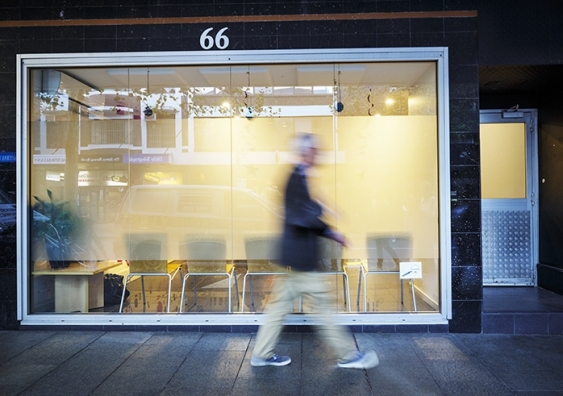 The injecting room at Kings Cross is a safe haven from the forms of harassment and violence clients may experience outside the centre. Photo: Uniting MSIC

With no drug overdose deaths on its premises in its 20 years of operation, Sydney’s only medically assisted drug injecting room has done what it set out to by saving the lives of more than 10,600 people who overdosed on the premises.

Latest research from UNSW Sydney and Western Sydney University has discovered another key benefit to the health of people using the Medically Supervised Injecting Centre (MSIC): a refuge from violence.

In a study published in the International Journal for Crime, Justice and Social Democracy, criminologist George ‘Kev’ Dertadian from UNSW Law & Justice interviewed 20 men who regularly used the injecting room at Kings Cross to safely manage their opioid or amphetamine habits.

“Past research has already shown that the Medically Supervised Injecting Centre has made people’s lives healthier in other ways, whether that's reducing drug use, or entering treatment services, or connection to other forms of social services,” Dr Dertadian said.

“But what comes out of our latest research is that this service deals with people whose lives are highly marginalised and precarious, and that it acts as a kind of safe haven from the forms of harassment and violence they experience outside of the centre on a daily basis.”

Dr Dertadian said the interviewees explicitly described the MSIC as a place where their health and their drug use became safer, which by extension, made their lives more manageable. In the case of 18-year-old Yasim, visiting the MSIC was a better option than injecting drugs on the street as it allowed him to drop his guard because “you don’t have to look over your shoulder every two minutes”.

Of the men aged between 18 and 35 who took part in the research, all had experienced violence and abuse relating to their drug use from other family members, other people who use and sell drugs, police and from members of the public.

Eight of the 20 men interviewed had spent time in jail, and the researchers say stressful histories of traumatic violence was a common theme. 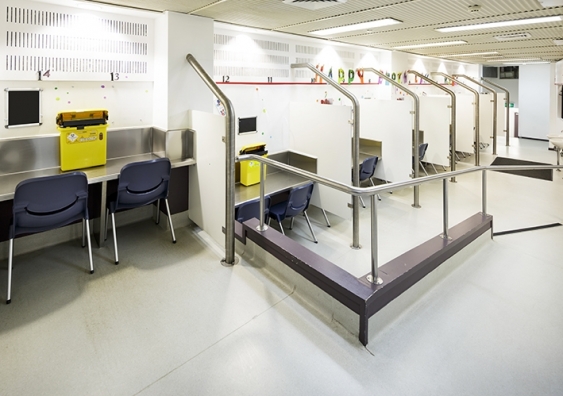 All of the men interviewed reported sleeping rough on multiple occasions, with some saying it was a permanent living arrangement. With approximately a quarter growing up or living in Western Sydney, the longer distances to travel to MSIC contributed to the men’s decision to sleep outdoors near the centre. Under-funded inner-city housing services were regularly unable to accommodate the men.

Thirty-five-year-old Chris told the researchers: “When I’ve been out of jail, I might have been through Matthew Talbot [local homeless shelter], like anywhere that’ll take you I’ll go. If they won’t take you, I sleep rough.”

One of the added risks of sleeping outdoors is exposure to the elements as well as to unprovoked violence. But even couch surfing presented its own dangers, as recalled by 35-year-old Aaron.

“Like I was living in this house. It was absolute squalor. I’d lost 15 kilos. I didn’t feel at all safe eating in there. I thought I would get sick.”

Violence towards people who inject drugs could also come from the men’s own family and friends and be a key reason why returning home wasn’t an option for some. Yasim spoke about his relatives reacting violently when they found out he was injecting.

“I had two of my cousins [almost] lash me to death because they saw these [track] marks and all of that stuff… They caught me and then bashed me, kept screaming at me, yelling at me, slapping me. Then it got to a stage where they’re just swinging their shirts [at me], and it was a real big royal rumble.” 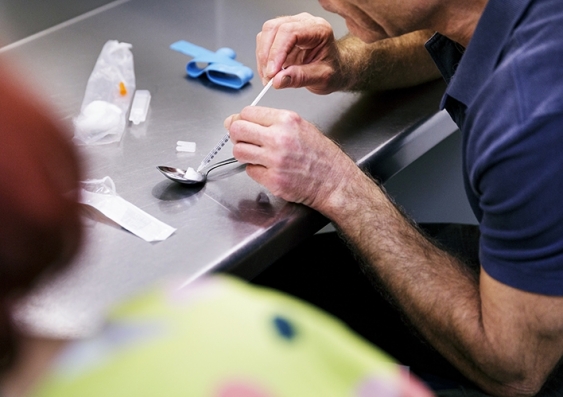 Clients said the MSIC was a better option than injecting drugs on the street as “you don’t have to look over your shoulder every two minutes”. Photo: Unitiing MSIC

The act of buying drugs was also fraught with danger, and with impoverished communities under the constant threat of arrest, they were unable to report any personal victimisation due to fear of exposure to unsympathetic police, creating the conditions under which violence thrives in the drug market.

Many men reported that even when buying drugs from those regarded as friends, there was the potential for a violent altercation. Zane (35) talked about asking a “so-called mate” to help a friend from Orange who’d just arrived in Sydney, only to hear his mate had used it as a chance to rob his friend. And Mark (33) described an associate living in a share house that he visits at least once a week.

“Every single time I go there, there’s incidents. People have been like stabbed, punched, kicked, bashed. It’s always problems there.”

Craig (35) thought it was inevitable that violence will “fall your way” in the drug scene, while Aaron told of seeing “dealers around here like being beaten up, and people try and take their drugs off them”.

Another factor that contributed to the choice to sleep rough was the desire to limit contact with police when traveling to and from the MSIC. The frequency and intensity of police harassment were widely discussed by the participants.

Paul (32) described being targeted by police when just going about his business.

“They start searching us, and then they started talking aggressive and stuff, man. Like, ‘What’s your name?’, ‘Are you sure you’re not on drugs, mate?’, ‘What are you doing with this guy?’, you know? ‘Where’d you get these, mate?’, ‘This better be your name, mate’, ‘I know you’ve got drugs’.”

“Then I got handcuffed and dragged out of the back of the paddy wagon by one foot. But my handcuffs were tied behind my back. So imagine doing that, getting taken out of the paddy wagon and just like literally smashing my tailbone on the concrete from a metre and a half… like I had bruises all over my arms, everything.”

Dr Dertadian said while many interviewees presented surprisingly sympathetic accounts of officers and their challenging jobs, allegations of police violence appeared to be common.

“The injecting centre does however enjoy support from high-level government and police officials, meaning that there is agreement that officers do not enter the centre itself,” he said.

“So in that way the centre acts as a much-needed safe place, away from the harassment and violence of police they experience outside its protective walls.”

Harassment from the public

Somewhat surprising to the researchers was the widely reported occurrence of abuse from the public, or as 23-year-old Ross describes them, “randoms on the street”. This included being subjected to hostility in and around local businesses from shop attendants and security personnel.

“People do target you because you’re homeless or because you look a certain way, or because you use drugs, or they think you’re a junkie. Actually, that has happened to me quite a bit,” said Bill to the researchers.

James (32) described being refused use of a business’s toilets.

“I’d spilled ice cream on my hands when I was eating. I just wanted to go use their bathroom. Anyway, she just said to me, ‘no, no, get out’. Then she said, ‘no junkies in here’. I said I just want to wash my hands.”

Dr Dertadian said forms of harassment by the public were so common that they were viewed as inevitable.

“While we know that people who inject drugs are highly marginalised in society, and that means they might be vulnerable to mistreatment, I was taken aback by how common it was for participants to cop abuse from total strangers. Imagine trying to get some rest at night only to have a random guy in an expensive suit tell you you're scum. It’s an ugly view of how we treat those most vulnerable in our society.”

Dr Dertadian and colleagues have previously called for an expansion of the number of safe injecting rooms in Sydney that could help drug users living in the suburbs.

While this research focused on men’s experiences, the findings are likely to be applicable to and perhaps even more intense for women, trans and gender diverse clients. Further research is essential to understand the way differently gendered experiences among clients impact safety in public space, the drug market and in contact with police, the researchers say.