Opinion Inquiry leaves too much to market self-discipline

Financial system regulation places far too much faith in self-proclaimed fairness and in systems that have not been properly tested, writes Justin O'Brien. 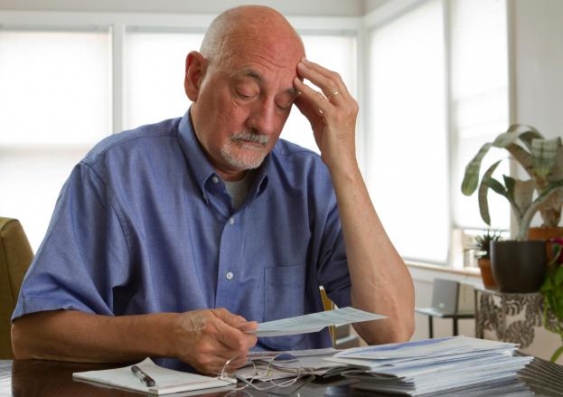 OPINION: “We are embarking on a phase in which confidence will have to be sustained in light of some new realities,” intoned David Murray, the chair of the financial system inquiry. Whether there are grounds for such confidence remains contested. The interim report is unlikely to reduce an increasingly acrimonious but necessary debate.

Search the interim report in vain for judicial criticism here in Australia of the mis-selling of complex financial instruments (Wingecarribee Shire Council v Lehman Brothers Australia) and over-reliance of the securitisation industry on inherently conflicted credit ratings agencies (ABN Amro v Bathurst Regional Council). Instead, read in the report extensive discussion about how disastrous mismanagement offshore led to ineffective governmental intervention that preordains failure, at least in terms of economic theory, because it generates the possibility of sustaining institutions that are “too big to fail”.

It argues Australia must avoid this perception. Let the market do its work. If the falsification of such an assumption were not so comprehensive – and so debilitating for the societies that had no choice but to bail out failed banks for reasons of domestic political economy – the continued faith in market discipline would be touching.

The interim report’s soothing domestic tenor stands in marked contrast with the recent Senate investigation into the performance of the Australian Securities and Investments Commission following a financial advice scandal at Commonwealth Financial Planning, a subsidiary of the Commonwealth Bank of Australia.

The Senate’s findings came too late for the Murray team. Pressure to complete a self-imposed print deadline meant that the FSI had no time to incorporate diametrically opposed conclusions about the fundamental nature of the financial system.

Some deadlines are immutable. Rushing to print without fully taking into consideration bipartisan political concern about abhorrent behaviour apparently tolerated within one of the most respected financial institutions in the country and the possibility that the misconduct may have been pervasive was a strategic mistake.

In sharp contrast, the FSI interim report paints a picture of a well-governed financial sector, in which both institutions and regulators reward prudence over avarice; stability over reckless risk-taking; the report has an over-arching commitment to principles of fairness.

“Fairness is an important policy objective of the financial system. Unfair outcomes discourage participation and ultimately economic efficiency, increasing political pressure for unnecessary regulatory change. Fairness is also a principle underpinning several aspects of financial system law, including regulation of financial markets and services.” Nowhere, however, does it explain the curious concept of “financial system law”. Nor does it appear to accept that fairness is an end in itself not a cloak to maintain what may well be unwarranted confidence. The closest it gets to an underpinning normative purpose is when it suggests that “fairness involves fair treatment by applying the concepts of integrity, honesty, transparency and non-discrimination . . . which go to building trust in the financial system.” However, this raises more questions than it answers.

If integrity means operating within the law, many of the actions seen in the global financial crisis were legal if unethical. It remains very much an open question whether integrity in the investing process so narrowly defined is at acceptable standards for registered investment advisers and dealers or of the audit and legal professionals who provide sign-off.

Formal codes of ethics and codes of conduct, for example, need to be evaluated. The kinds of conduct needed to further those values and the manner in which guidance is provided to handle various ethical dilemmas and temptations are essential to effective risk management.

Having a system in place is not the same as demonstrating that it works. However, nowhere is there any reference to this recalibration of the management of risk in the interim report. Instead we have an unmistakable bias against regulatory encroachments. Leave it, the report appears to suggest, to the experts, a highly questionable assumption.

The limitations of disclosure as a regulatory tool, for example, are accepted but blamed on inappropriate government and regulatory interventions. These tend to privilege legal compliance rather than a focus on how best to inform consumers, and continue to influence the design of disclosure documents.

A similar unease is expressed in relation to the form and function of corporate governance. “Market discipline, through competition or self-regulation, is generally preferred to government intervention,” it concludes, reprising the regulatory philosophy espoused by its 1997 predecessor, the Wallis inquiry.

The time for reliance on stated commitment to high ethical standards has come and gone. The latest incarnation of the financial system inquiry remains wedded to assumptions that privilege inertia over action and ideological commitment over rationality. In cost-benefit terms, the rushed release was a deadline that would have been better missed.

Professor Justin O’Brien is Director of the Centre for Law, Markets and Regulation at UNSW and an Australian Research Council Future Fellow.

Risks or rewards? What the Volcker Rule means for Wall Street