UNSW's Airport Economist Tim Harcourt is punting on an interest rate cut from the Reserve Bank on Tuesday, just half an hour before the starter's pistol fires for the Melbourne Cup. 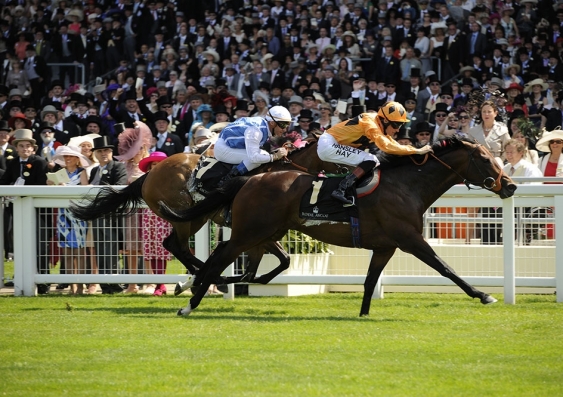 UNSW's Airport Economist Tim Harcourt is punting on an interest rate cut from the Reserve Bank on Tuesday, just half an hour before the starter's pistol fires for the Melbourne Cup.
"I'm betting on an interest rate cut by the Reserve Bank in a Melbourne Cup week, which will give the economists something to ponder as runners and riders go around the track at Flemington Racecourse in Melbourne just thirty minutes later,” Harcourt says.
He argues the chances of another interest rate cut when the Reserve Bank meets for its monthly meeting increased sharply following the release of much weaker-than-expected inflation numbers for the third quarter.
“Core inflation figures, which are closely monitored by the RBA, are much lower than expected. They rose just 0.3% during the quarter and 2.1% for the year. There is a lot of room for a cut in rates to boost the economy,” he says.
Known as the Airport Economist, Harcourt is the JW Nevile Fellow of Economics at the UNSW Business School, and has been monitoring the economy in the run up to what he is calling the “Melbourne Cup Interest Rate race”.
However, Harcourt says home owners and market participants will probably be able to enjoy race day without too much angst. "There will be no chance of a rate rise – just a cut which may put money in the pocket of punters who've lost their shirt".
“When you are punting on this year's Melbourne Cup, have a bit of sympathy for Australian export businesses who have to make their big bets on international markets in the Asian region, and gamble with exchange rates, which usually swing with any interest rate move."
Twitter Facebook LinkedIn