A Trump presidency will create a lot of uncertainty about many aspects of the economy and that is bad for confidence and investment, writes Richard Holden. 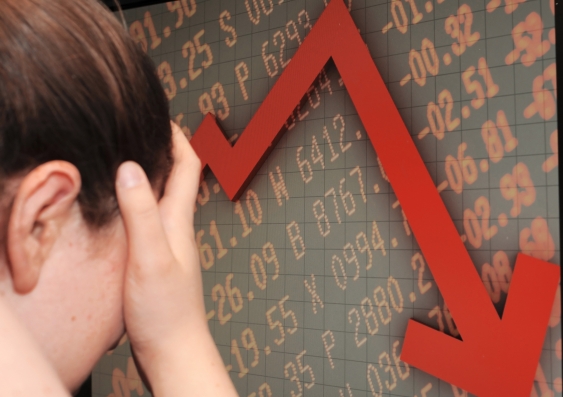 OPINION: I was going to write this column once we knew who was the US President elect, but as I sit here watching the election returns I realise that the stomach-churning I am experiencing is exactly what financial markets are going through as well. So it makes sense to write this in real time.

At 2pm Australian EST Down Jones stock futures are down 500 points (or 2.7%), the Mexican Peso down 7%, gold up 3%, Australian stocks down 2%. To put it bluntly, investors are losing it. And this is with Trump having a roughly 50:50 chance of winning.

The reasons that global markets are so worried about a Trump victory relate to both his economic policy and his foreign policy.

Update 2:20pm: Australian online trading sites are shutting down because of too much volume. The Mexican Peso is now down 10%. Bond markets were pricing in an 80% chance of a Federal Reserve interest rate hike in December – that’s now about even money (and falling).

On foreign policy, Trump has suggested that a number of non-nuclear states should have access to nuclear weapons. “Why not?” he has said. The answer to that rhetorical question is relatively simple: “because it substantially increases the chance of a nuclear war”. He has said he might not abide by NATO obligations, will cosy up with Russia, start charging foreign nations for US military bases, build a wall between the US and Mexico, and try to deport more than 11 million people from the US.

Since World War II America has been the indispensable nation in terms of global security. Trump may well end that. The kind of instability that would involve spooks markets because of the impact on confidence, investment, and international trade.

On economic policy, Trump has said he will abolish NAFTA and slap a 45% tariff on Chinese goods coming into the United States, slash taxes on the wealthy, thereby blowing up the budget deficit, and a whole bunch of other crazy stuff.

The growth of international trade has made consumers in countries like the US and Australia vastly better off. And it has helped countries like China move literally hundreds of millions of people out of poverty. A trade war between the US and China, and the end of NAFTA would start to reverse all that progress. That, in turn, would be horrible for businesses in the US (and Australia).

And although this is relatively low probability, let’s not forget what happened during the financial crisis. A massive and contagious loss of confidence led credit markets to completely freeze up. Big banks that rely on funding getting rolled over on a 24-hour basis (in the “Repo” and commercial paper markets) nearly went bust as a result. A series of wild moves by Trump could plausibly trigger the same sort of crisis.

It is entirely conceivable that there will be a brain drain from the United States with highly mobile workers in technology, science, and academia moving abroad. The fact that the US has been a net importer of high human capital individuals has been an important force behind its innovation economy. A Trump presidency could seriously damage that. Aside: I have already had numerous emails from scholars at top five US universities asking me if UNSW has any job openings.

There is only one thing I can think of that Trump has proposed that might be good. He has rightly noted that, because of the high US corporate tax rate, many US corporations have enormous amounts of capital offshore. He wants to provide incentives for those funds to be repatriated to the US. That might spur domestic investment. But only, “might”, because even with plentiful funds, if the whole economy is cratering businesses are not going to invest.

A Trump presidency will create a lot of uncertainty about many aspects of the economy, and that is bad for confidence and investment.

A potential economic catastrophe is coming soon to an economy near you.