UNSW Scientia Professor Jane McAdam was given the Law Award at the 2022 Human Rights Awards. 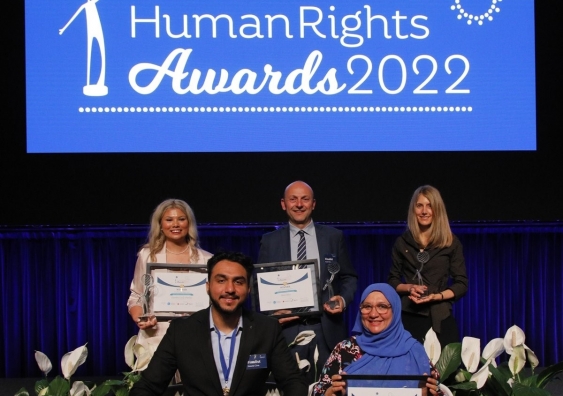 Professor Jane McAdam, the Director of the Kaldor Centre for International Refugee Law and one of the world’s leading scholars in international refugee law, has been awarded the prestigious Australian Human Rights Commission Law Award.

The award recognises the contribution of a person working within law to the advancement and protection of human rights in Australia.

Prof. McAdam has made an outstanding contribution to international refugee law and is also a pioneer of international law research in climate-related human displacement, helping transform the understanding of these key human rights issues in Australia.

The 2022 Human Rights Awards were announced at a ceremony on Friday 9 December as an in-person event for the first time since 2019.

“I am truly honoured to be selected for this award, especially given the calibre of my fellow finalists,” Prof. McAdam said.

“Global displacement is at record highs, with more than 100 million people displaced in the past year on account of conflict, persecution, human rights violations and the impacts of disasters and climate change. I am privileged to lead a talented and committed team at UNSW’s Kaldor Centre for International Refugee Law who are doing the long-term thinking to devise concrete solutions with and for those at risk. I regard this as a shared honour.”

“These are Australia’s most prestigious human rights awards,” said Professor Andrew Lynch, Dean of the Faculty of Law & Justice. “This is a well-deserved recognition of Jane McAdam’s contribution to the international human rights field, and I congratulate her on receiving this prominent award.

“The award is, as Jane acknowledged, recognition also of the work of the whole team she has led at the Kaldor Centre for International Refugee Law. Further, it speaks to the remarkable vision and commitment of Andrew and Renata Kaldor in working with UNSW to establish the Centre almost a decade ago and so generously supports its operations.”

Prof. McAdam's first book, Complementary Protection in International Refugee Law, was the first to comprehensively approach human rights-based protection and continues to be a major influence in refugee law practice and legislation in several jurisdictions. She works with affected communities to co-design legal and policy responses that help them adapt and reduce the risks posed by climate change and disasters, while also enabling them to move safely out of harm’s way if the need arises. 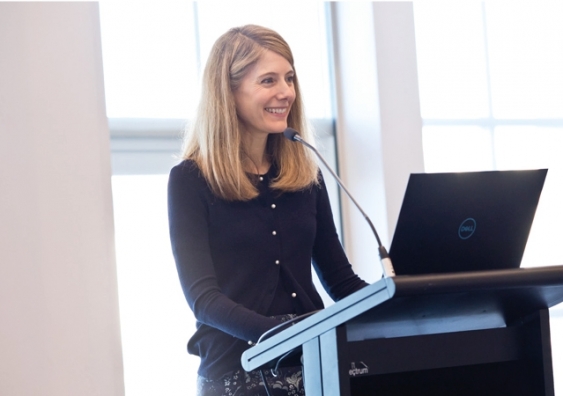 Director of the Kaldor Centre for International Refugee Law and one of the world’s leading scholars in international refugee law, Professor Jane McAdam.

In 2015, Prof. McAdam won the ‘Global’ category in the AFR 100 Women of Influence. In 2017 she received the prestigious Calouste Gulbenkian Prize for Human Rights (the first Australian recipient), and in 2021 she was appointed an Officer of the Order of Australia (AO) for ‘distinguished service to international refugee law, particularly to climate change and the displacement of people’.

Since 1987, the Commission’s Human Rights Awards have celebrated the important work of people, businesses and organisations who have advanced human rights in Australia. The 2022 awards received a high number of nominations, and 17 finalists were chosen across four categories. More information is available on the Human Rights Awards website.